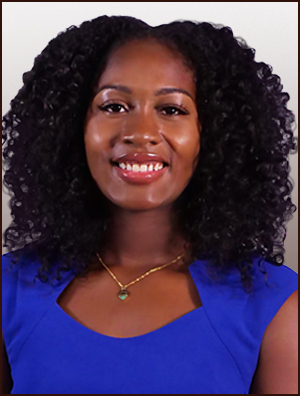 Naja Woods was hired at ABC57 news in 2019 as a producer, but has since taken on the role as a Multimedia journalist in September of 2021.

She was a three sport student-athlete who graduated from Knox College in Galesburg, Illinois with a major in Gender and Women’s Studies and a double minor in Journalism and Spanish. She spent her college years interning for her schools’ journalism department while working on an Oral History project that shared her school’s rich history through the lens of alumni. She is also passionate about helping others tell their stories.

The Minneapolis, Minnesota native unfortunately isn’t too fond of the cold and enjoys traveling to warmer climates, soaking up the sun on beaches. If she’s not traveling during her free time, she also enjoys staying active, whether that be playing basketball, tennis, or simply going to the gym. She also enjoys spending quality time with her family and her friends.

She is looking to make a difference in Michiana communities by helping others share their stories. You can email her at [email protected] with any story ideas.