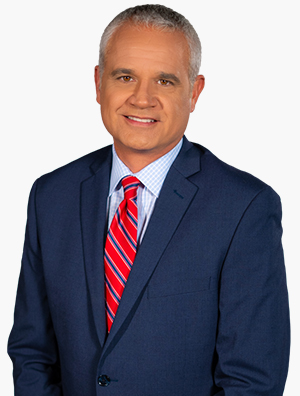 Emmy Award-winning journalist Brian Conybeare joined the ABC57 News team as a main anchor in January 2018.  It is a welcome homecoming for Brian who was born and raised in Benton Harbor and is thrilled to be back in Michiana covering stories that matter to local communities and families like his own.

Prior to joining ABC57, Brian worked as a general assignment reporter and fill-in anchor at CBS2 News in New York City.  During his time there Brian did extensive reporting on the recent terror attacks in New York, the 2016 presidential campaign, consumer scams and took viewers on exclusive tours inside a troubled nuclear power plant and New York’s growing medical marijuana industry.

Prior to joining CBS2 News, Brian worked as a special advisor on the New NY Bridge Project to replace the Tappan Zee Bridge over the Hudson River.  During his role as spokesman on the $3.9 billion project, he hosted hundreds of meetings with residents, business groups and schools helping people understand, what was at the time, the nation’s largest infrastructure project.

Brian also served as main anchor and managing editor at News12 Westchester where his investigative reporting earned him three New York Emmy Awards, five Edward R. Murrow Regional Awards and a national award from the Society of Professional Journalists. He covered major stories including the 9/11 terror attacks, the Pope’s 2008 visit to New York City and did exclusive investigations into a parking ticket scam involving a national car rental chain and rigged promotional giveaways at the Yonkers Raceway Casino that led to three arrests.

He currently lives in St. Joseph, Michigan with his wife Janna, their four children and two dogs. Brian loves spending time with family on the shore of Lake Michigan and tailgating at Michigan football games.