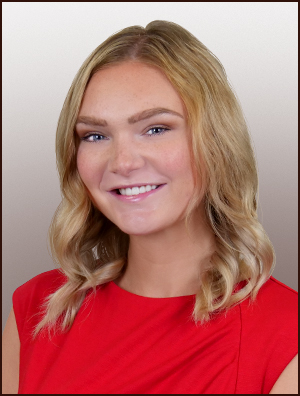 Julianne Grohowski joined the ABC57 news team in December of 2021 as a Multi-Media Journalist and is excited to be reporting the news in her hometown!

Julianne was born and raised right here in South Bend. She spent her childhood and early adult years training as a pre-professional ballerina at Southold Dance Theater, where she performed major roles in the Nutcracker at the Morris Performing Arts Center as well as various spring productions at Notre Dame’s Debartolo Performing Arts Center. She graduated from John Adams High School in 2018 where her interest in journalism began, writing for the student-run newspaper ‘The Tower.’

Julianne took her love of both performing and journalism into the field of television broadcasting, starting with pursuing a degree in Communication with a focus in Electronic Media and a minor in Political Science at the University of Indianapolis. She has been very successful while being involved in the Department of Communication, specifically the student-run television station, UIndy TV. She joined the UIndy TV management staff in 2020 as Director of Creative Services, then eventually worked her way up into the roles of Director of Programming and Executive Director of Broadcasting. She has played a role in over one hundred productions that air on UIndy TV’s channel as well as subsidiary streaming channels. In addition to news, Julianne also loves sports reporting! She has sideline reported almost every UIndy home basketball and football game for the last two seasons, which stream live on the Division II GLVC Sports Network.

Julianne completed an internship at WISH-TV Indianapolis in the fall of 2021, in which she gained valuable experience in a top 25 market as well as learned from and shadowed reporters, photographers, anchors, and producers daily. Her most memorable moment at her internship was when she pitched a story about an incident at her campus, and after getting picked up by the news director and reporter, it ended up being a big story in the community.

In her free time, Julianne enjoys spending quality time with her family, friends, and three kitties at home. She also loves to hit the gym everyday and lift weights! Julianne is a die-hard Chicago Cubs fan and loves to watch (or go to) games while they’re in season.

Julianne is excited to report on meaningful stories in her city! Do you have a story idea or tip? You can reach Julianne through Twitter, Facebook, or email.