Man arrested for battery after allegedly swinging ax at people 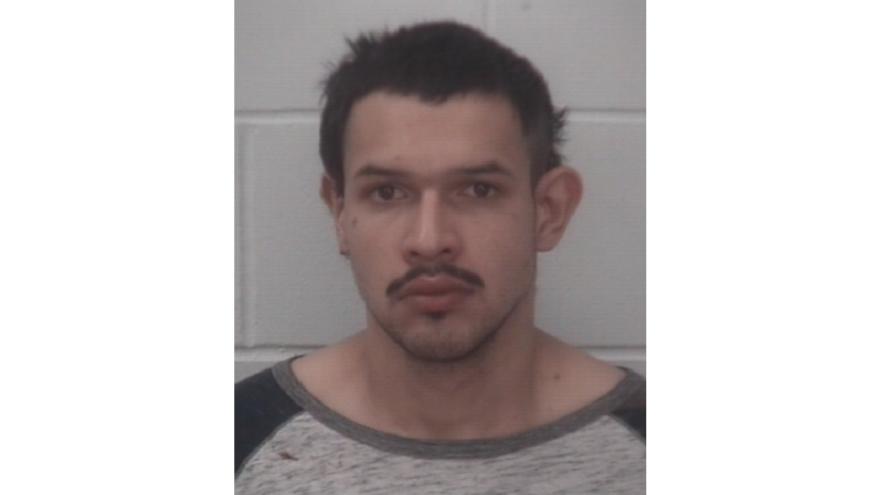 ELKHART, Ind. – A man was arrested on Monday for allegedly swinging an ax at two people and injuring them, the Elkhart Police Department reported.

At 5:52 p.m., an officer went to the 600 block of Markle Avenue for a report of a male who had swung an ax at multiple people, injuring them and damaging a vehicle, according to reports.

The officer spoke with a male victim, identified as the roommate of the suspect, and the male victim’s girlfriend.

The female victim said the male victim had gone inside the residence.

As she was sitting in her vehicle in the driveway, she saw the male victim run out the front door followed by the suspect, who had an ax.

The suspect allegedly swung the ax, hitting the driver’s side fender area and a side mirror, according to reports.

The driver’s side window was down when the suspect swung the ax into the vehicle, hitting the female victim on the left torso area and causing pain, reports said.

The suspect also struck the male victim with the ax at some point during the incident, hitting him in the head and left shoulder, according to reports.

Neither of the victims went to the hospital but were instead treated at the scene.

The suspect, identified as 26-year-old Carlos Huizar of Elkhart, was arrested for battery committed with a deadly weapon.

Huizar was sentenced to 4 years in prison with two years suspended on reporting probation. The remaining sentence to be served on ECCC home detention.