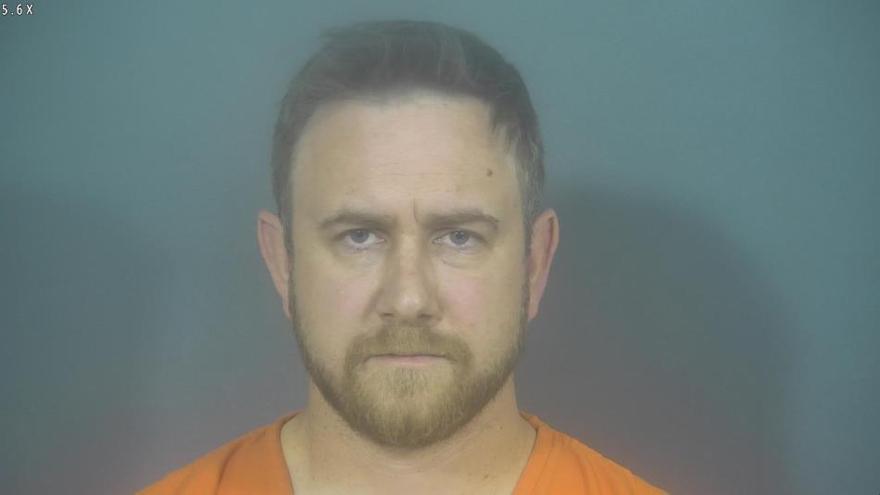 SOUTH BEND, Ind. -- The South Bend Police officer who was accused of having an inappropriate relationship with a 16-year-old was sentenced Friday.

In court Friday, the victim spoke before the judge imposed his sentence.

She added he lied when he was confronted by another officer over the allegations and called her a liar, she told the court.

The victim is now a senior in high school. She said although she initially wanted to be a police officer, she no longer does.

She asked the judge sentence her to the maximum.

The defense was then given an opportunity to speak. Barber's attorney said the mitigating factors outweigh the aggravating factors, including his acceptance of responsibility, no prior criminal history, no drugs or alcohol, is active in his church and has the support of his family.

Barber has lost all of his friends and his job due to the charges.

The defense asked for the sentence to be suspended to probation.

Barber has been on unpaid leave from the department since his arrest in October 2021. He could either resign or the chief could ask the department of public safety to terminate his employment at their next meeting.

The department did not comment on the court hearing.

The state told the judge Barber betrayed the trust of the community with his actions. It has damaged the reputation of the South Bend Police Department, which will take years to repair.

The state asked for Barber to be sentenced to four years.

Barber then read a statement to the judge.

Now he is working construction.

The judge said Barber's conduct was outrageous but he isn't going to sentence him to prison.

Barber was sentenced to four years on the child seduction charge and 18 months on the official misconduct charge to be served concurrently. However, the sentence was suspended.

Barber must register as a sex offender for 10 years.