The first day of meteorological fall has come and gone across Michiana. For some, the start of September brought heavy rain and thunderstorms, while others (once again) didn't see much rain.

Is this the start of a trend, or just a tease for more dry months to come? Let's take a look at what we can expect this autumn across Michiana.

The Climate Prediction Center is signaling the above-normal temperatures that Michiana had this summer could last through the fall as well. 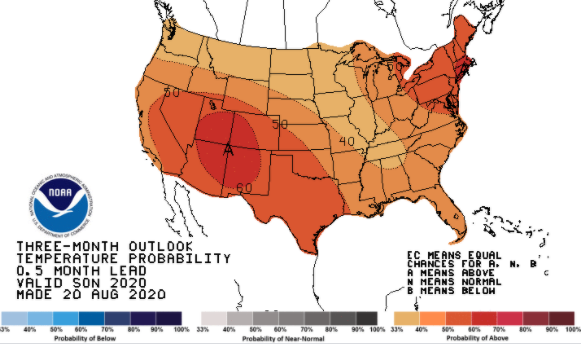 While the season overall will likely be on the warmer side, models continue to point to quite the cool stretch of weather by the middle of this month for Michiana. 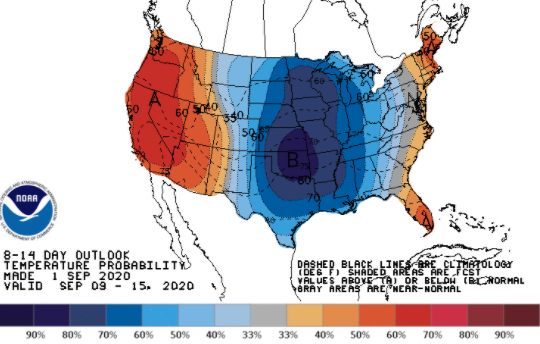 The last few years haven't been very noteworthy as far as Michiana's overall fall temperatures have been concerned. Last year finished in the middle of the pack in the race for the warmest autumn on record. 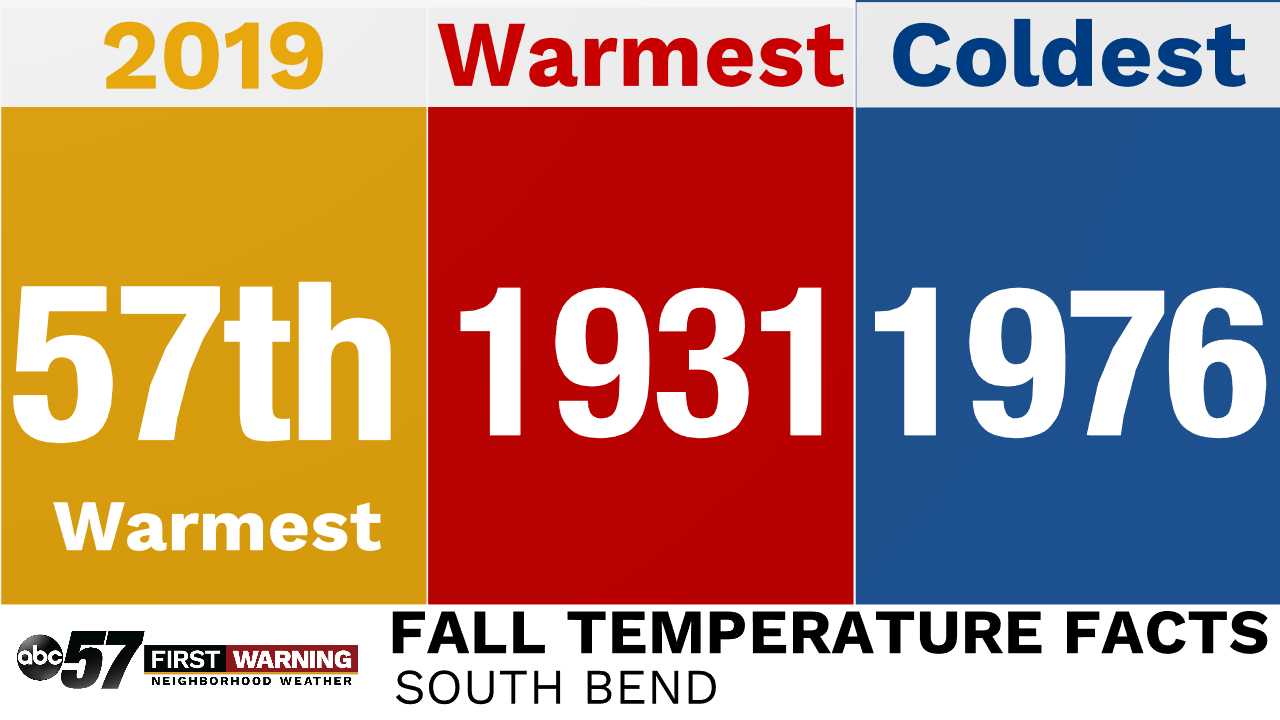 While we at ABC57 don't see any 90s across Michiana anytime soon, odds are, they aren't done just yet. South Bend has recorded a high temperature of 90 degrees or above each of the last ten years during the month of September. And in 2019, we had one to start October as well! 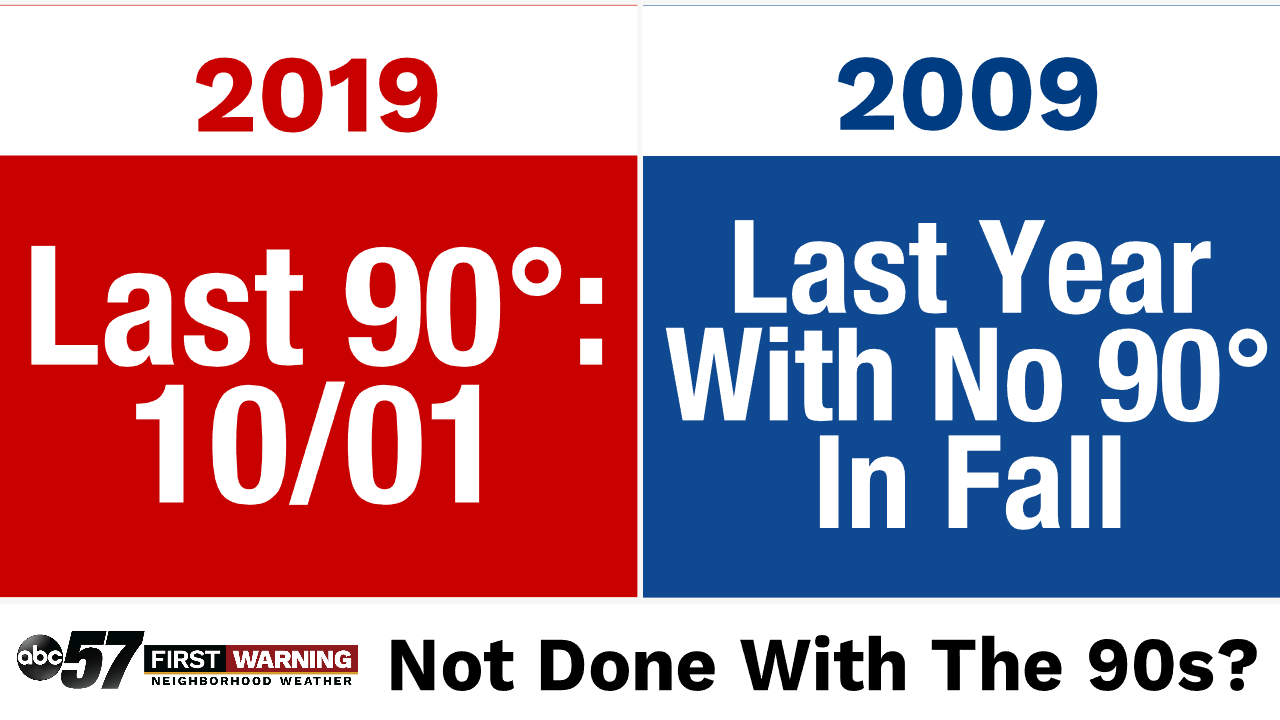 The main message here: While we'll have some fall-like stretches of weather, above-normal temperatures will likely be more common overall over the next three months in Michiana.

Many lawns across Michiana were left wanting more rain during the summer months. However, if the opening day of Fall 2020 is any indication, precipitation may come a little bit easier this season

FIRST DAY OF (RAIN)FALL! AND HOW BOUT THAT ?!

We’re starting off the new season on a rainy note at my house! I’ll let you know what could be in store for the rest of meteorological fall in Michiana coming up on @ABC57News at 5 & 5:30 tonight! #miwx #inwx pic.twitter.com/L8r8rHJljy

The Climate Prediction Center offers little guidance on whether or not we can expect more rainy days like Tuesday's soaker during the next three months. 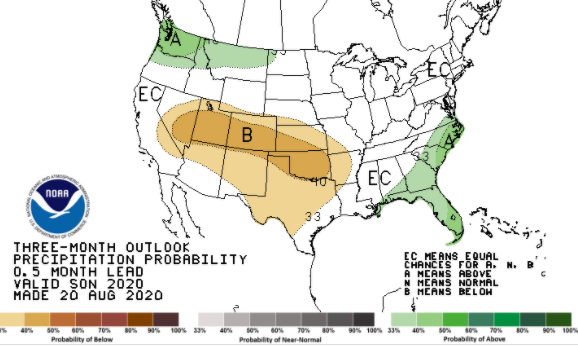 However, I would expect Michiana to finish with slightly above-normal precipitation over the course of September, October, and November. I am using the high probability of a strong La Niña forming over the coming months and the expected warmer temperatures this fall (warm air can hold more moisture) as my basis for that prediction.

We've had some wet fall seasons recently. Last year, South Bend recorded more than 13 inches of rain! Typically, Michiana averages around 8-9 inches of liquid water equivalent (rain plus the water when snow is melted down) during the fall. 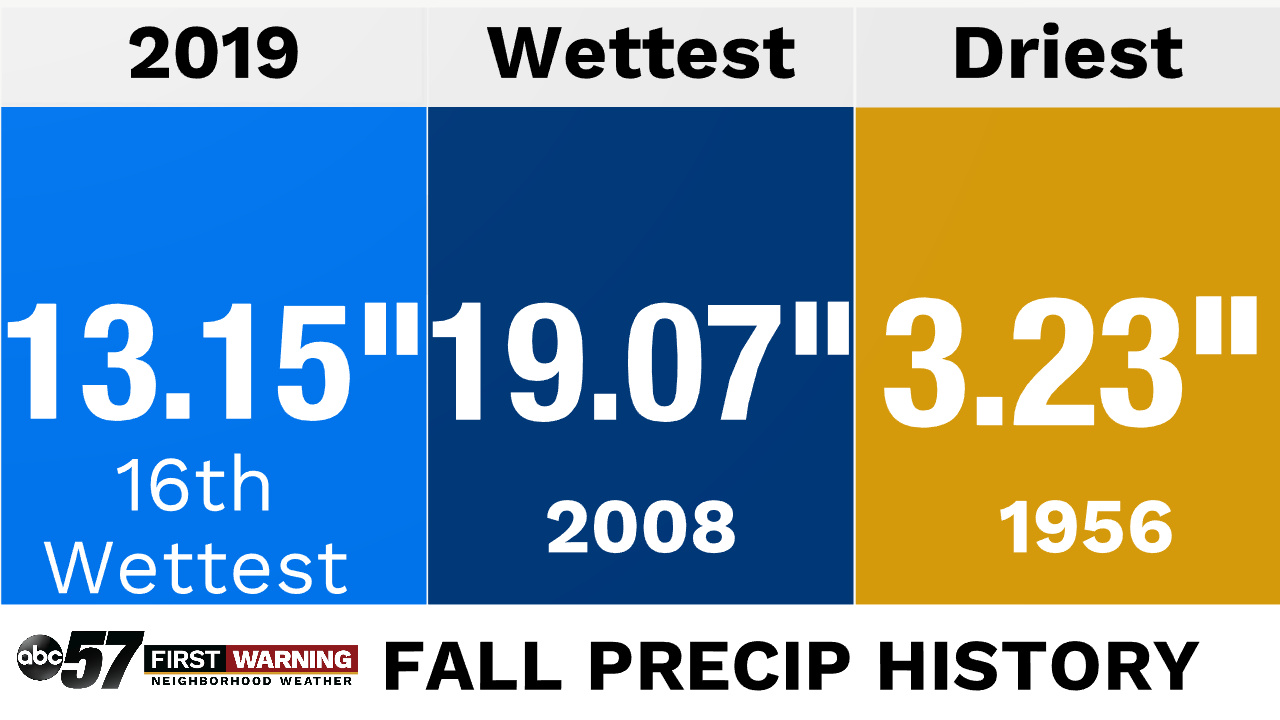 And, don't forget about the snow!

Typically, South Bend receives about 5 inches of snow every fall, with most of that "falling" (LOL, dad jokes are great!) during November. Last year, before the snowfall "dud" of Winter 2019-20 began, South Bend actually recorded above-normal snowfall during autumn. 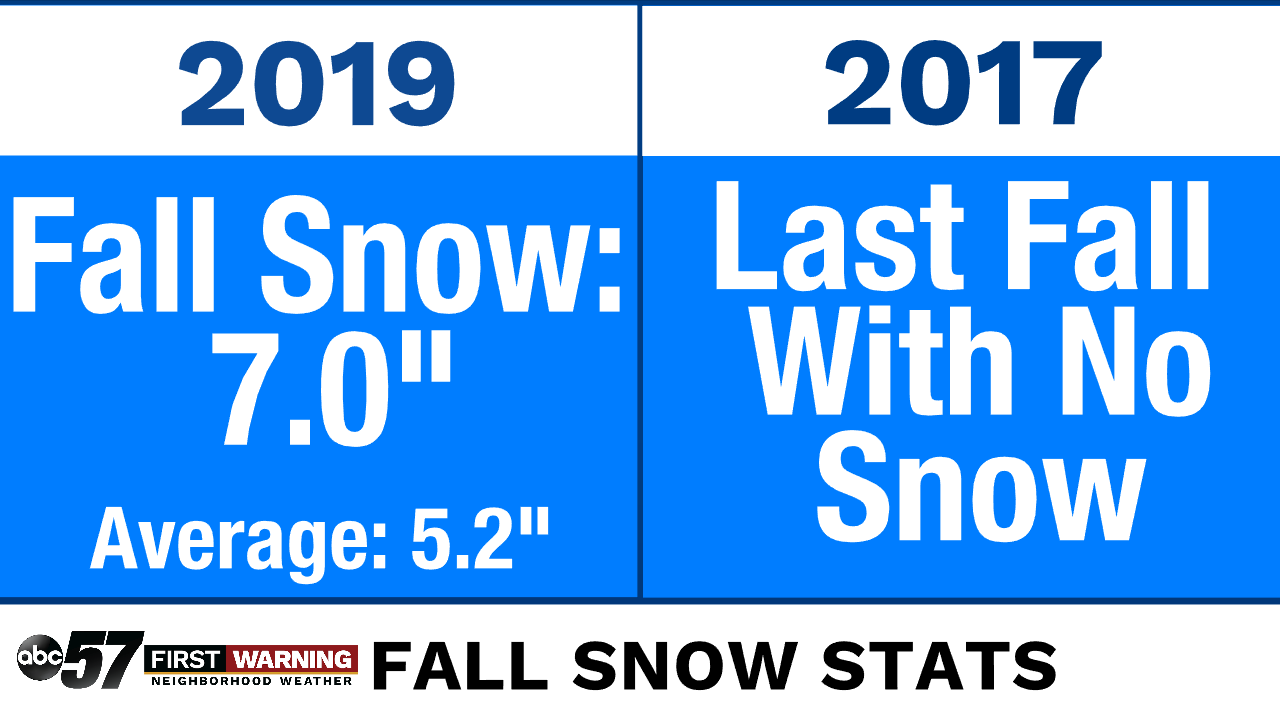 I would expect near-normal or slightly-below-normal snowfall this fall, mainly due to the forecast above-normal temperatures.

Just an FYI: the earliest South Bend received measurable snowfall was September 25, 1994. That's really not that far away!