Walkerton family's dog killed after being attacked by a coyote, raising concerns after increased sightings

NOW: Walkerton family’s dog killed after being attacked by a coyote, raising concerns after increased sightings

WALKERTON, Ind. -- Bethany Woolet's family dog Zoe was attacked by a coyote over the weekend, in broad daylight, and now she's concerned about coyotes potentially attacking other family pets, or even her small children.

Zoe, one of Woolet's family dogs, was let out into the fenced back yard, but she managed to get under the fence and out of the yard, where she was attacked by a coyote-- the attack leaving her lung punctured.

She was taken to an animal hospital, but unfortunately had to be put down because of her injuries. The vets confirmed Woolet's beliefs that it was from a coyote attack.

“I’ve had quite a bit of experience with coyotes," Woolet said. I’ve had a dog get attacked before, and it was confirmed by the vet.”

She also says this isn't the first pet that has been attacked in the area.

“I do know that they’ve been bad out here," said Woolet. "There was a cat not too long ago, actually, that had been taken out here too.”

Other Walkerton residents on Facebook also mentioned more sightings and coyote attacks-- Woolet said that some had been seen in the city limits.

Jessica Merkling, with the Indiana DNR, said that this could be linked to the changing seasons-- their food becomes more scarce as Winter approaches, and they have to scavenge. Pets and their food being outside can attract them.

According to Merkling, “Typically when they attack, it’s usually a food association. For example, if you’re putting food out for a cat, that food can also attract coyotes which may attract them to the cats as well.”

While coyotes are not known for attacking animals that weigh more than 20lbs, or even humans, Bethany Woolet is still frightened for her own family's safety after the attack on Zoe.

“It’s very hard knowing that it’s so close to home, having little ones, that’s for sure," she said. "I have a six year old, a four year old, and while she’s not walking, I have an 11 month old. I mean, if my dog can’t be in the yard, is it safe for my kids to be in the yard?”

The DNR advising that if pets are outside, they should be supervised and on leashes if possible, and that if coyotes continue to be a problem, they can be hunted on private property or with the correct permits.

More information on coyotes from the DNR can be found here: DNR: Fish & Wildlife: Coyotes (in.gov) 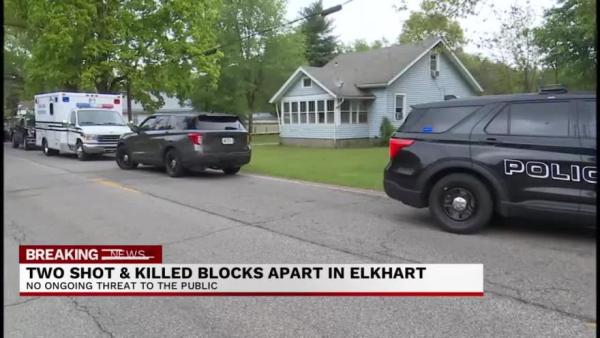