After another day of 90 degree weather across Michiana (that makes 18 days in South Bend this year), you've probably had the air conditioning running to beat the heat.

Whether you leave the A/C on all the time or you hold out until the sweat becomes unbearable, you can measure the energy used by the air conditioner through "cooling degree days."

As the National Weather Service explains, "degree days are based on the assumption that when the outside temperature is 65 degrees, we don't need heating or cooling to be comfortable." So, if the daily average temperature is above 65 degrees, you might need air conditioning to stay cool. The odds of A/C use go up the higher the CDD is.

So, why does this matter? The most common use of CDD is to track energy use. And, with warming temperatures due to climate change, the national trend has been that A/C and energy use have increased.

However, the 50 year trend in CDD for Michiana is mostly flat. 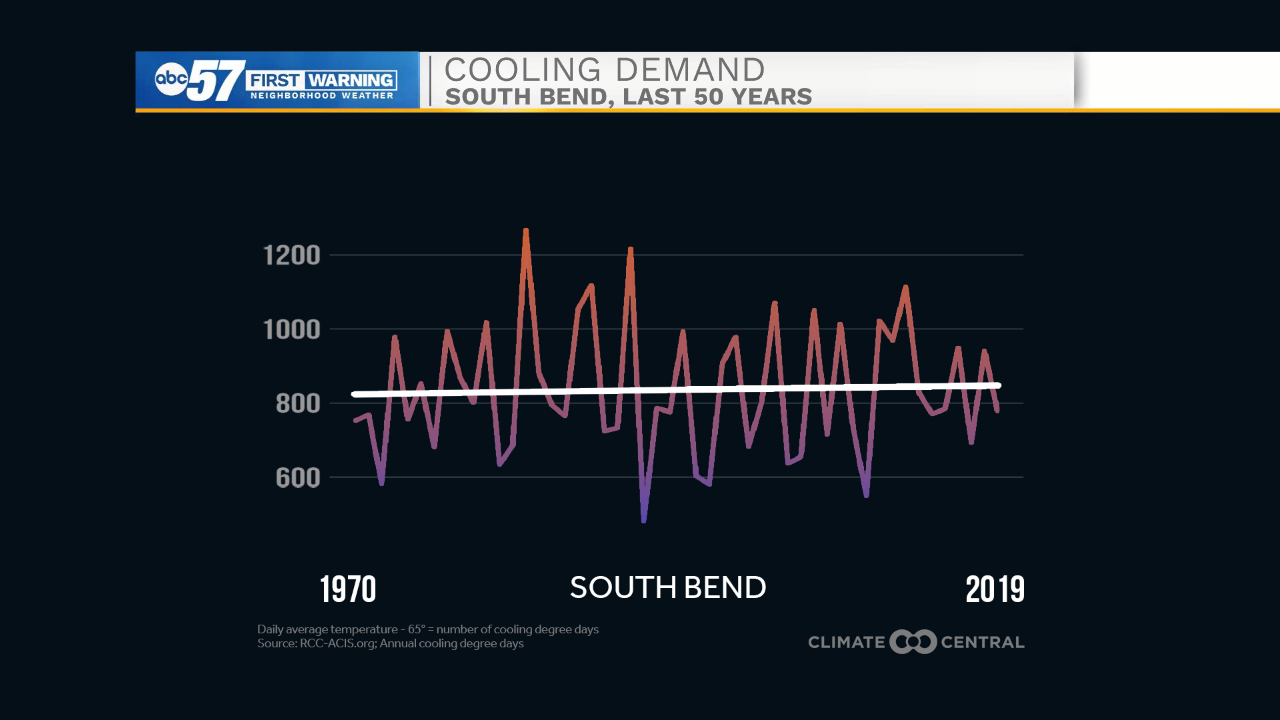 The trend is even more dramatic when you just look at summers over the last ten years. There is a clear downward swing from 2010 on. Also, note how this summer (currently sitting as the 17th warmest summer on record) is above normal already, with two more weeks to go. 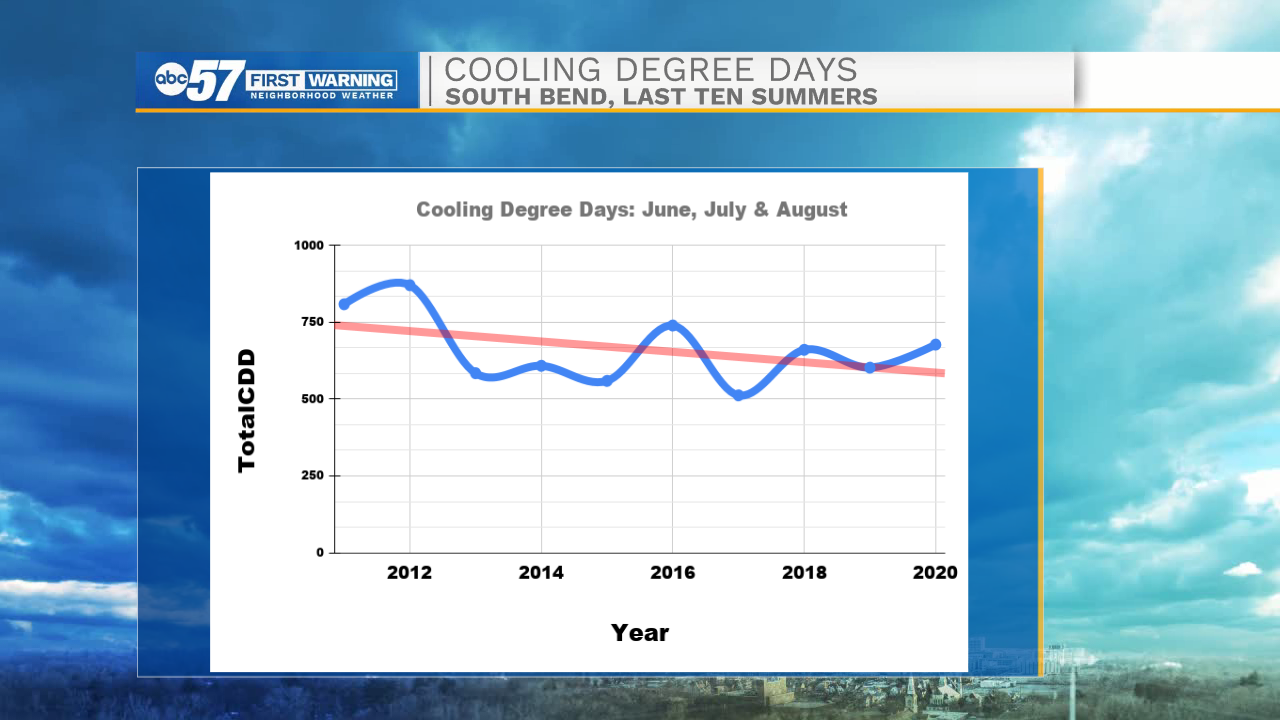 The first few weeks of August have played out very similarly to 2019 in South Bend as far as cooling degree days are concerned. While we're definitely not as cool as 2017, we're still in pretty good shape for a better power bill after the mild start to the month. 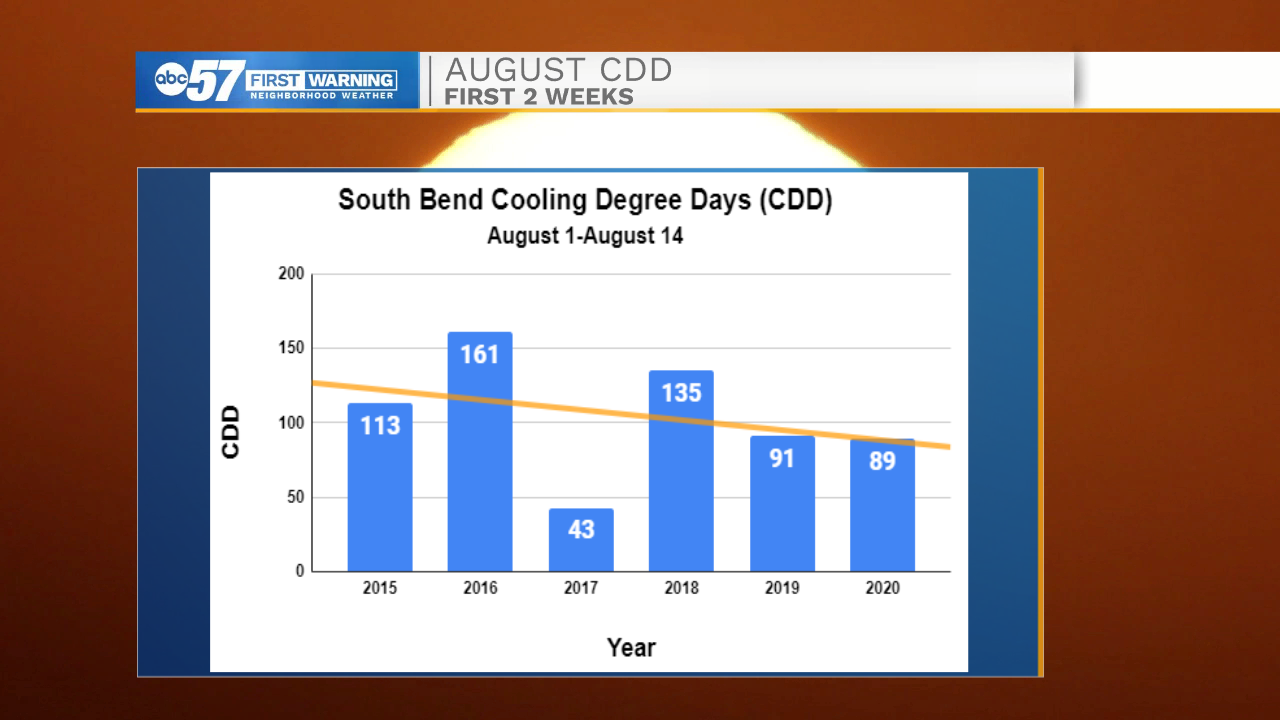 Michiana wallets can rejoice further, because temperatures should remain near normal into most of next week. With humidity levels dropping, you can probably forgo the A/C for most of the time.

However, don't expect a cool down to be part of the long-term picture. Experts estimate the increase in air conditioning use could rise 60 percent by 2050. 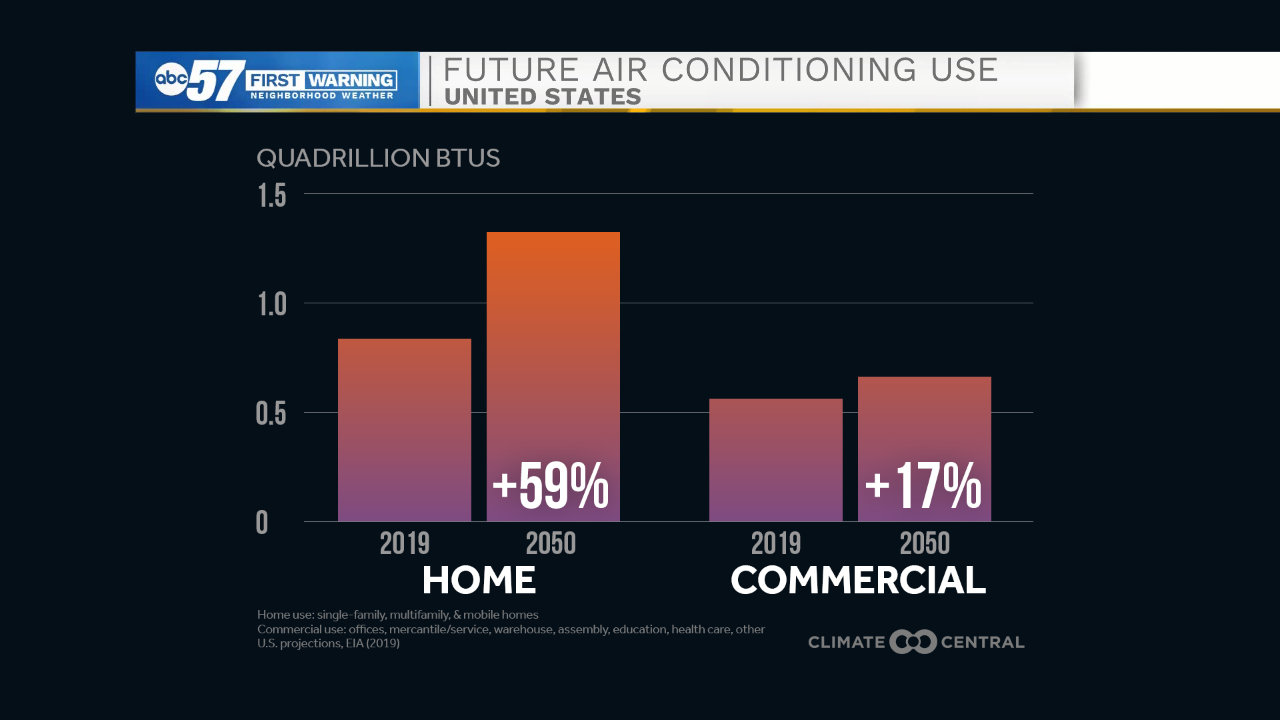