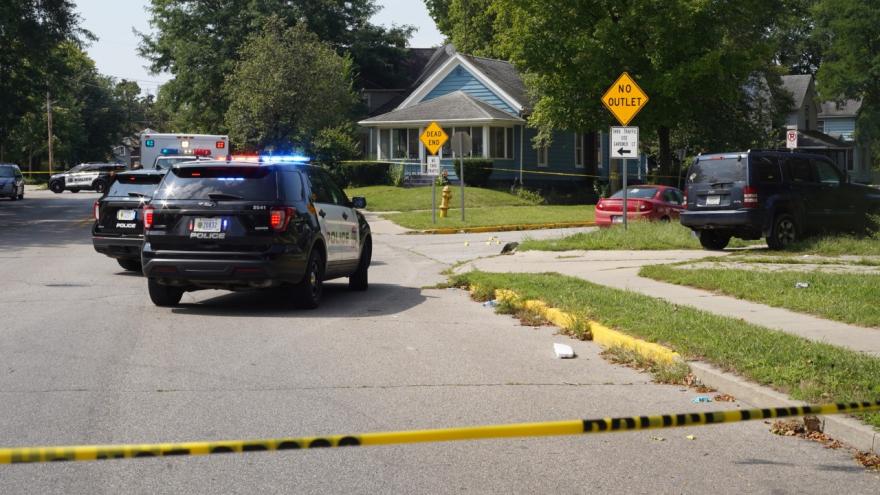 ELKHART, Ind. – A two-year-old has died following a shooting that occurred during a verbal dispute on Friday morning, the Elkhart Police Department reported.

An officer searching for the suspect also discharged his gun, leading to the death of the suspect, reports said.

At 10:22 a.m., officers were called to the 500 block of West High Street for reports of a shooting with injuries.

The male suspect and a female were in a verbal dispute. During the dispute, the suspect fired a handgun at the female and residence, reports said.

The two-year-old was shot and died, police said.

Minutes later, an officer saw the suspect vehicle in the area of South Seventh Street and Wolf Avenue.

As other officers arrived to the area, a subject matching the description of the suspect was seen walking in an alley.

Officers made contact with the suspect and tried to gain his compliance.

At that time, an unknown series of events unfolded and eventually, an officer discharged his weapon and hit the suspect, causing the suspect’s death, police said.

Law enforcement has secured both scenes and the Elkhart County Homicide Unit will conduct both investigations.

The officer has been placed on paid administrative leave pending results of the investigation, police said.