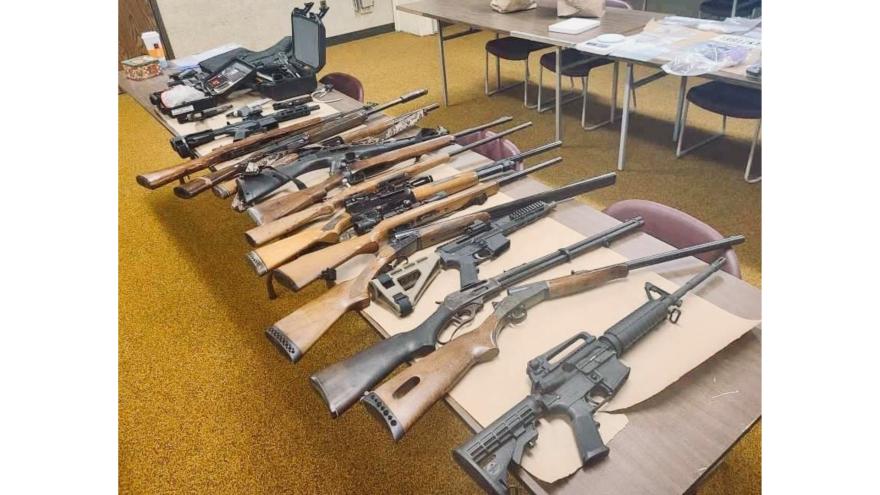 At 6:40 a.m. on Tuesday, Indiana State Police served a search warrant at a home in the 1100 block of Queen Street in South Bend.

During the warrant, investigators found 7.5 grams of suspected methamphetamine, 2.8 pounds of suspected marijuana, narcotics pills, drug paraphernalia, and 19 firearms, according to reports.

Noah Glassburn, 21, was arrested on the following charges:

Glassburn is being held at the St. Joseph County Jail.