NOW: Name of man responsible for death of Eric McGinnis in 1991 finally revealed

The Michigan Attorney General’s Office has released a report detailing what likely happened to Eric McGinnis the night he disappeared. It also publicly names the man believed responsible for McGinnis’s death.

This case was reopened in 2021 after a witness came forward to ABC57’s Brian Conybeare. The witness told Brian much of the information revealed in the AG’s report. [full report at bottom of the story] 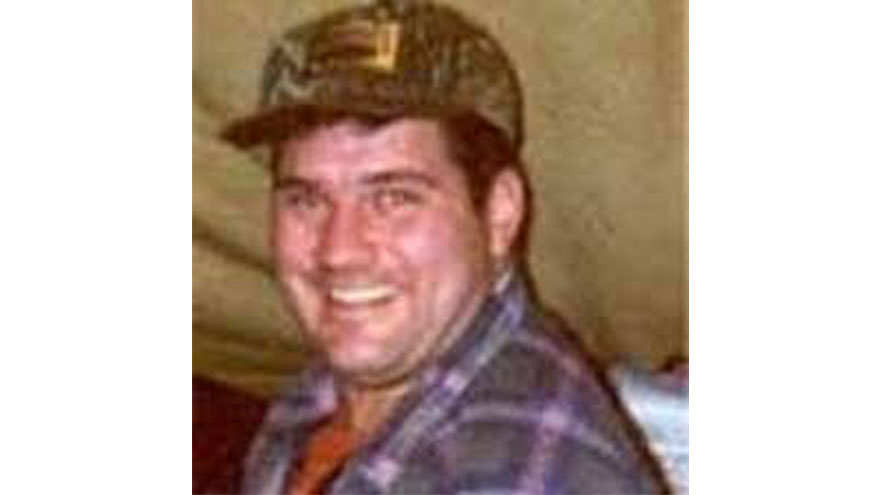 Curtis PittsPhoto courtesy Legacy.com
s father with $5 for admission. Sometime during the night, he broke into a vehicle owned by Theodore Warmbein and stole $44 cash.

The initial investigation closed in 1993 by St. Joseph Police concluded Eric was running from Warmbein, jumped into the river to avoid capture and drowned.

However, the attorney general’s office’s investigation found police had witness statements about several white men chasing Eric that night, but St. Joseph police found the witnesses were not credible.

The AG’s report found the man responsible for Eric’s death, Curtis Pitts, and several of his friends, chased Eric to the pier. Pitts kicked Eric in the head and Eric went into the river.

Pitts died of suicide in 2003. His family declined to comment when reached by ABC57.

He went to The Club on May 17, 1991 with his friend Dallas. He saw Curtis Pitts at the club. At the time, Curtis was dating Kristine Keyser, who had previously dated Eric McGinnis.

Eric was also at The Club and at some point that night Eric and Keyser got into a fight and Eric slapped Keyser.

Eric then left the club and Pitts followed. Thornton said Pitts and another man chased Eric.

Thornton and Dallas went to the pier and saw Eric and Pitts fighting. Thornton saw Pitts kick Eric in the head, then saw Eric fall into the water.

Thornton said after Eric fell into the water, Pitts and two other men started throwing rocks at him.

After the incident, Pitts admitted what he did and that it was “[expletive deleted] up.”

Pitts told Thornton he wasn’t afraid of getting caught because Eric’s death couldn’t be connected to him and that the police are too stupid to figure it out.

The AG’s report says although Thornton was consistent in his statements, detectives did not believe him. Thornton took a polygraph and the examiner ‘opined’ Thornton was being deceptive.

Detectives believed Thornton was just interested in obtaining consideration in exchange for information, although he never asked for any sort of consideration, the AG noted.

When investigators approached Thornton in 2021, he said he wanted nothing to do with the case and that what he told investigators previously was the truth. He voiced frustration over police letting Pitts get away with killing Eric because he was a “good kid” and “didn’t deserve to go that way.”

The attorney of the witness who came forward to ABC57’s Brian Conybeare told the special agents investigating Eric’s case at the Attorney General’s Office that his client wanted to provide information but would need assurances he would not be charged in connection with the case. The witness had purchased a coat from Pitts the night of Eric’s death.

After an agreement was made, the witness told the special agents:

The witness said he was at the beach on May 17 along with a friend and were sitting in a vehicle when he saw 5 white men chasing Eric, who had a green coat in his hands.

The men included Curtis Pitts, Jamison Green and Theodore Warmbein. Two of the names were redacted.

He saw Eric running on the san up to the pier and Pitts and another person catching up to Eric, but then lost sight of them.

He didn’t see what happened but became concerned about Eric and decided to look for him. After driving around for a while, he did not see anyone. His friend grew frustrated and left.

The witness waited on the beach for about an hour. Then a car with Pitts, Warmbein, a person whose name was redacted and two other people he didn’t know pulled up.

He noticed Pitts and Warmbein were soaking wet.

The witness asked what happened to Eric. One of the people in the car said Eric was sleeping in the dune’s grass.

One of the people slammed the witness into a car and told him to buy the green coat from them for $15.

He gave them $15 and put the coat in his trunk.

Pitts then got out of the car, did a Nazi march and a Heil Hitler in the witness’ face. Pitts threatened the witness and said, “it never happened, and it is a bad dream.”

The witness again asked about Eric.

Pitts responded, “we can take care of you right now just like we took care of that [expletive deleted] [racial slur], there’s the water, go a head and look.”

Pitts then threatened the witness’s family.

Police then showed up and everyone left.

Pitts said, “given that you want to know so bad what happened to that [racial slur] I will tell you.”

Pitts stated that he did a roundhouse kick to the side of Eric’s head and Eric hit his head on the pier and Eric fell in the water and they went into the water to fish him out but could not get him out.

The AG’s office ended the report with a discussion of the suspects and the possibility of any charges.

The main suspect believed to have killed Eric, Curtis Pitts, committed suicide in 2003.

Thornton and another person identified Pitts as the person who kicked Eric in the head before he went into the water.

Warmbein, who was also believed to have been present, is also deceased.

There is only one individual who has survived and was believed to have been present. The person was interviewed in 2021, but denied any knowledge of the murder. It was the person who allegedly forced the witness to buy the green coat.

Because the coat's whereabouts remain unknown and there was no actual witness to Pitts killing Eric, there is no evidence the remaining individual was concealing, harboring, maintaining, protecting, aiding or assisting Pitts in the murder. So that person cannot be charged.

Due to the findings of their investigation, the report concludes with a request to close the case with no charges filed.

Read all of ABC57's coverage of the Eric McGinnis case here