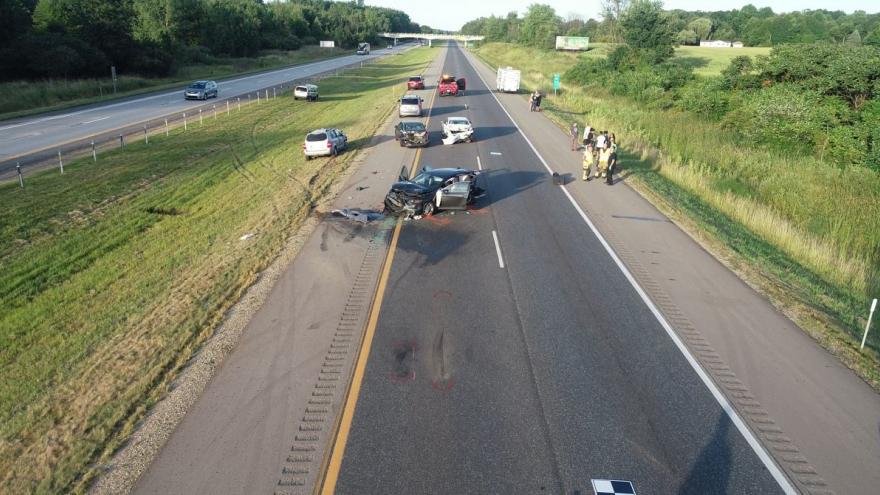 Police say that there was a man and infant at the scene who were found unresponsive.

The Berrien County Sheriff’s Office says that 6 cars were involved in a chain reaction accident that occurred near Hartford, Michigan.

The man was airlifted to Bronson Hospital and the infant was transported via ambulance.

Officials say that the accident was a result of traffic being backed up due to construction.

The male victim, who was driving a Chevy Malibu, did not notice that traffic was backed up. He struck the rear end of a Honda Civic which in turn was thrown forward striking a Dodge Caravan. As this was happening the Malibu was struck from behind by a Hyundai Tuscan that also did not see the others stopped.

No other drivers were injured.

The infant has gained consciousness and is in stable condition.

The male driver remains unconscious and in critical condition.

It is unclear if alcohol or speed were a factor.

An investigation into the matter is ongoing.

The injured man is from Paw Paw, Michigan.