Made in Michiana: s.a.l.t. sisters 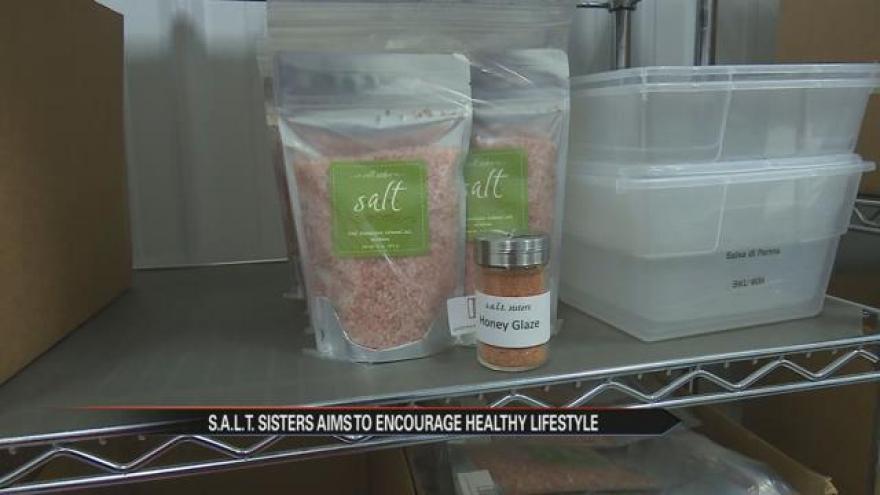 s.a.l.t. sisters may be based in Goshen, but the story of how it started begins about 900 miles away in Savannah, Georgia.

“There was just something in me, this desire, and I just felt like there was something around salt,” s.a.l.t. sisters Founder Charmane Skillen said.

That's where Skillen wandered into a spice shop while on vacation and fell in love with salt.

"I decided I wanted to sell salt, which back then was kind of a crazy thing," Skillen said.

“When it’s in its whole form, that whole molecule, that it helps to balance out our systems. It has to do with our thyroid, our nervous system, our cells can’t talk to each other without it. Our brain can’t function without it,” Skillen said.

But her journey to better health began long before that.

“In my early 20s I was anorexic. And so, I knew that when I had children, and if I had daughters, that I didn’t want to pass on any of whatever junk was in my head,” Skillen said.

After years of research, and lots of practice cooking for her family, including a husband with Crohn's Disease, she started s.a.l.t. sisters.

“We are a lifestyle company for your kitchen,” Skillen said.

It's named after her four daughters: Sydney, Alexis, Lauren and Taylor.

“We offer healthy options. We’re gluten-free, MSG-free, non-GMO, we don’t use irradiated products, all of those types of things,” Skillen said.

It started with salt.

“All of our lines are a four letter word. A nice four-letter word,” Skillen said.

“All of the ingredients are unrefined meaning that they haven’t been overly processed and they don’t have junk attached to them,” Skillen said.

Everything is blended and bagged with care at the Goshen location.

“We do everything by hand,” Skillen said.

And it's shipped to stores all over the U.S.

“I know that I didn’t have a dream back then for this. I just had a passion for salt and understanding that and for healthy living. And then it just snowballed into this,” Skillen said.

For Skillen, launching a successful "clean company" is only part of the gig. She says she also enjoys educating others on how they can lead a healthy life too.

“That’s where my passion lies is getting people, not necessarily telling people what’s healthy for them, but getting people to think about it for themselves,” Skillen said.

And she says her entire journey has made this Made in Michiana product worth pursuing every step of the way.

“This has really allowed me to really come into the fullness of who I am,” Skillen said.

You can find Skillen's products online or in local stores like Martin's deli sections, Garber's Interior Design, Yoder's Meat and more. There are also lots of small mom and pop shops across the country that carry s.a.l.t. sisters products.