GOSHEN, Ind – The city of Goshen presented its draft flood resilience plan Thursday evening. The plan is a response action to February 2018 flood, the worst in the city’s history. According to the city’s website, “ the plan is organized by geographic planning areas based on flood risks and makes recommendations for each. These recommendations range from specific actions undertaken by various City Departments to ordinance updates that limit high-risk development and incentivize future growth outside of flood hazard areas.”

We first told you in 2020 in our Washed Away series that the city of Goshen was planning for more frequent flooding.
Having a plan is a big deal. Not all communities have a plan for the impacts of climate change. The heart of this plan is about being climate resilient. Resilience is defined as the capacity to recover quickly from difficulties. The biggest difficulty for Goshen is flooding, and how to control the flow of the Elkhart River and surrounding watershed. 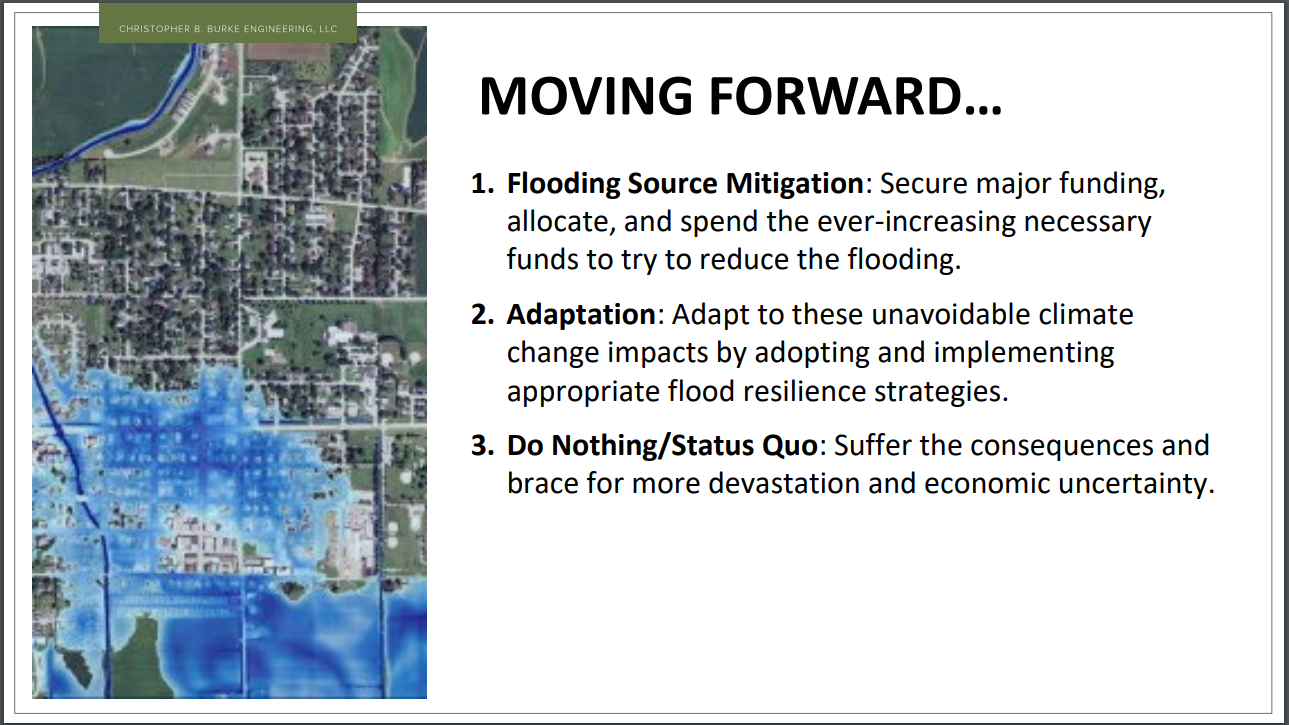 The city can mitigate, adapt, or do nothing. Most of the plan focuses on adaptation with targeted mitigation measures. Doing nothing still has a cost of the next flood, and the one after that and so on. 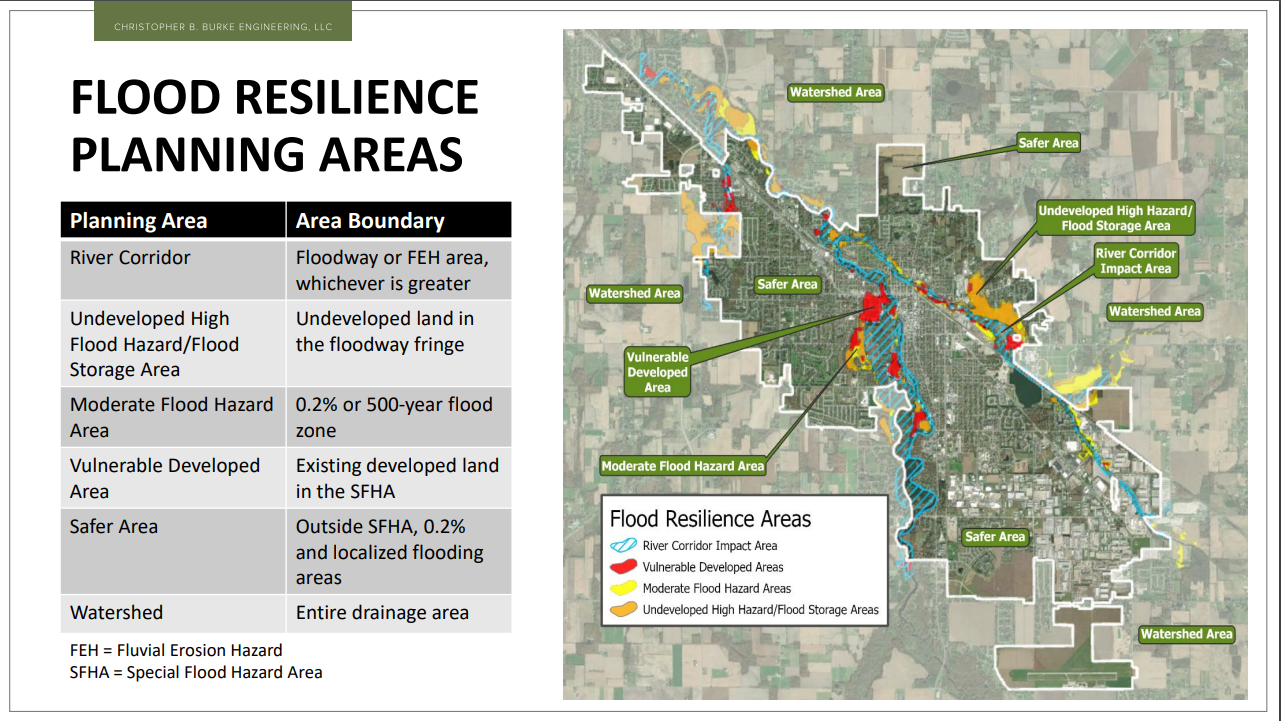 Most of the plan is about moving at risk structures out of the flood zone. Turning much of that zone into resilient parks and flood plain. Homes, businesses and other buildings in the flood zone, will be encouraged to move, where buyouts are feasible, or prepare and built to higher codes with ordinance updates. 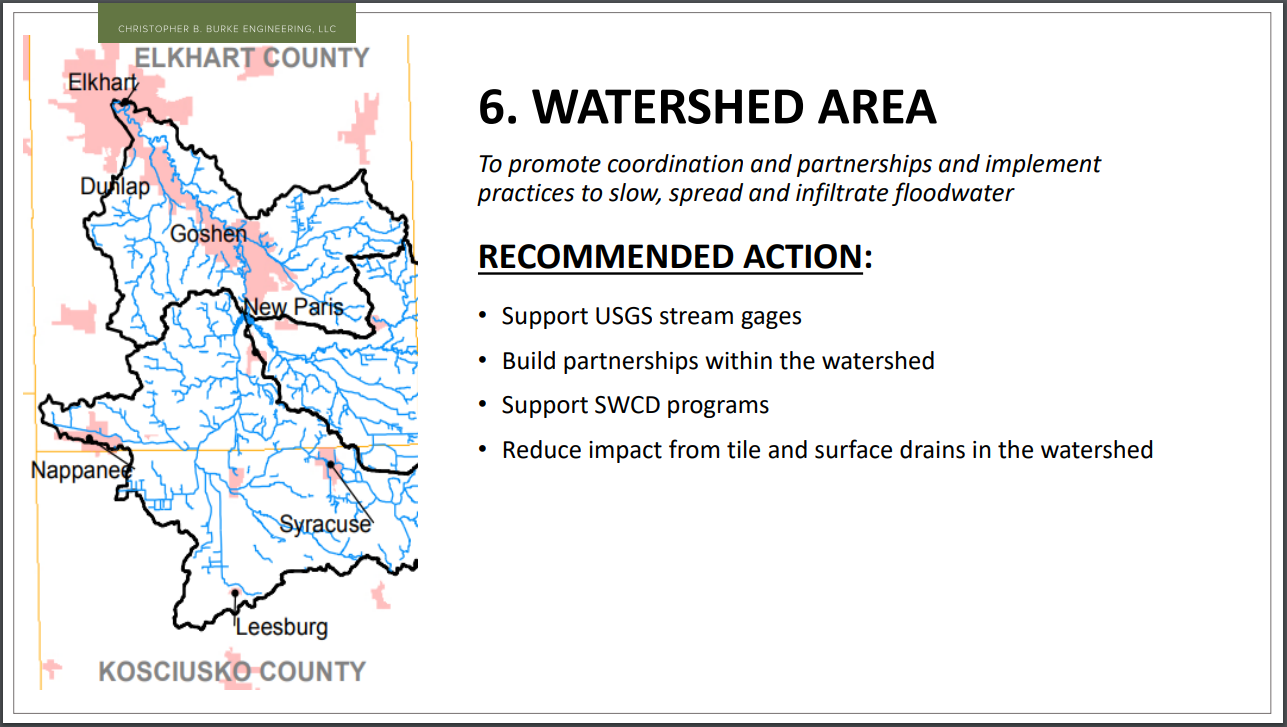 The plan also looks beyond the city limits of Goshen. The city could control all its stormwater and still flood. Water flows downhill and downstream, so the plan suggests making partnerships upstream. One of those partnerships is with the Elkhart County Soil and Water Conservation District, that works primarily with farmers and conservation practice. Expanding wetlands, planting cover crops, and holding water longer on land upstream is a value to the citizens of Goshen.

You can read the full draft of the plan here.