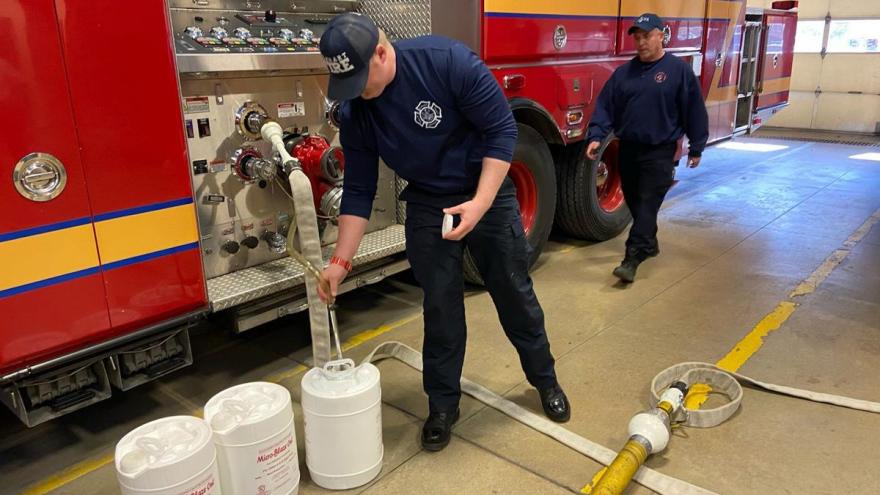 ELKHART, Ind. – The Elkhart Fire Department has replaced a toxic firefighting foam with a new and safer version.

According to our reporting partners at The Elkhart Truth, the Department says that a safer foam will prevent illnesses and medical problems from contamination, such as cancer.

“We went to a more friendly, environmentally biodegradable type of foam that is now in service in the Elkhart Fire Department,” Chief Steve Kamp said.

The foam is only used to fight certain fires, such as petroleum fires, and is typically used when a fire is somewhat inaccessible.

Elkhart Fire says that they avoid using foam in most situations because it is expensive, and in the past it was not as safe.