NOAA -- Last year was the fifth warmest on record according to the latest climate assessment from the National Oceanic and Atmospheric Administration.

The top five warmest years have all come since 2012, this year (2021), and the years ahead are likely to continue that trend. 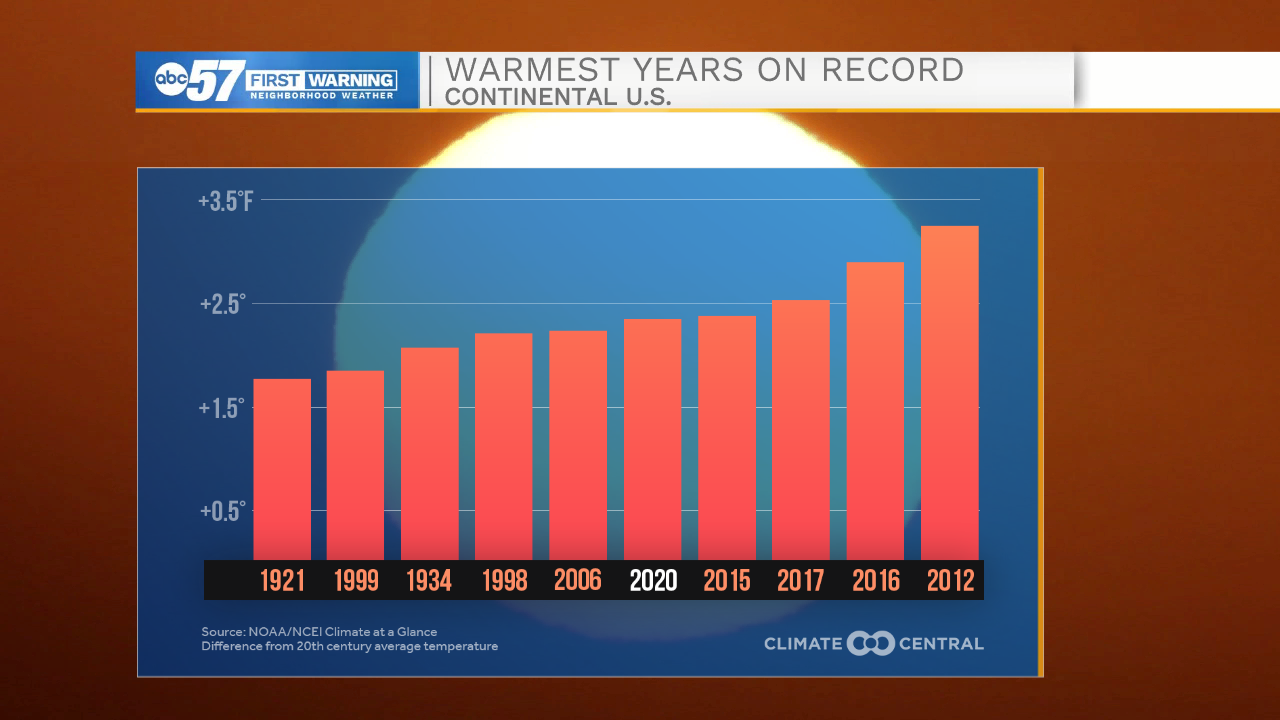 Slow changes in climate are natural, but the rapid warming in recent decades is a process caused by humans and the burning of fossil fuels.

The report continues to raise the alarm at the cost of climate change. There were more than 20 disasters last year with a price tag of more than a billion dollars. Some of that can be tied to inflation but not all of it. Disasters are costing more, mostly because humans and our infrastructure are on the front lines. The record hurricane and wildfire season have strong links to a warming climate and are also more likely to be a problem in the near future. 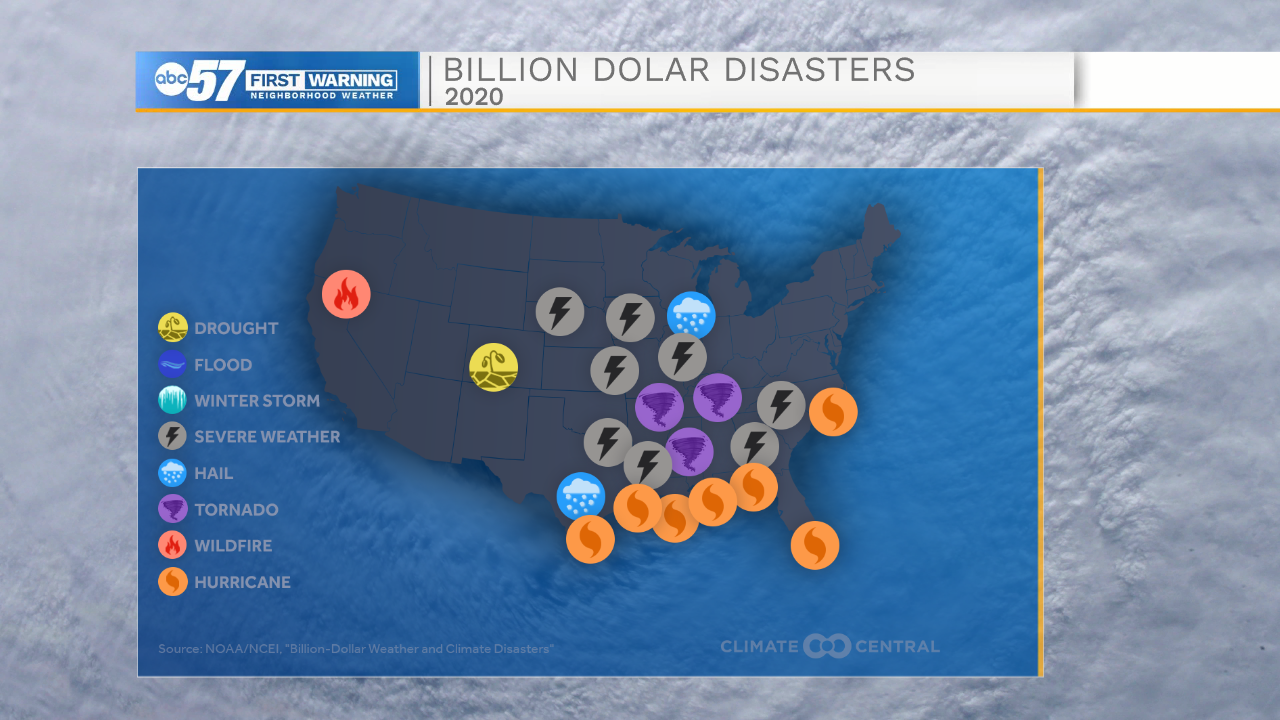 Some of the costs of climate change highlighted in the report also include.

Locally, 2020 was in the top ten warmest on record in South Bend, the warmest year since 2012. 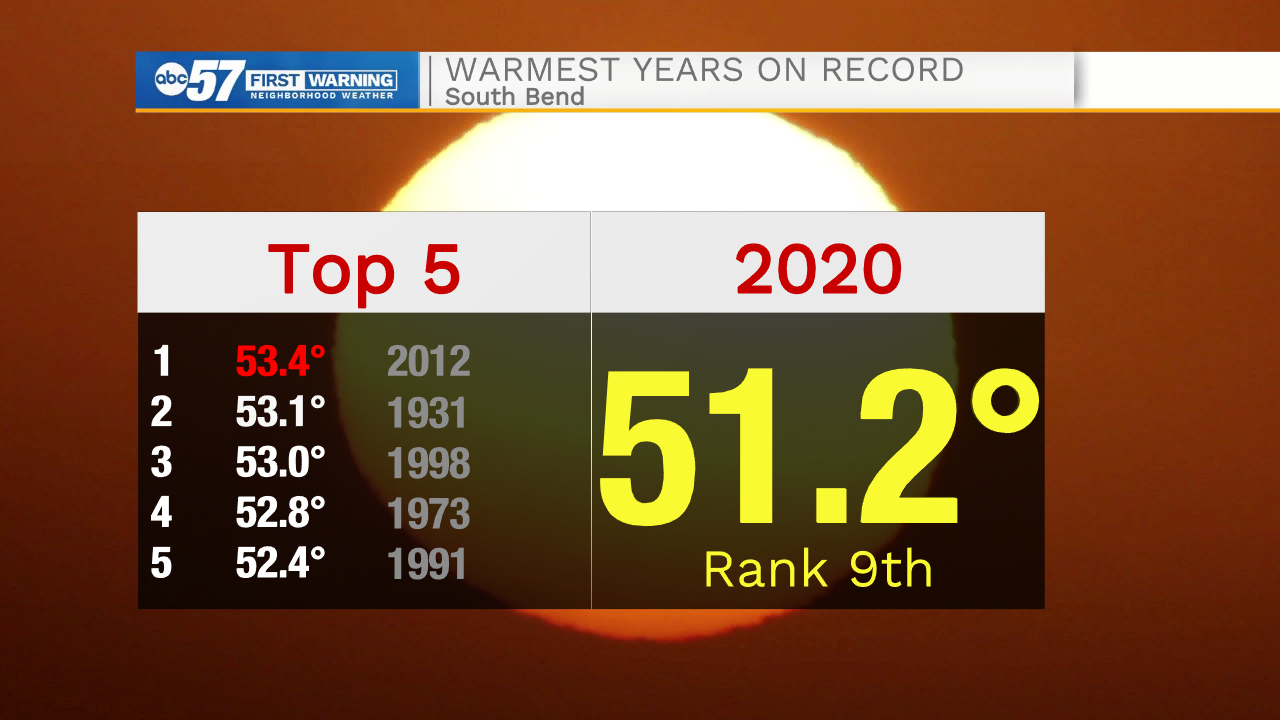 The climate record for St. Joseph county can be used as an analog for the entire area. There is year-to-year variability but a noticeable rise over the last twenty years. Since January 2016, the last 5 years are the second warmest such period on record. 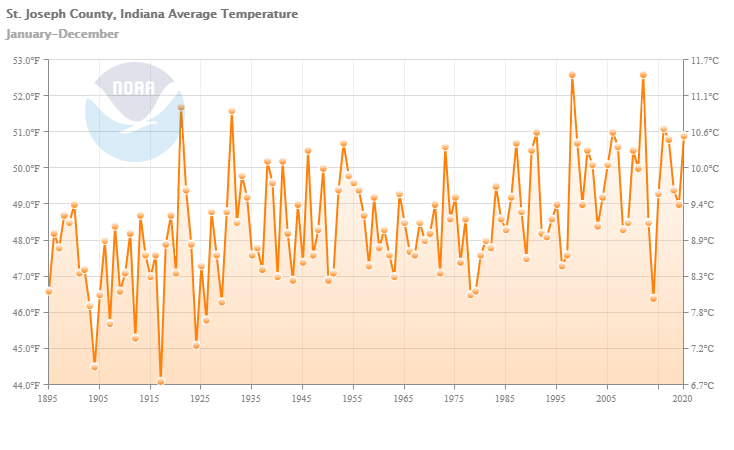 You can learn more about our local climate impact here.