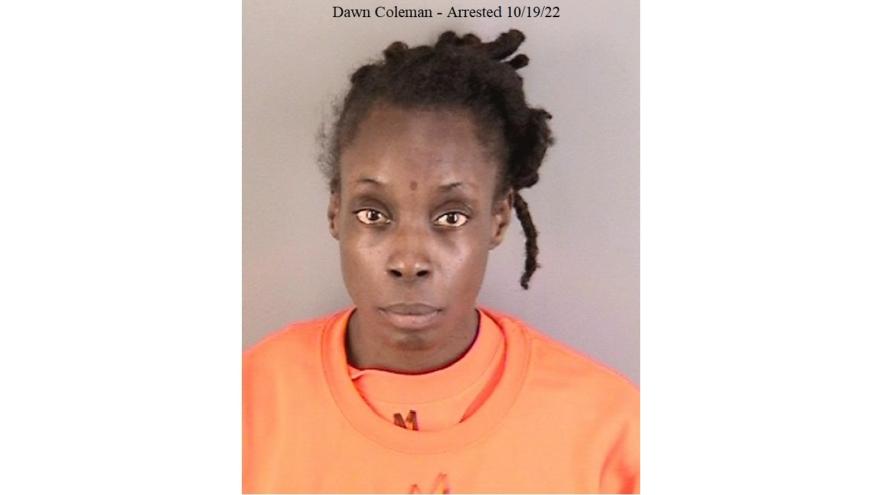 One of the women arrested in connection with the death of Cairo Jordan, the five-year-old boy found dead in a suitcase in southern Indiana this past April, is now being charged with aiding in murder, according to WHAS11 out of Louisville.

Dawn Coleman, 40, of Shreveport, Louisiana, appeared in court on Monday, pleading not guilty to her charges, according to reports.

She has already been charged with neglect of a dependent resulting in death and obstruction of justice.

In April, Coleman walked in on Dejaune Anderson on top of the child with his face in the mattress, according to court documents.

Anderson, Jordan's mother and the other woman charged in the case, has still not been located.

She is described as a black female, 5 feet 5 inches tall, and weighs 135 pounds.