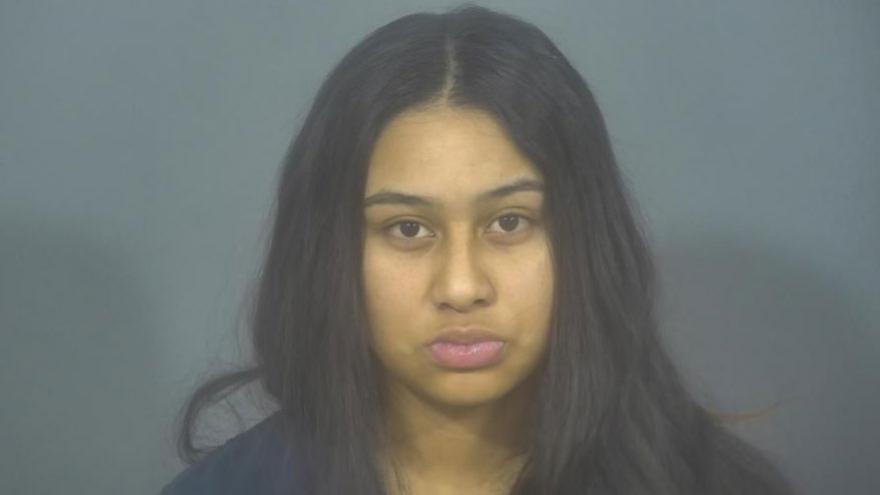 ST. JOSEPH COUNTY, Ind. -- A woman has been charged with neglect of a dependent for allegedly failing to get medical help for her 4-month-old child until contacted by the Department of Child Services, according to court records.

On October 18, 2021, the Indiana Department of Child Services received a report about a 4-month-old with a head injury.

Further investigation revealed the infant had a skull fracture and a hematoma on the back of his head, reports said.

A South Bend Police Officer who is assigned to the Special Victims Unit was assigned to investigate after it was learned the mother, Ingrid Lacy, provided several different stories to medical staff and DCS about how the child was injured, according to the probable cause affidavit.

Lacy told the officer the 4-month-old had been sitting in his bouncer seat on October 15 and had flipped out of the seat, even though he was buckled in, reports said.

Lacy said she turned around to tend to another child in the room, then when she turned back, she saw the child flipping over and hitting his head on the wood floor, according to the probable cause affidavit.

Several family members who lived in the home with Lacy and the victim told police the victim had fallen off an air mattress in Lacy’s bedroom about a week before October 15, reports said.

The family members told Lacy to get medical help for the baby, but she didn’t, thinking the large bump on his head was getting better, according to the probable cause affidavit.

On October 21, the investigator went to the Lacy’s home to take photographs of where the incident happened.

Lacy told police she and the baby’s father had purchased a new bed the day the baby rolled off the air mattress, reports said.

A pediatrician at Riley Children’s Hospital told police the fall out of the bouncer was possible but unlikely due to the child’s age and weight. The pediatrician said the injury the 4-month-old suffered was consistent with a fall off a bed reports said.

Police learned others had also told Lacy to take the child to get medical attention. On October 18, the victim was taken to an unrelated doctor’s appointment at the WIC office when the nurse saw the large bump on the back of the victim’s head.

The nurse told Lacy to take the victim to get medical attention as soon as possible.

Lacy took the child home instead of taking the child for medical attention, until she was contacted by DCS, according to the probable cause affidavit.

Lacy was charged on January 10 with one count of neglect of a dependent resulting in bodily injury.