Washed Away: How flooding and a disappearing lakeshore have become more severe

Washed Away: How flooding and a disappearing lakeshore have become more severe

Heavy rain and flooding events are occurring more often across not only Michiana, but the Great Lakes region as a whole. That has led to very high to record-breaking lake levels in all five of the Great Lakes. 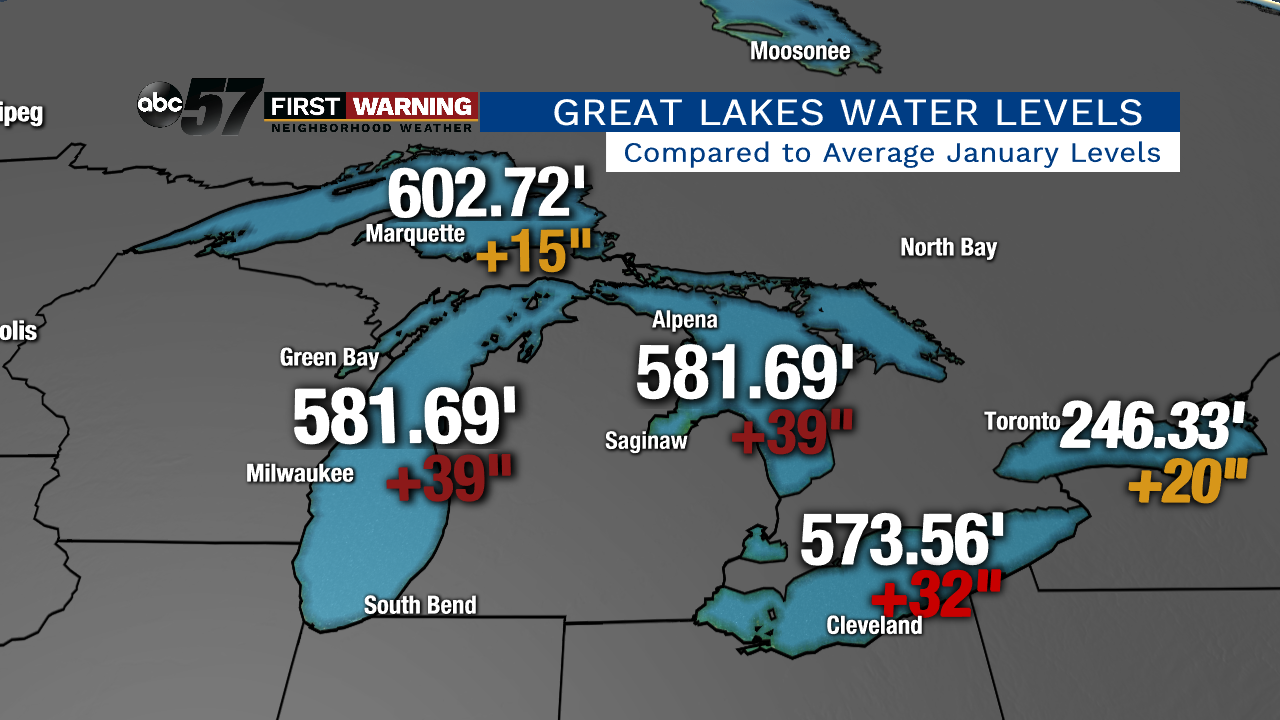 Great Lakes water levels compared to normal January levels as of January 24th. U.S. Army Corps of Engineers, Detroit District
The two most recent and most significant flooding events that come to mind occurred in August of 2016 and February of 2018.

On August 15th, 2016, a tropical air mass worked north out of the Gulf states, providing the ingredients for a widespread heavy rain situation.

The main area of rain impacted a large region, but once that moved away, additional heavy showers developed and impacted the same areas over and over again. 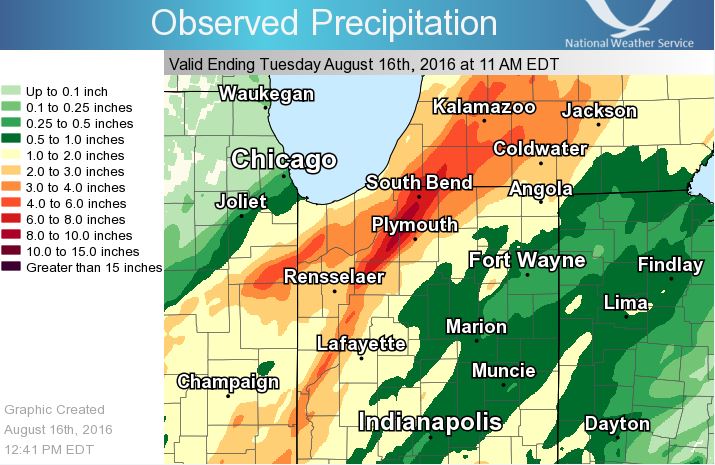 Most of that rain fell in just 12-18 hours at rates of 1-2" per hour, leading to numerous streets going under water, at least a dozen water rescues and multiple flooded residencies. 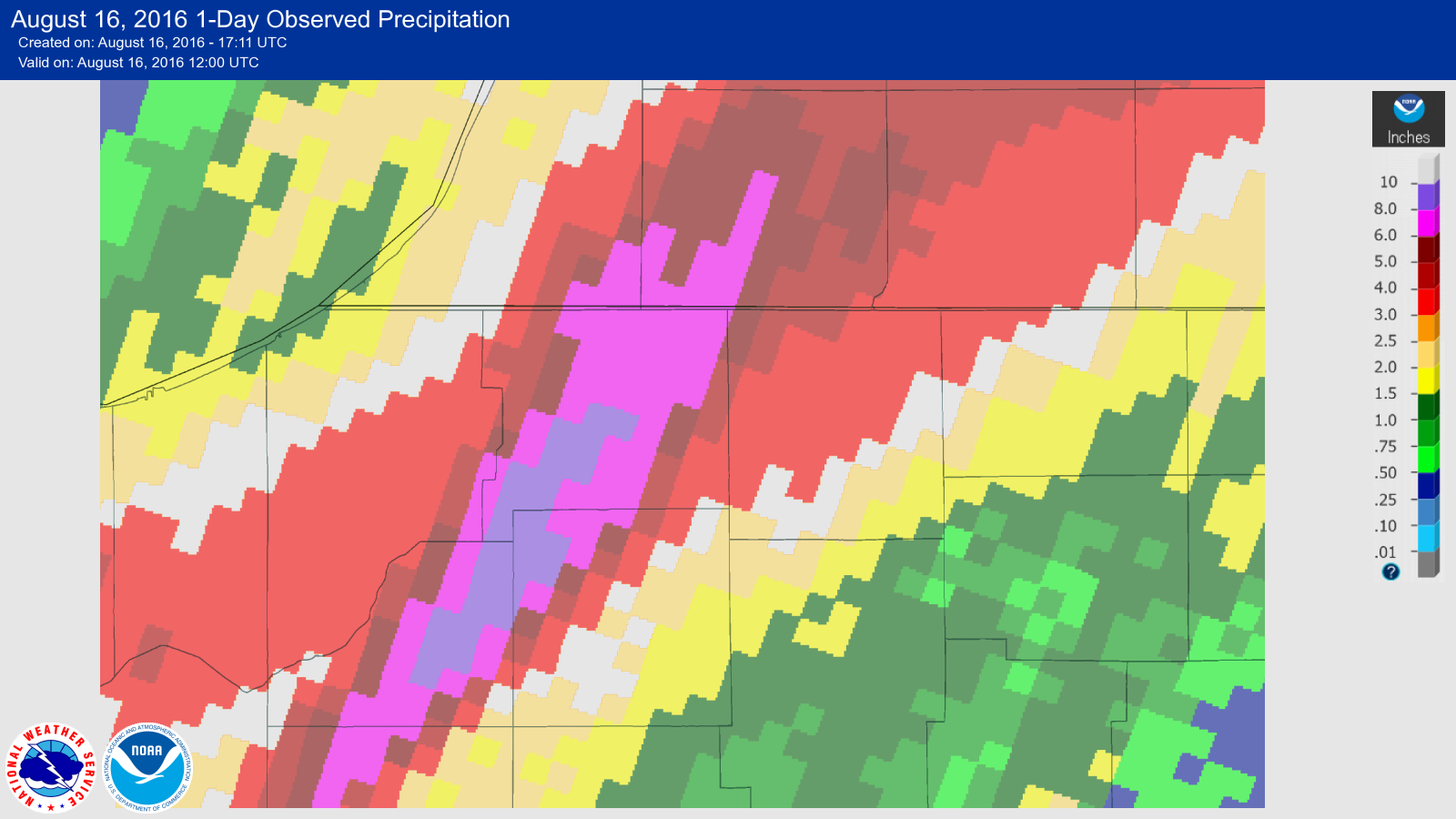 Now let's fast forward to February of 2018, when a second thousand-year flood occurred in less than two years!

Many cities across Michiana, including South Bend, Niles, Elkhart, Goshen, and Plymouth, saw roughly a half-foot of rain during the February 19-21 period. 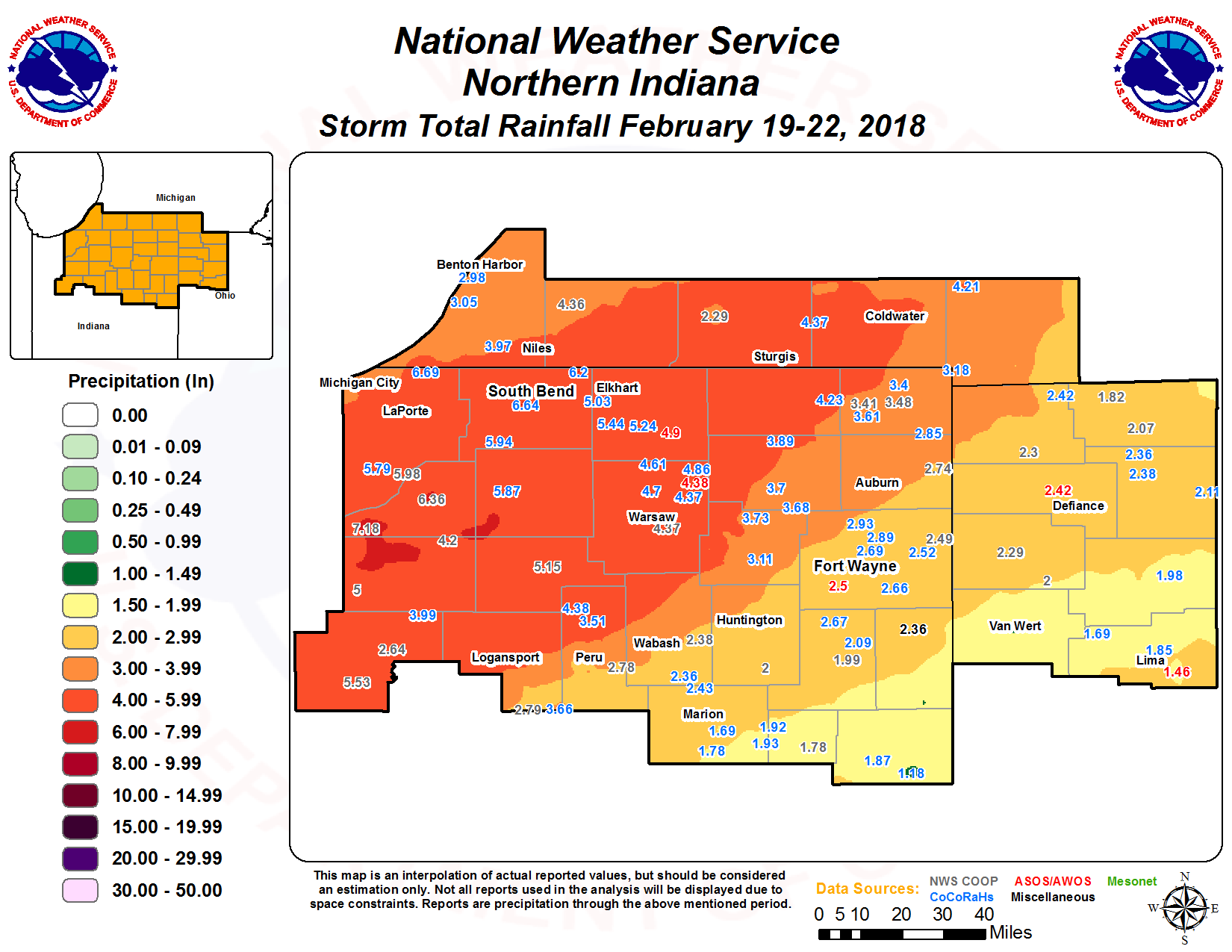 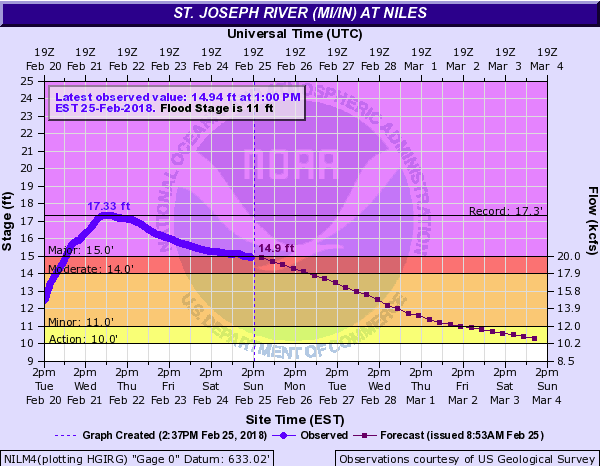 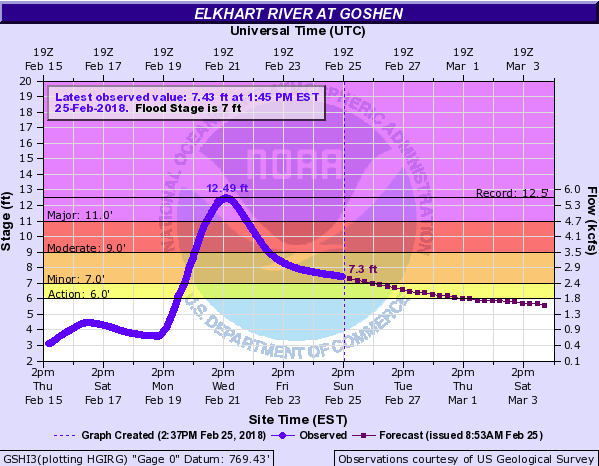 The Elkhart River at Goshen rose rapidly and reached a new all-time record crest level. NOAA
States of emergency were declared, numerous homes and businesses were under feet of water, roads were closed, and school was canceled in many locations.

That was the wettest February in the history of South Bend, and it wasn't even close!

Those are just two of the more memorable and significant flooding events in recent memory. Other heavy rain, high water and flooding episodes have happened since 2000. 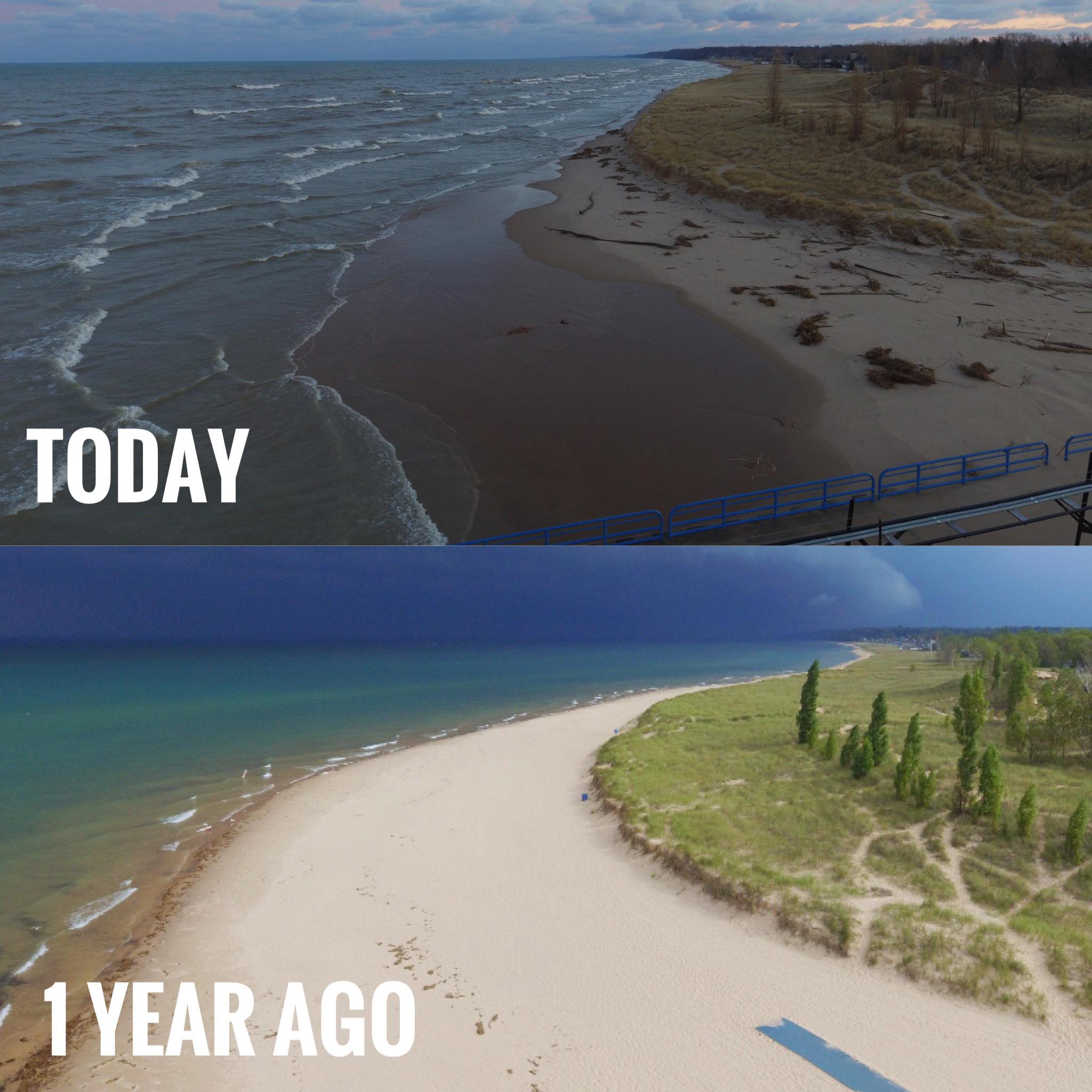 Then-and-now look at Tiscornia Park in Berrien County courtesy of high lake levels and erosion. Nathan Voytovick
One impact of heavier rainfall and more days with rainy weather is the inability for farmers to be as productive as they normally would. For example, 2019 was especially difficult for farmers across the middle of the country.

Due to constant days with rain -- and some heavier rain -- states like Illinois, Indiana, Michigan, and Ohio ran below the average throughout 2019 in terms of planting, maintaining and harvesting.

Another resulting issue from all of our heavy rain and flooding episodes over the last several years has been increasing Lake Michigan levels dating back to 2014-2015.

The lake has continued rising, threatening and even breaking multiple records along the way. That includes January of 2020, which could easily break the all-time average lake level for the month based on the latest data.

For more on the beach erosion and high lake levels, click on the links below: