Three men charged in theft of liquor from gas station 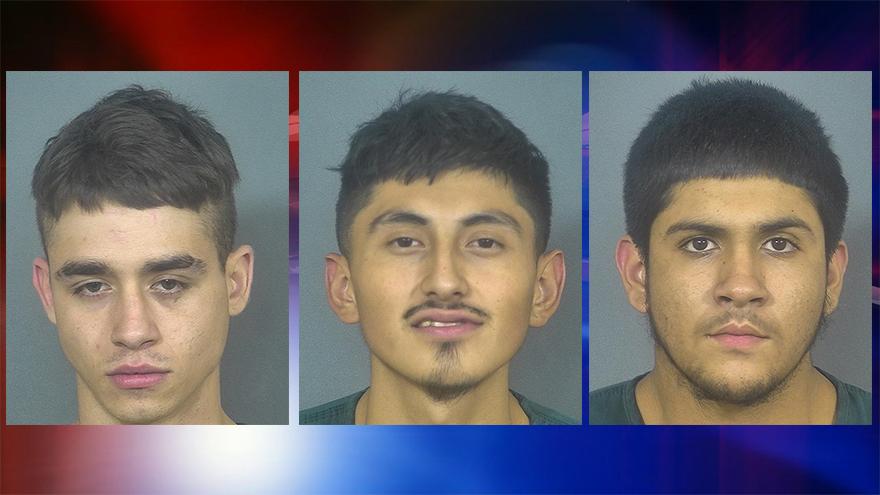 ST. JOSEPH COUNTY, Ind. -- Three men are facing charges in connection with the theft of alcohol from a gas station on W. Western on August 1st, according to court records.

South Bend Police were called to the gas station around 2:30 a.m. on August 1 to investigate a robbery.

The victim said a man who has stolen from him in the past came in, selected a bottle of alcohol and began walking towards the door, reports said.

The victim stood between the door and the suspect, later identified as Armando Castillo, reports said.

Castillo struggled with the victim, pushed him into the aisle and fled the store, according to the probable cause affidavit.

A second person, later identified as Angelo Perez, held the door open for Castillo as he fled, reports said.

Perez and Castillo got into the passenger seats of a silver vehicle driven by Roberth Flores and they fled the scene, according to the probable cause affidavit.

Police located the vehicle and conducted a traffic stop.

Police said Castillo admitted to stealing the alcohol and said he had done it in the past, reports said.

The driver, Flores, was found to be under the influence of alcohol, reports said.

Perez has been charged with assisting a criminal and illegal consumption of an alcoholic beverage.

Castillo has been charged with robbery.

Flores was charged with assisting a criminal and OWI.