FULTON COUNTY, Ind. — Three children were killed and another was seriously injured when they were struck by a pickup truck near their bus stop on SR 25 near Rochester.

The driver, 24-year-old Alyssa Shepherd has been arrested for three counts of reckless homicide and a misdemeanor count of passing a school bus with arm extended causing injury.

The children were waiting on the west side of the roadway when the bus, driven by Robert Reid, arrived to pick them up around 7:15 a.m., while it was still dark outside.

The bus, which was headed northbound, was stopped with the stop arm down, so the children walked into the road to get onto the bus.

Shepherd was driving her pickup truck southbound and failed to stop for the bus and struck four children.

Three children died at the scene and one was transported via helicopter to the hospital. They are students at Mentone Elementary School.

ISP says all three children who were killed were members of the same family. They were identified as Xzavier Ingle, 6, Mason Ingle, 6, and Alivia Stahl, 9.

The father of the children responded to the scene and identified them. Police said it was an extremely difficult time for everyone on scene.

"That was a pretty rough time for everybody here at the scene, the father confirmed that it was three of his children. I just can't imagine that pain I haven't seen troopers crying in a long time and I saw that today. My heart just breaks for the family for his family it's just a terrible situation that we have to deal with," Sergeant Tony Slocum said.

The child who was injured was 11-year-old Maverik Lowe. He is in critical condition and has broken bones.

Police said there were three children on the bus at the time of the accident.

The Tippecanoe Valley School Corporation has issued the following statement.

"Our school corporation has suffered a tragedy this morning. We have learned of three student fatalities and one student seriously injured and airlifted to a Fort Wayne hospital as they were hit by a vehicle while boarding their bus. We have deployed all school counselors to meet the emotional needs of our staff, students and parents. We are awaiting to learn more confirmed details but wish to ask the community to come together to pray for the families, our students and our staff." 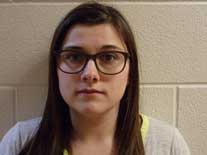