SOUTH BEND, Ind. - The big story for parents this week is the shakeup happening at South Bend Schools. Monday night, the district announced a plan to restructure and potentially close schools at the elementary and middle school levels.

But the three proposals presented at the meeting left many confused about what could actually happen.

"It was a lot of information to digest," John Anella, Board President for South Bend Community School Corporation Board of School Trustees said. “I think people have been confused as to the first step.”

We sat down with Anella and South Bend Schools Superintendent Dr. Todd Cummings so they could help parents understand these changes.

"You get to redo resources. So you pay teachers more, you have lower class sizes, you're spending money on teachers and students, not on buildings that are nearly half-empty," Cummings said.

"School corporation is utilizing less than 70% of our facilities at this point, and to consolidate some of that and lower our facility costs, so that those resources can go into the classroom as opposed to going into building operations. So it's about being more efficient," Anella said.

However, this could mean the 600 students currently learning at the two buildings will have to change schools. And as for teachers? Some may lose their jobs.

Officials with the school corporation say they hope no teachers will be impacted but if there are cuts, the several teachers that have degrees but not certifications will be the first to go. Unless they are actively working on getting certified.

"We know this is a difficult process, my team is going to make sure that we make it as unobtrusive as possible," Cummings said.

Now, this isn’t the first time the corporation has resized and restructured. During the district's focus 2018 plan three schools closed down permanently and saved the district millions.

But last time, dozens of students left south bend schools. Only dozens, though it was hundreds?

"Some differences with that is this time it's grounded in academic improvement. And second, we are being as transparent as possible," he said. "We're getting community input we want to share with stakeholders and with students and with families.”

And the community is already speaking out. One mom writing to us on Facebook saying if South Bend Schools plan to close Hay, she’ll be taking her child to another district.

"It's always a risk. You ask families, employees, students, you to uproot them and to move them to a different school? You know, that's a, that's asking a lot. And some people will take the will move with you. And some will just take the opportunity to walk away," Anella said.

But is it worth the risk?

“I can't speak for the entire board. From my own viewpoint, you know, ultimately, the school district is operating at a capacity of 23 24,000 students. And now we have 16,000 students," he said. "We still have to create number one, improved academic performance for all our students. And then number two, we have to create an environment that's a financially sustainable district. So the downside to that is, sometimes you're gonna have to make some really tough decisions.”

The second proposal, the creation of an innovation zone for Muessel Elementary and Marquette Montessori Academy.

"We're committed to doing Montessori better. However, when you look at the state's grades, it has four consecutive fs, the state is not going to allow us to continue to use resources on a school that doesn't perform," Cummings said.

The state has 5 options for schools that are failing. The innovation zone was just one of the options South Bend picked.

"An innovation zone resets that grade," he said. "We think that to fix a Montessori and get it off of the state's F list, that we need a little bit of flexibility that the innovation school provides.”

But becoming an innovation zone means union contracts are severed for teachers.

"So teachers would reapply, but it would also give the leader of that building the flexibility to pay them more, pay for their certifications and their licenses. It would also pay for tutoring programs for after school programs," he said.

"If they are not going to be able to avail themselves of their union protections, I don't think that's appropriate," Kathryn Ball-Boruff, one mom of a Marquette student said.

It gives complete autonomy to school administration but some parents are worried the good thing they have going will be lost.

"The idea that somehow we're tethered to a failing school because of its test scores, that's ridiculous, and it's very, very offensive," she said. "The question is, you know when we've built this wonderful community, this thing that is giving a gift to the world, and we hear that, you know, we that children aren't able to shine their well, my child went there for six years, and my child is now at Adams in the IB, the pre-IB program, doing very, very well. So I do not believe it's not possible for our children just shine.”

The third proposal, which still has some time to be discussed, would possibly restructure middle and high schools for the 2022-2023 school year.

Options considered include moving 6th through 12th graders in the same building, changing an existing vocational center or closing a school down altogether.

"So we're going to take next year, and we're going to ask the community what they want to do with our high schools. Our last resort is closure," Cummings said.

The three proposals, just the next step for the district to achieve its main goals to run efficiently, perform well and save the corporation a ton of money.

In fact, closing Hay and Tarkington Elementary could save the district upwards of $4.5 million long-term.

"There probably will be changes in the district. And how exactly that look looks? I won't speculate. But we're going to continue those discussions. And at some point, some decisions will have to be made," Anella said.

For information on virtual info sessions with South Bend School Administration as well as when board votes will be, go to our website at ABC57.com, got to News, and click The Learning Curve tab. 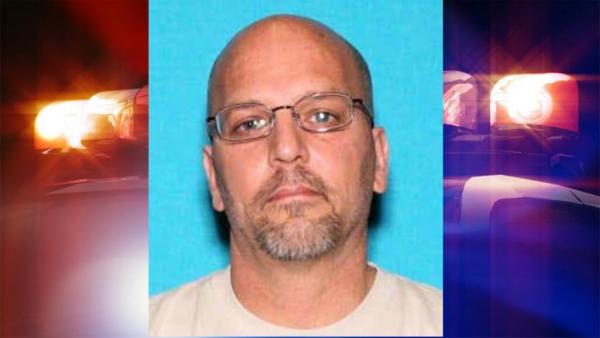