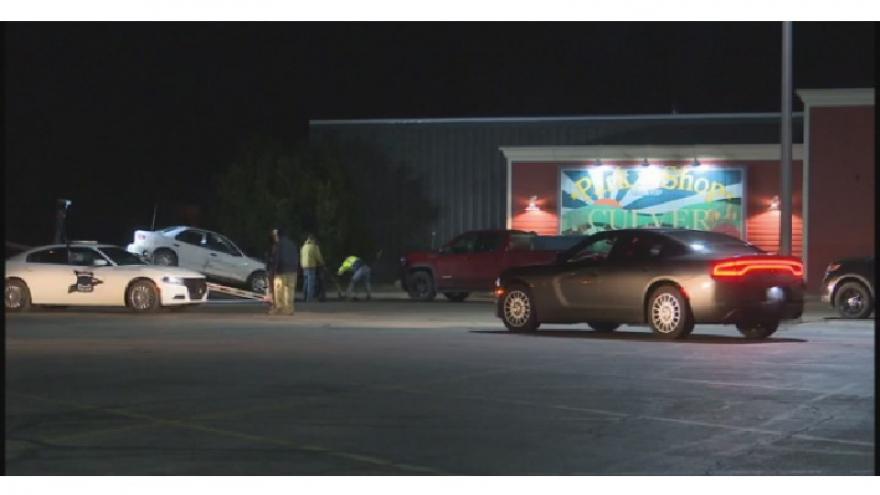 MARSHALL COUNTY, Ind. -- A sergeant with the Marshall County Sheriff’s Department has been cleared of any wrongdoing in the fatal shooting of Dylan Bush in November 2021.

The Marshall County Prosecutor’s Office released the findings of the investigation on Monday.

The incident began at 2:04 p.m. when an employee of the BP Express gas station on N. Main Street in Culver called dispatch for assistance removing an intoxicated person from the property.

While the employee was on the phone with dispatch, the suspect drove away with a large bottle of whiskey in plain view in the vehicle, the report said.

An officer with the Culver Police Department caught up with Bush’s vehicle at SR 17 and Washington Street around 2:07 p.m.

The officer pursued Bush’s vehicle throughout the area at high speeds.

The suspect then drove past the entrance to First National Bank and approached the exit. Sgt. Brown maneuvered his vehicle to block the exit.

Bush’s Cavalier hits the passenger side of Sgt. Brown’s vehicle and the other officers pinned Bush’s vehicle in with their vehicles.

All of the officers got out of their vehicles and ordered Bush to stop and show his hands.

The Cavalier lurched and repeatedly hit the side of Brown’s vehicle.

Brown placed himself between his vehicle and Bush’s vehicle and went to the driver’s side window shouting commands to Bush.

Brown reached into the vehicle in an attempt to disable the vehicle, but was unsuccessful.

Reports say Bush then accelerated forward hitting Sgt. Brown and propelling him into the side of his own vehicle.

Brown was then positioned toward the front and at the driver’s side window of the Cavalier.

The car lurched forward and to the left toward Sgt. Brown.

Bush’s vehicle then fled the bank and all of the officers got into their vehicles and pursued Bush’s vehicle.

The officers ran to Bush’s vehicle, opened the door and pulled Bush out of the vehicle and began CPR.

At 3:15 p.m., a paramedic was authorized to cease CPR. A medical helicopter was cancelled and the coroner’s office was contacted.

The autopsy found Bush’s cause of death was due to gunshot wounds. Two of the rounds were recovered from Bush’s body. The third was pulled from the Cavalier.

Toxicology showed Bush had cannabinoids, methanol in his system at the time of his death. His BAC was .230.

Sgt. Brown told investigators he thought Bush was trying to kill him with the car. He said he fired shots to “stop the threat,” reports said.

The prosecutor’s office report states Sgt. Brown believed deadly force was necessary to prevent serious injury to himself and that Bush’s refusal to stop was a risk that could endanger the lives of others if he was not apprehended.

An officer in a similar situation would have acted in the same manner, the prosecutor’s office said.