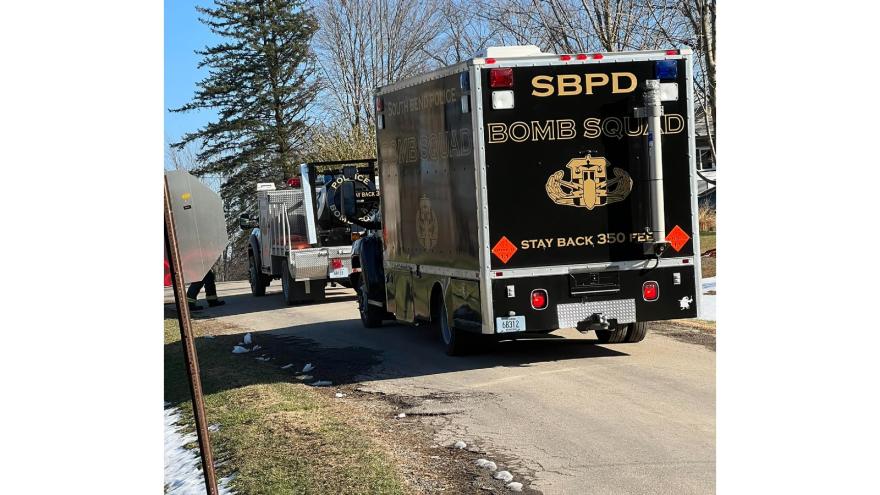 MARSHALL COUNTY, Ind. - A possible bomb threat at a residence in Marshall County was found to be a novelty alarm clock, according to the Marshall County Sheriff's Office.

The Plymouth Fire Department was dispatched to Menominee Drive at 12:37 p.m. Tuesday afternoon for the incident.

The South Bend Police Department bomb squad was also called to the scene.

According to the sheriff's office, the residence was vacant and listed for sale when a potential buyer saw what was described as several sticks of dynamite with a switch wired to it inside the home.

The item was found to be a fake novelty item believed to be an alarm clock, reports said.