NOAA -- The planet continues to warm at an alarming rate. The surprise is not that 2020 was one of the warmest years on record, it’s that it was nearly the warmest year on record in what is a typical cool-cycle for the planet, La Nina. 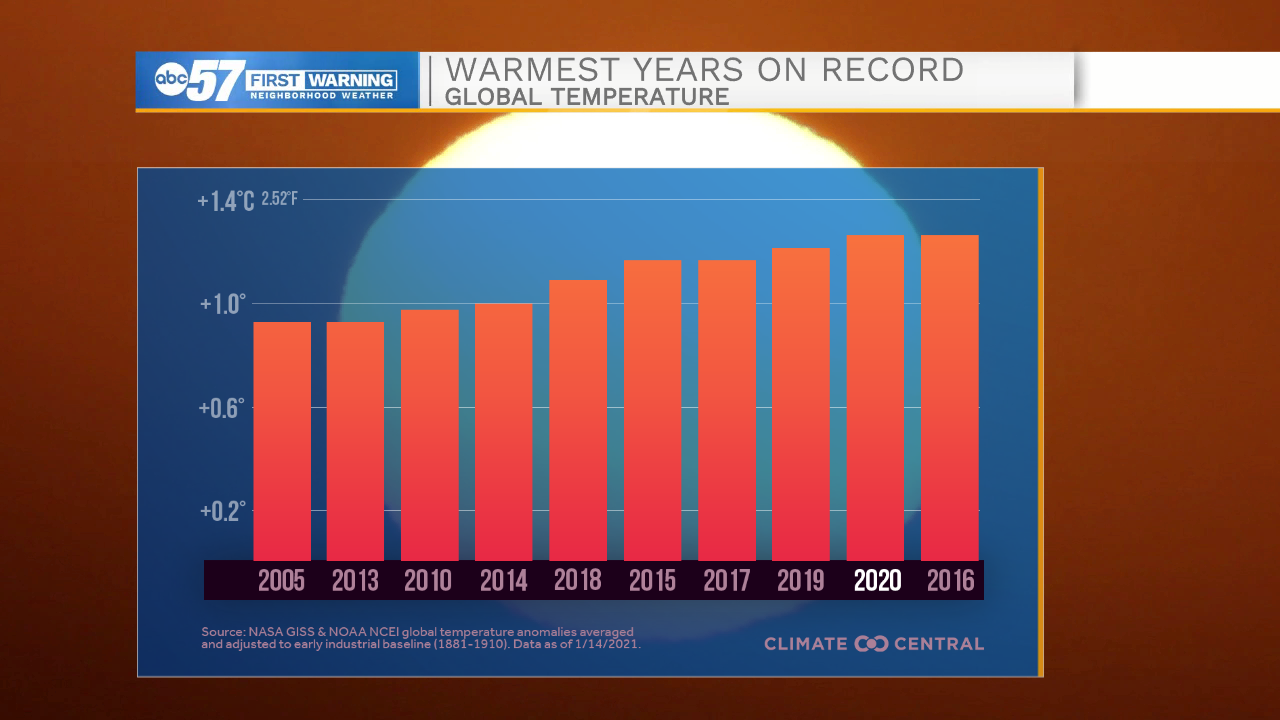 A week after releasing the climate report for the United States, the National Oceanic and Atmospheric Administration (NOAA) published it’s global climate report.

Highlights of the report include.

Cooling #LaNiña put a brake on the heat only at very end of the year.#climatechangepic.twitter.com/Lrx75kai13

There were records around the globe for costly weather related disasters, including a record tying (2018) 103 named storms, word wide.

Climate change comes with a cost, as rapid changes outpace infrastructure, agriculture and natural adaptation to new extremes in heat and precipitation. 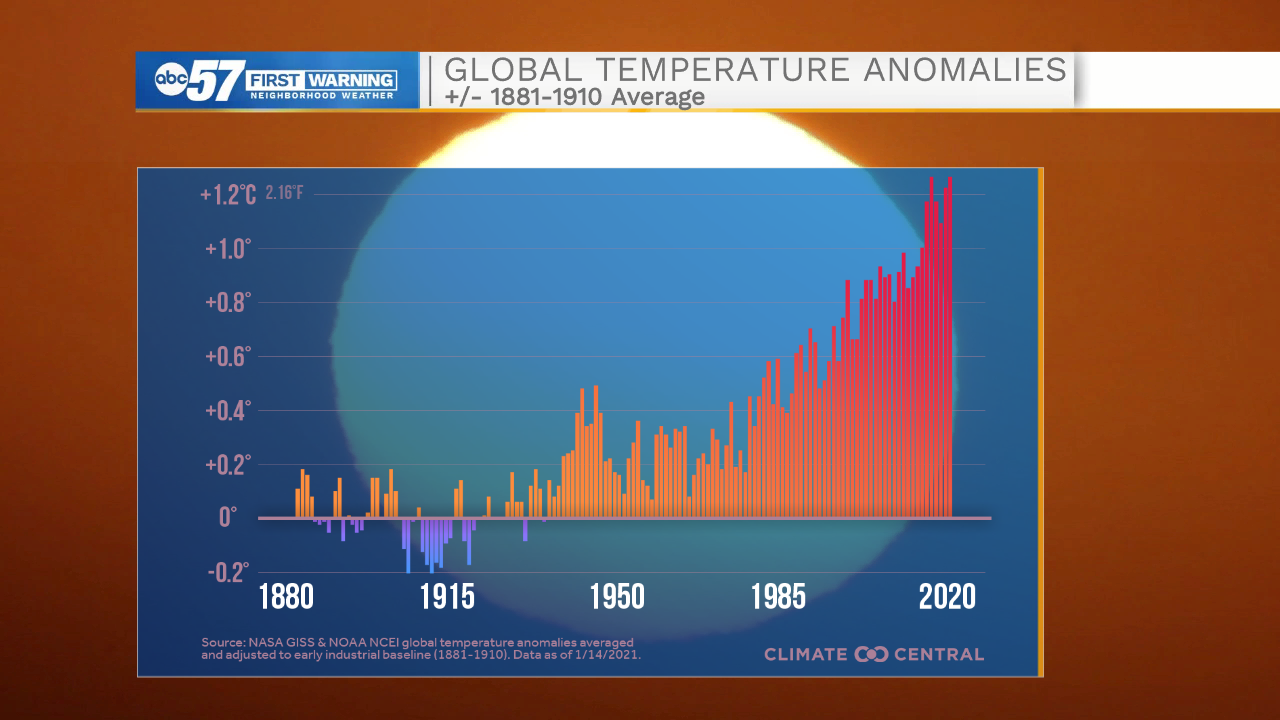 Locally we continue with yet another near-snowless winter.