Man accused of robbing people he communicated with on dating app 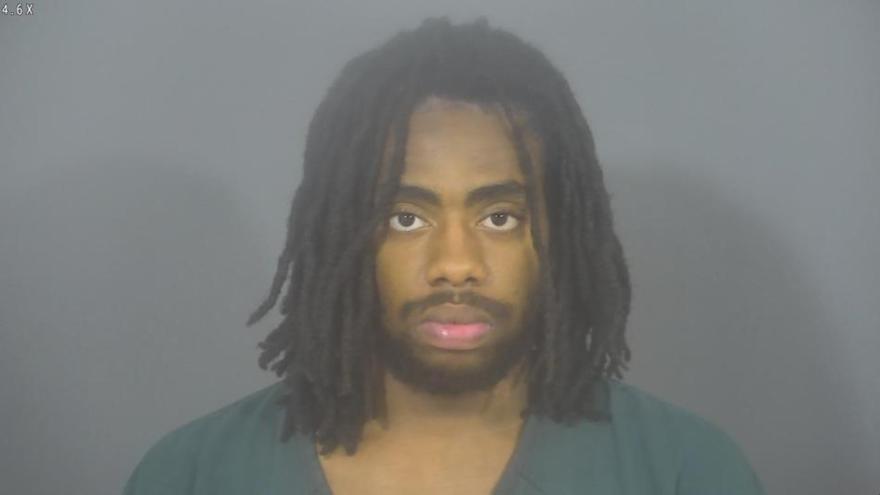 ST. JOSEPH COUNTY, Ind. - A man was arrested after he allegedly stole cell phones from people he met on a dating app, according to the probable cause affidavit.

Dayavion Thompson, 19, was charged with four counts of armed robbery.

On June 28, the South Bend Police Department began investigating a string of armed robberies spanning from June 24 to July 6.

During the investigation, detectives found numerous similarities in the robberies, such as the general location of the robberies, what was stolen, and that the victims communicated with the suspect using a dating app before the robberies.

At 3:30 a.m. on June 26, South Bend Police officers met with the first victim, who said that before the robbery, they communicated with an unknown person using a smartphone dating app.

The unknown person used a screen name that didn't identify them.

The person and victim agreed to meet on Sorin Street.

Sometime after the victim arrived, a shirtless male wearing a ski mask got into their vehicle and eventually pulled out a small handgun and demanded the victim's wallet, reports said.

The victim gave the suspect about $10.

Around the same time, other South Bend Police officers responded to Notre Dame Avenue for another armed robbery report.

The unknown person told the second victim to come to East Sorin Street so they could meet up.

At the address, a male suspect wearing a ski mask got into the second victim's vehicle and eventually pointed a small, semi-automatic handgun and demanded the victim's cell phone, reports said.

This victim ran from the vehicle with their phone and car keys and called police.

At 11:30 a.m. on July 5, South Bend Police officers were called to another robbery report.

The third victim said they were robbed in the 300 block of North Eddy Street.

This victim also communicated with an unknown person using the same dating app as the first two victims.

The unknown person told the third victim to meet them on East Sorin Street but changed to a second location.

At the second location, a male wearing a puffy blue jacket and black ski mask got into the third victim's vehicle.

He told the victim to drive to a parking lot at Notre Dame and South Bend Avenues and in the parking lot, he pulled out a handgun and demanded the victim's cell phone, reports said.

The suspect allegedly racked a round into the chamber of the handgun and took the victim's cell phone.

At 11:40 a.m. on July 6, South Bend Police officers responded to a robbery report.

The fourth victim communicatied with a person using the same dating app as the other three victims.

The unknown person told the fourth victim to meet in the area of South Bend Avenue and Frances Street.

There, a male wearing a black ski mask got into the victim's vehicle and told them to drive to an apartment complex.

In the parking lot of the complex, the suspect pointed a handgun at the victim and demanded their wallet, reports said.

The victim didn't have one so the suspect searched the victim's vehicle for one.

When he didn't find one, the suspect demanded the victim's cell phone.

When asked if he was really going to take their phone, the suspect allegedly said, "mother [expletive deleted], give me your phone before I shoot you."

During the investigation, Thompson was identified as a person of interest.

Thompson was living on East Sorin Street during the robberies. His residence was in the approximate area the victims were sent to.

At the time, Thompson was on probation and had GPS Monitoring.

On July 26, officers performed a search warrant at two locations in Mishawaka and South Bend.

At the police department, Thompson told officers he moved to the Mishawaka location on July 23 and before that, he was living at the East Sorin Street address.

He told police he's had his GPS device on since April.

Thompson initially denied knowing anything about the robberies but later admitted to taking cell phones from people about a month ago, reports said.

He told police he communicated with the victims using the same dating app the victims identified, according to reports.

Thompson said he used the app to send victims to addresses near his residence on East Sorin Street and, upon meeting them, would get in their passenger seats, display a BB gun, and demand their cell phones.

He would also demand the victims' passcodes so he could re-sell the phones, police said.

He said he wouldn't show the victims too much of the BB gun because he didn't want them to know it wasn't a real gun.

Thompson believed he committed three robberies but said there may have been up to six, police said.

He instructed his friends sell the cell phones at an ATM inside a grocery store, reports said.

Photos captured by the ATM showed Thompson standing next to the seller during the transaction, reports said.

Data from Thompson's GPS showed him at the grocery store the ATM was in at the time the fourth victim's cell phone was sold.

Thompson is due in court on August 26.