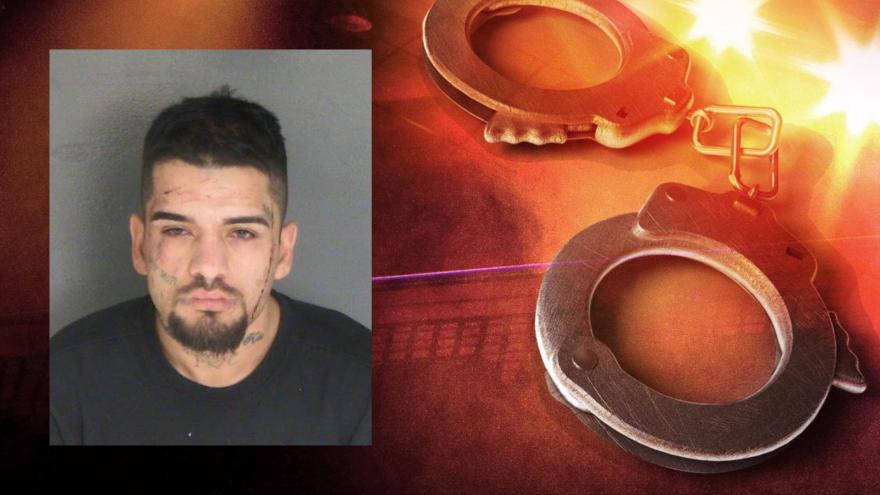 VAN BUREN COUNTY, Mich. - A man was arrested after allegedly leading deputies on a pursuit in Van Buren and Berrien counties early Wednesday morning, according to the Van Buren Sheriff's Office.

At 12:45 a.m., dispatch received a call from a semi-truck driver who was following a white pickup truck that was traveling erratically on I-94, near the Hartford exit.

According to the semi driver, the truck nearly hit the semi as it drove by, weaving in and out of the travel lane and driving on the shoulder of the road.

A Van Buren County sergeant located the vehicle near mile marker 56 shortly after a Be on the Lookout broadcast was issued on the pickup.

The sergeant pulled over the vehicle after witnessing it traveling erratically, reports said.

After stopping, the pickup truck drove off again, using an Emergency Vehicle Turnaround to leave the eastbound lanes and travel west on I-94, according to deputies.

The driver of the pickup reach speeds of between 85 and 100 miles per hour and was able to avoid spike strips placed on I-94 by multiple law enforcement agencies, reports said.

The chase moved into Berrien County, where a third deployment of spike strips damaged one of the pickup's tires.

The driver continued driving at slow speeds and made multiple attempts to swerve into police vehicles whose officers were ordering him to pull over, reports said.

None of the vehicles were damaged in the incident.

The chase ended near mile marker 38 and the driver, identified as 27-year-old Gino Miller of Sterling Heights, Michigan, was taken into custody by the Van Buren County Sheriff's Office.

During the arrest, law enforcement found a small amount of fentanyl in Miller's possession, according to reports.

Miller has multiple active warrants, including out of Berrien County for fleeing and eluding and possession of cocaine, deputies reported.

He also has a warrant out of Illinois, according to deputies.