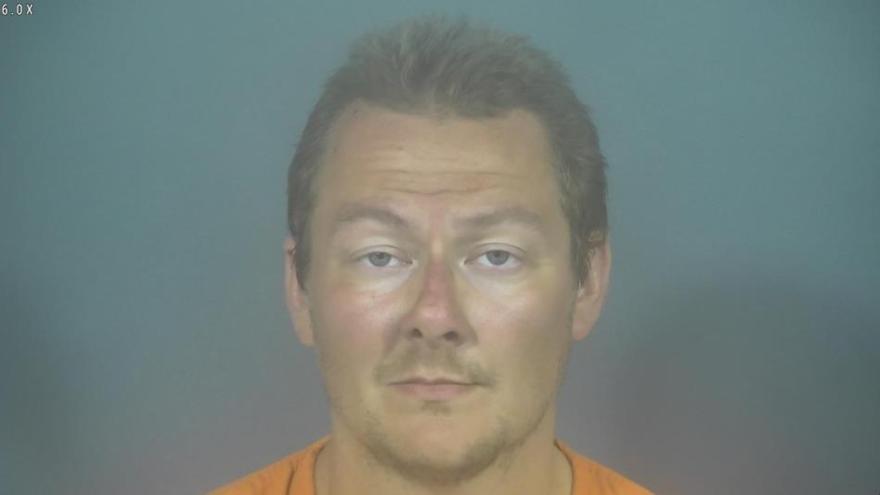 ST. JOSEPH COUNTY, Ind. - A man was arrested after he allegedly hit a five-year-old and later cut off a goose's head, according to the probable cause affidavit.

Joshua Rogers was arrested on the charges of battery resulting in bodily injury person under 14, torturing or mutilating a vertebrate animal, and cruelty to an animal.

At 4:36 p.m. on July 23, officers with the South Bend Police Department were called to Leeper Park after a woman reported an unknown male, later identified as Rogers, had slapped her five-year-old daughter in the face.

The woman told officers the victim was riding her bike slightly ahead of her mom when Rogers said something to the girl.

The woman thought Rogers said something about the victim going to the opposite side of the road.

The woman stopped and asked Rogers what he said.

Rogers then allegedly walked up to the victim and struck her twice with an open hand, knocking her off her bike.

The woman and victim quickly left the area and called police.

Officers observed a red mark under the victim's left eye.

While officers spoke with the woman, other South Bend Police officers responded to another call in Leeper Park.

A witness reported seeing an unknown male cutting off a goose's head by the river.

The witness pointed officers to a man, identified as Rogers, sitting by the river.

An officer approached Rogers and explained why he was there.

While speaking to him, the officer noticed feathers in Rogers' hair.

When the officer pointed out the feathers, Rogers immediately began rubbing his head.

The officer looked down and saw the decapitated head of a goose on the ground near Rogers, reports said.

When asked where the goose's body was, Rogers said he didn't know.

Rogers denied being the one who cut off the goose's head and said a group of people were attacking the geese and he was trying to help the goose, according to reports.

He also denied having a knife, reports said.

Rogers allegedly became uncooperative, asking the uniformed officer if he was actually a police officer.

The officer asked Rogers to stand up and move away from the river but Rogers refused, police said.

When he stood up, the officer saw that the body of a goose missing its head had been under Rogers the whole time.

The woman positively identified Rogers as the man who hit her daughter.