Made in Michiana: North American Signs 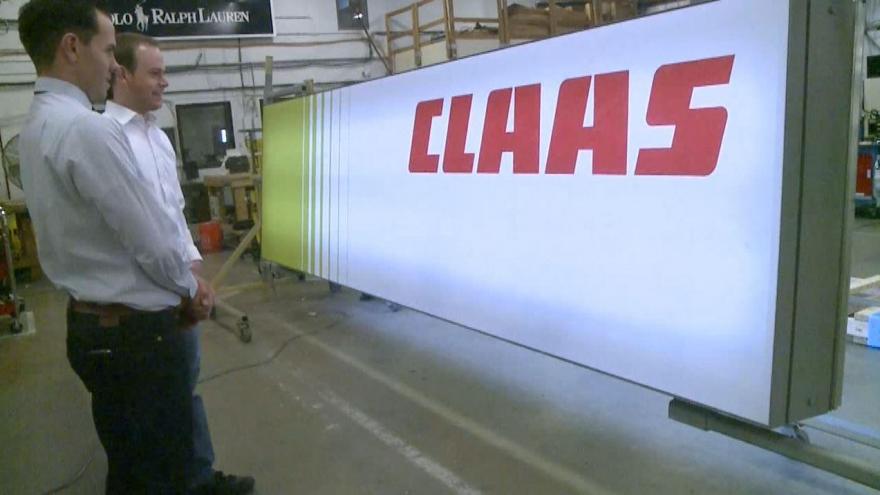 When it comes to signs, one company has been leading the way for almost a century. Now known as North American Signs, this company's roots run deep in the South Bend community.

"My grandfather started the business in 1934 as South Bend Neon Company when neon was just new, " said owner John Yarger.

At a time when neon was all the rage, they dominated the local industry.

Yarger runs the company now, but it has remained family owned from the very beginning.

"My grandfather owned it until he passed away in 1959 and then my dad took over for several years and then his brother joined him and they ran it together for about 40 years," said Yarger.

In that time his father grew the company from a local leader to a big player on the national stage. It all began with one store.

"It really started with Pier One Imports when they came to town at the 100 Center," said Yarger.

The company designed the sign for its local store and then asked to work with the retailer on other stores.

"The next project was in California and they said -- no, you're not going to California," recalled Yarger. "But the one after that was in Grand Rapids and we got that and we started doing regional work for them back in the 70s and then went national."

It was only up from there.

"We have signs now really all over the United States certainly, Puerto Rico, and in the UK and we work with partners all over the world now," said Yarger.

Some of those partners include companies we see every day.

"We do signs for a lot of national brands," said Yarger. "We grew up certainly with Pier One Imports. We did work with them for a long long time. We did a lot of the Barnes and Noble build outs across the country. Juicy Couture. We have Kate Spade now."

"I have friends all over the country who can't find welders or painter or other skilled craftsman and in South Bend we have a lot of skilled craftsmen.

It's also what he says will keep North American Signs made in Michiana for many years to come.