Made in Michiana: Indiana Whiskey Co. 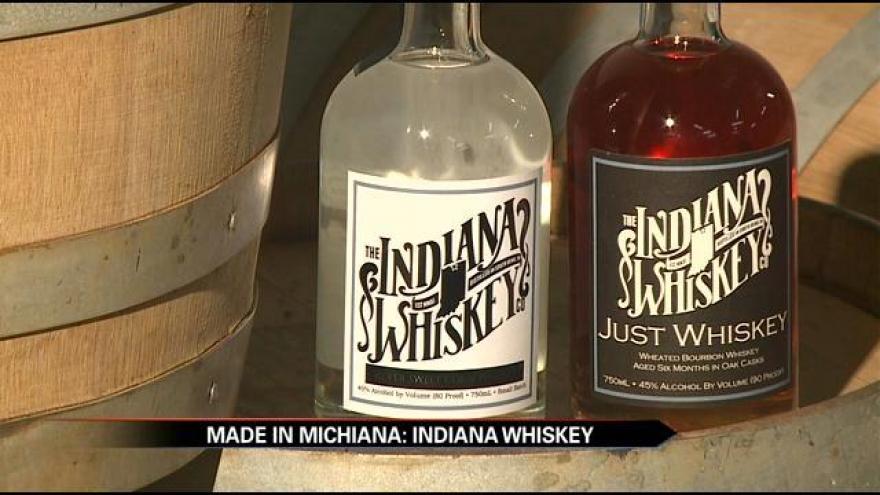 SOUTH BEND, Ind. - Indiana is not typically known for its whiskey and after serving thirteen years in the Army owner Charles Florence set out to change that.

"I started going to places like the American Legion and VFW and sharing drinks with old vets from World War 2, Vietnam and Korea," said Florence. "One of the common themes was Indiana doesn't have a real good small batch whiskey of its own, why not?"

Cut to six years later and Florence is moving into a new west side warehouse and bringing with him a successful batch of truly Indiana whiskey.  All the ingredients straight from the Hoosier state.

"Indiana spends about a million dollars a year on Whiskey's that come from other states and so if we were going to make it here it made sense to use the agriculture we had," said Florence.

"I think that gives people a real connection I hope to the product," added distiller, Michael Norris.

Beyond the ingredients the way Indiana Whiskey Company makes its whiskey is exclusive to South Bend. Most whiskey companies get their stills from one of three manufacturers.

"Ours was made from our own design right here in South Bend," said Florence. "There is no other sill like it. Unless you come to South Bend and you get Rick Dembrowski over at Deluxe Sheet Metal to weld this thing for you it's not going to taste the same. "

The morning team stopped by right as Florence and Norris were putting the finishing touches on their new location. One that, when at capacity, will employ nearly ten full time workers and ship out 50,000 bottles a year to 120 locations across the state.

The new warehouse will also sell bottle and offer tasting's and tours.

"Both selling bottles and selling glasses and I hope selling a comfortable experience for trying the product and getting to know us," said Norris.