Heavy snow looks likely this time around for Michiana

NOW: Heavy snow looks likely this time around for Michiana

After an early week miss of significant snow across Michiana, the region's fortunes could be very different this weekend.

Before dismissing Sunday's snow, it's worth comparing the two systems and seeing why we're more confident in heavy, more impactful snow this time around.

The low pressure system that tracked through Michiana Monday and Tuesday of this week moved basically right over us. This was a major concern leading up to that storm, and why the ABC57 team of meteorologists kept forecast snow totals low. 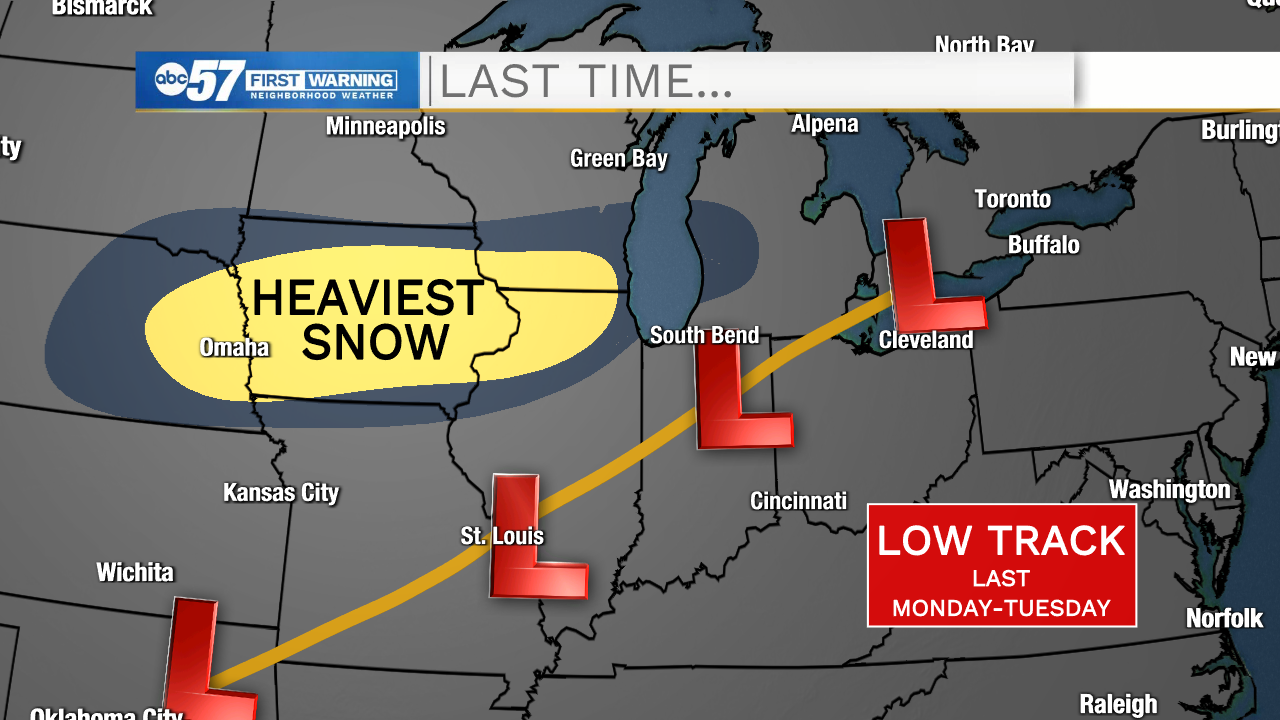 This track meant the heavy snow fell across Iowa, Nebraska, Wisconsin and northern Illinois (northwest of the low's center) instead of over Michiana.

While this weekend's low pressure system will start it's journey in a similar spot, almost all of the models are set on an EASTERLY track of the storm. 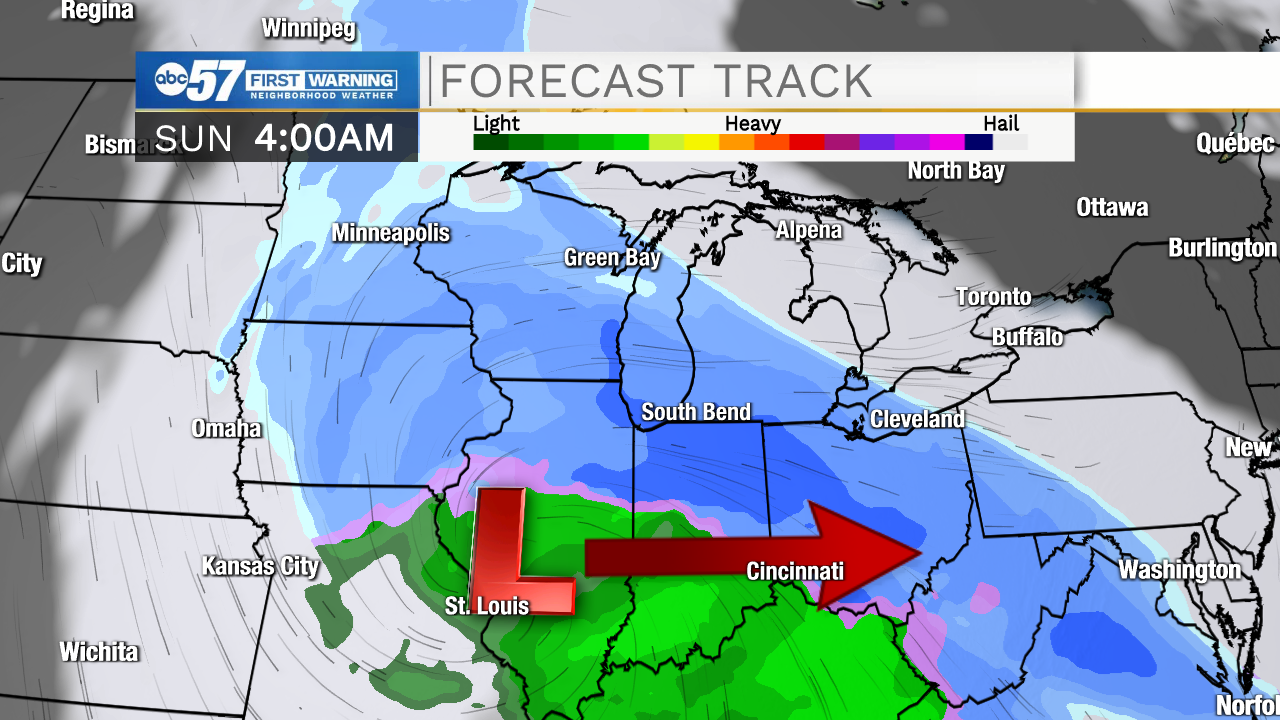 Why is this important? An easterly track (while not exactly ideal) keeps the mixed precipitation and warmer air OUT of Michiana and allows us to tap into some cold air and favorable dynamics in the north of the storm.

Another thing to look at is temperatures. Remember, leading up to our early week storm, temperatures were VERY warm. 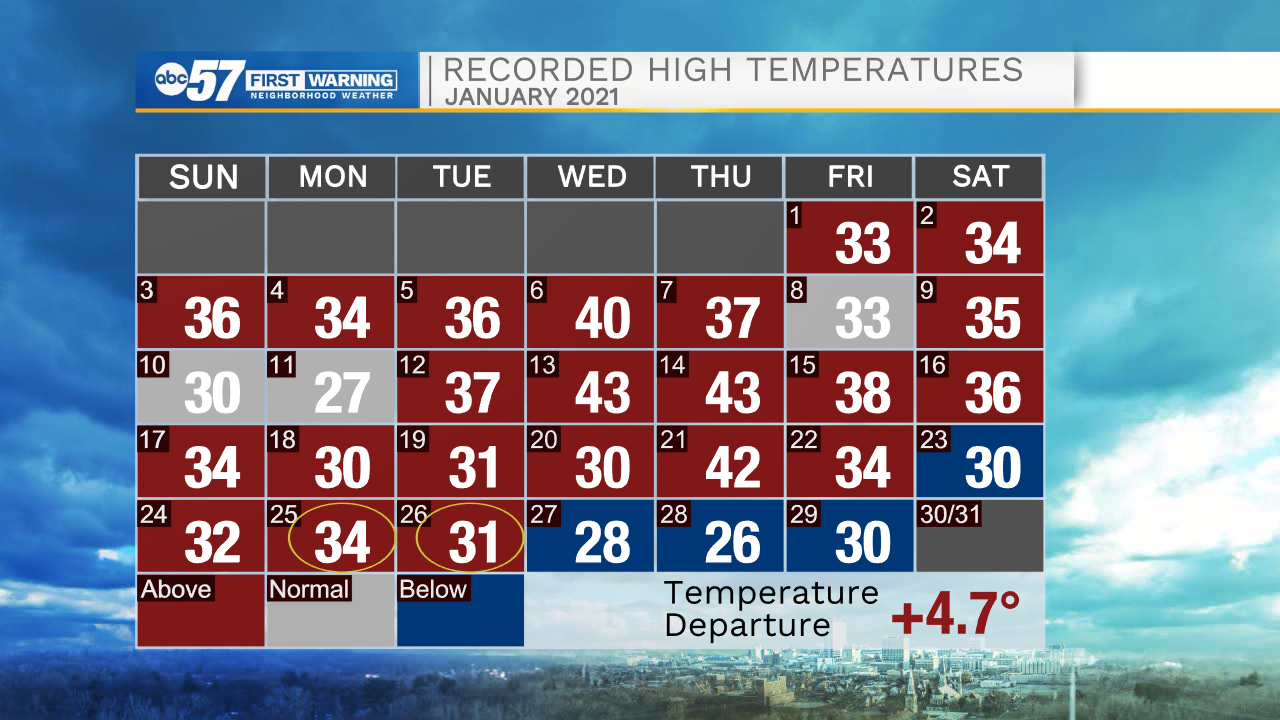 Temperatures were consistently above normal, culminating with a high above freezing right before the snow started on Monday.

This time around, we've had three straight days of below normal temperatures (and very cold temperatures at night). And while temperatures will be near the freezing mark on Saturday right before the snow again, this time, the preceding cold and the rate of snow should do enough to counteract the ground temperature.

Confidence is high that around six inches of snow is likely for most of Michiana with this storm. However, if the snow sticks around longer than forecast, we could end up with more, especially near US 30. This is what we call the "boom" scenario. 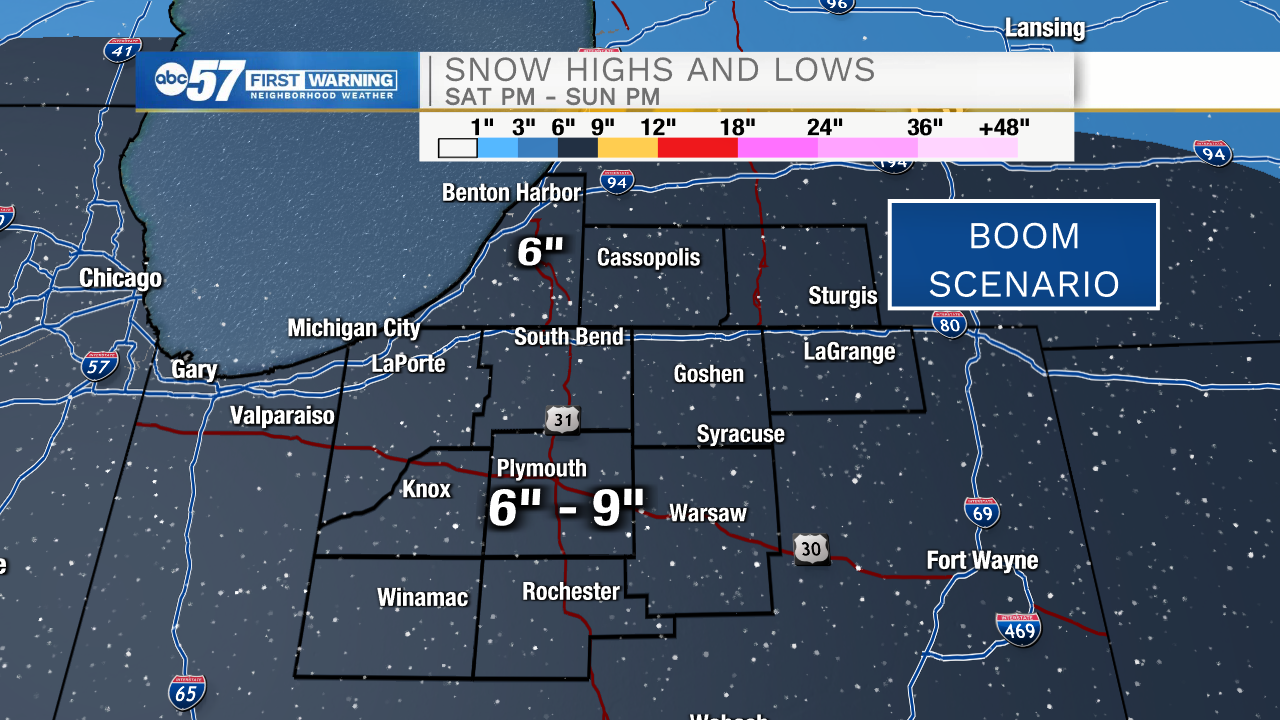 Then, there is the other side of the coin: the bust scenario. If the track shifts a bit or if dry air causes the snow to wrap up sooner than planned, we could be closer to 3" area wide. 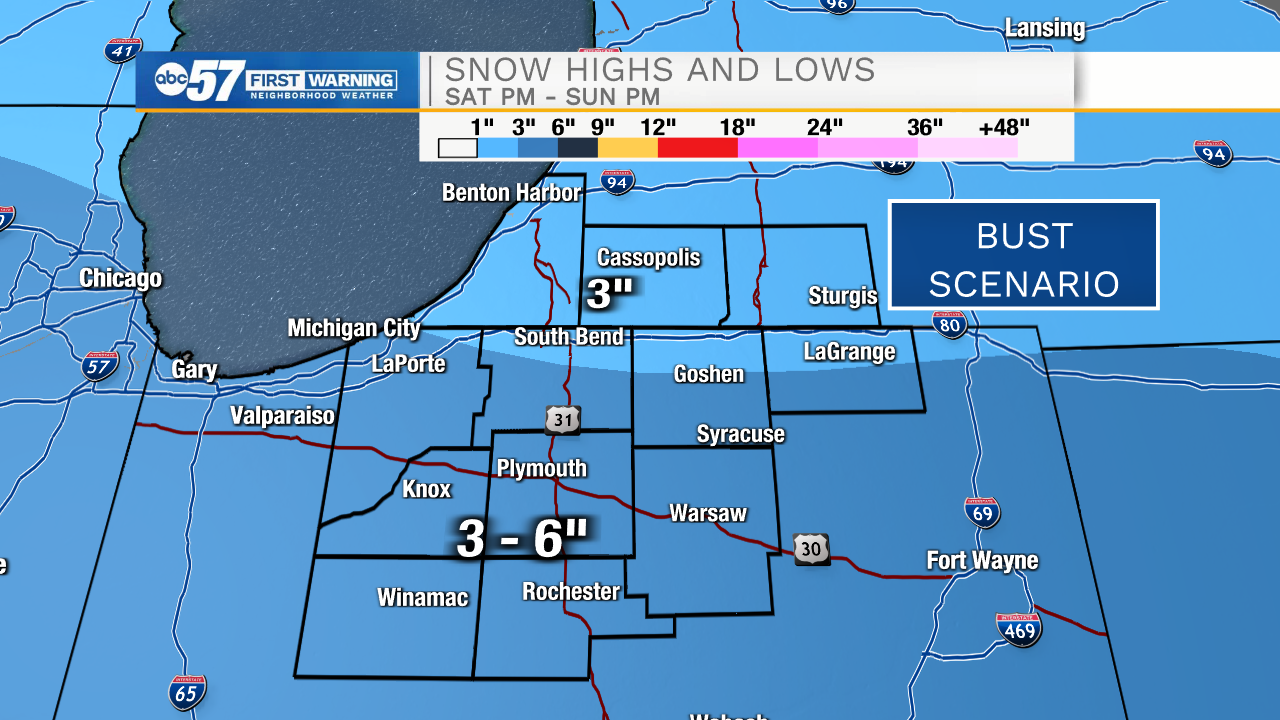 One thing is for sure: more wet snow is on the way for Sunday morning which could cause plenty of headaches across Michiana.

Download the ABC57 First Warning Neighborhood Mobile Weather App for round the clock coverage in the palm of your hand.