In a recent study by Climate Central, 95% of cities examined have seen an increase in normal temperatures during the fall months (September, October, and November) in the last 50 years.

Areas on this map in orange and red are the cities that have warmed the most. This includes the southwest and northeast portion of the country. 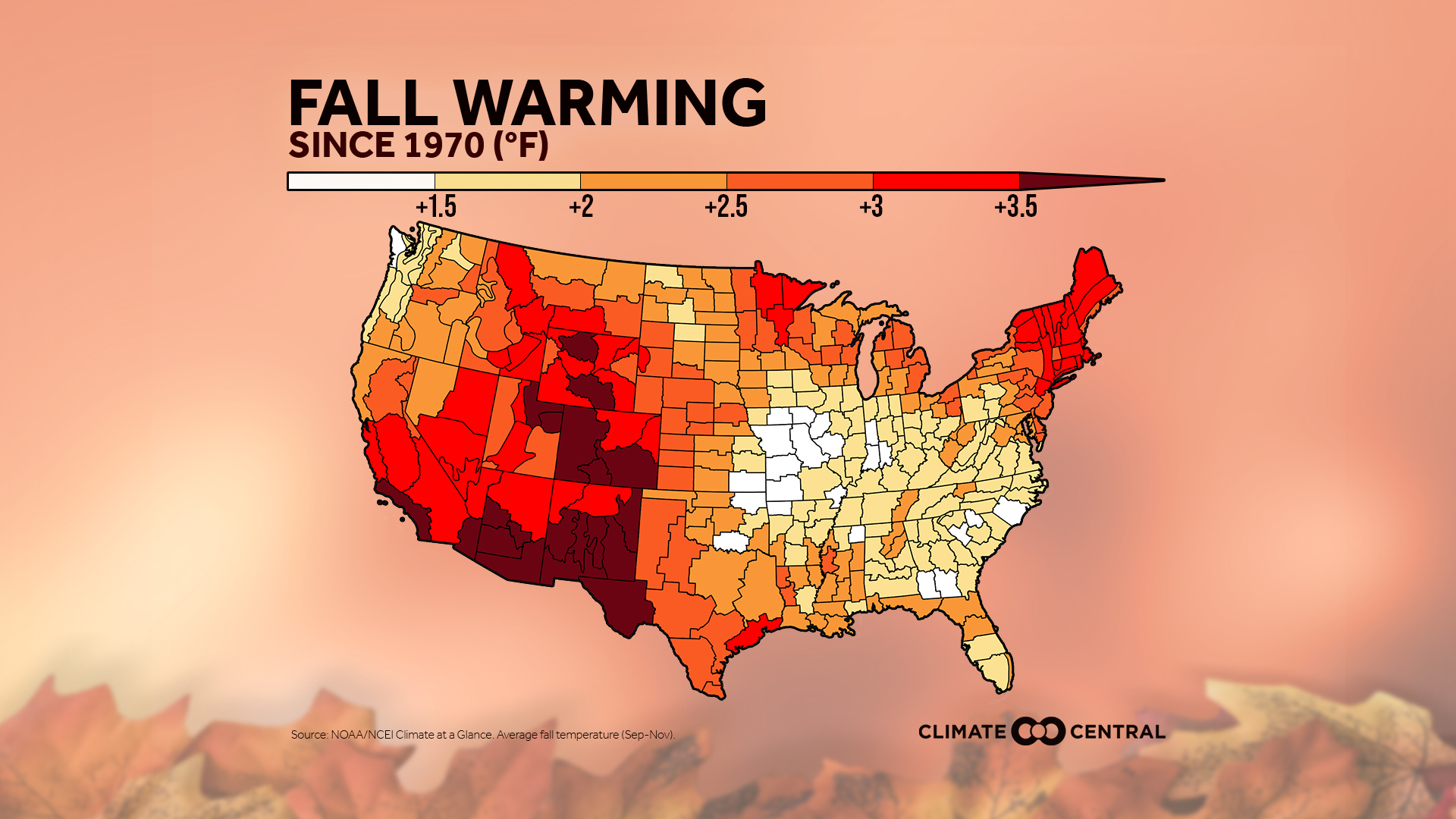 Interestingly, in South Bend, there have been falls with temperatures well above and well below normal, which keeps the trend line looking even since 1970. The average fall temperature here is still in the low 50s, just like it was in the 1970s. 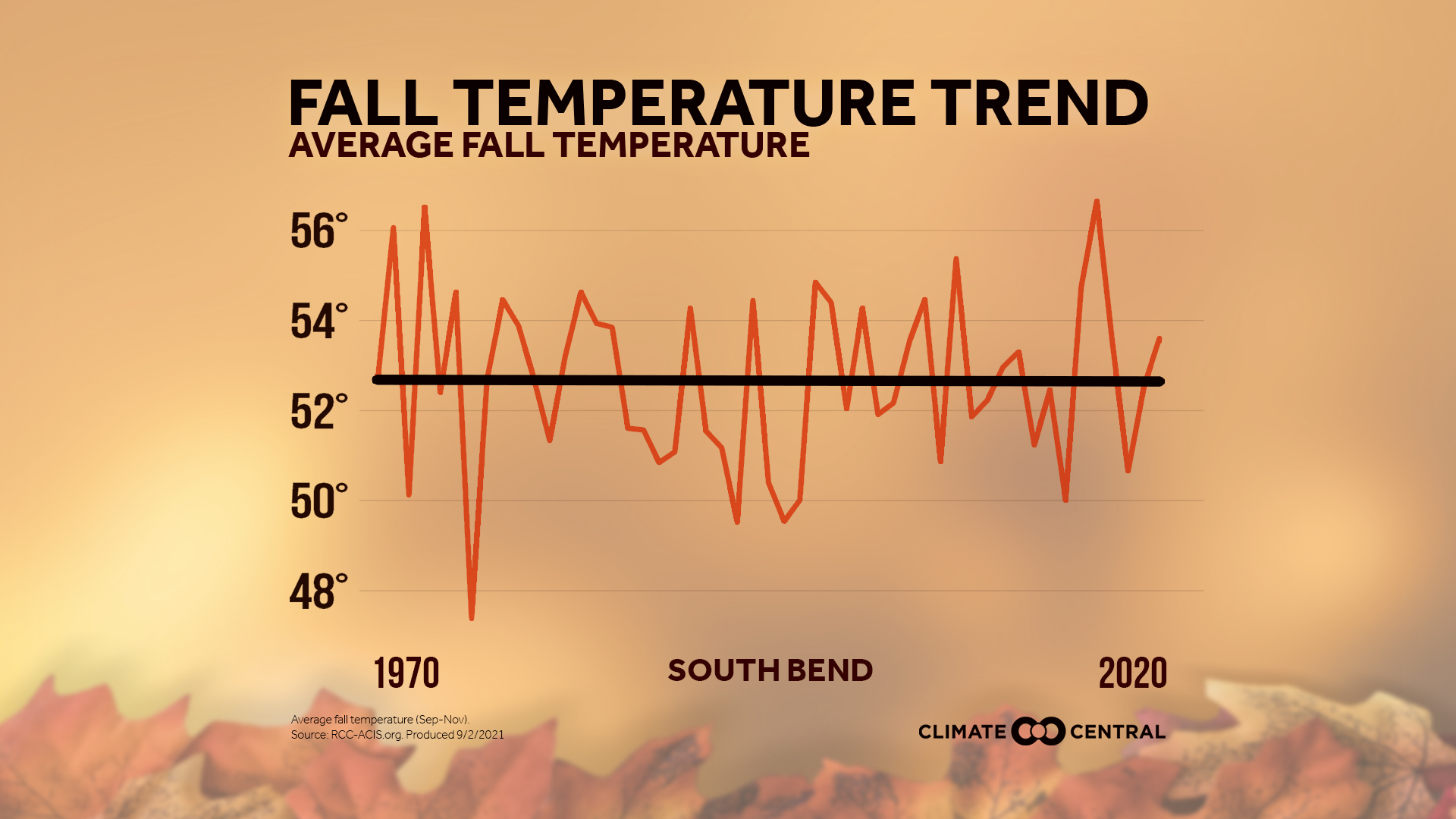 In 2021, Michiana's fall has started warmer normal. The average high temperature for September 2021 so far is around 80 degrees. A normal September average is around 74 degrees. We've been running about 6 degrees warmer for the month.

As temperatures stay summerlike longer, we keep the impacts of summer longer. 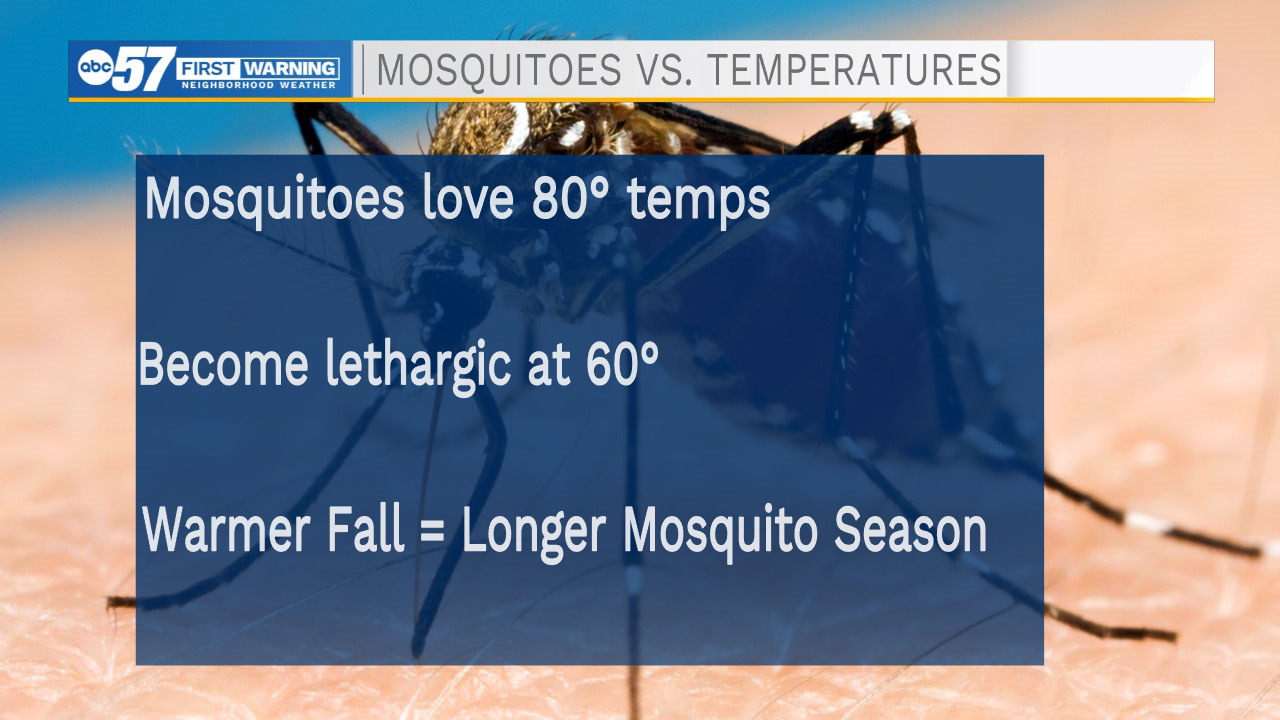 Take these guys: mosquitoes. No one likes them in the summer, so seeing them in the fall feels even more pesky. They thrive in temperatures in the 70s to 80s, and they only become inactive once temperatures drop into the 50 to 60 degree range. A warmer fall means a fall filled with more mosquitoes. 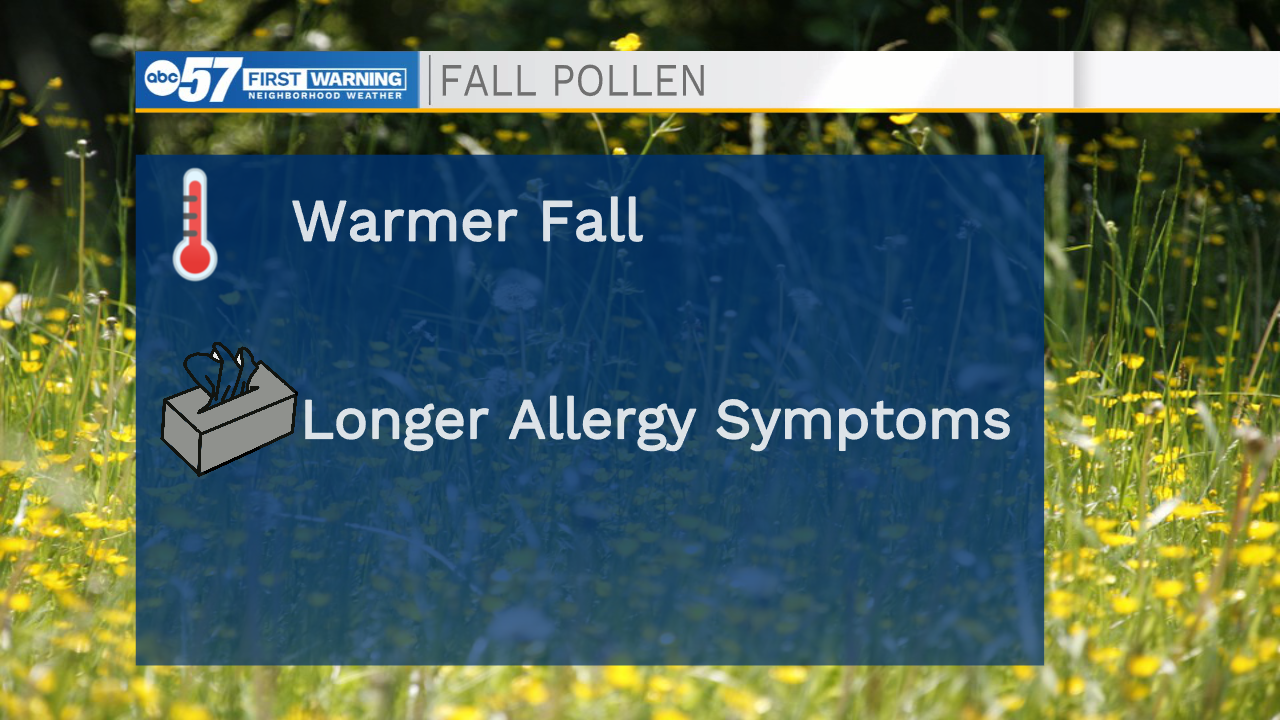 Another implication is pollen and allergies. As plants live longer with warmer temperatures, it means those sensitive to allergens will have to keep their box of tissues and allergy medication around longer too.

Air quality is also impacted. With warmer temperatures, people run their air conditioning later into the year. Not only is this bad for the air, but it is bad for your wallet.

If you're looking to save some money through the fall, try switching off your air conditioning. You can cool your home by opening the windows overnight, and by keeping your curtains closed during the day.

I ran an experiment with the blackout curtains at my own apartment. My bedroom window directly faces the sun. While I enjoy letting in the natural light, I keep these curtains closed during the day to keep my room cool.

When I measured the temperature of the inside of the curtains, I found it was between 94 and 104 degrees. The air temperature in my room was 76 degrees, and I wasn't using an air conditioning.

If you've ever wondered if thick curtains are actually effective in keeping your home cool, this experiment helps to prove that. 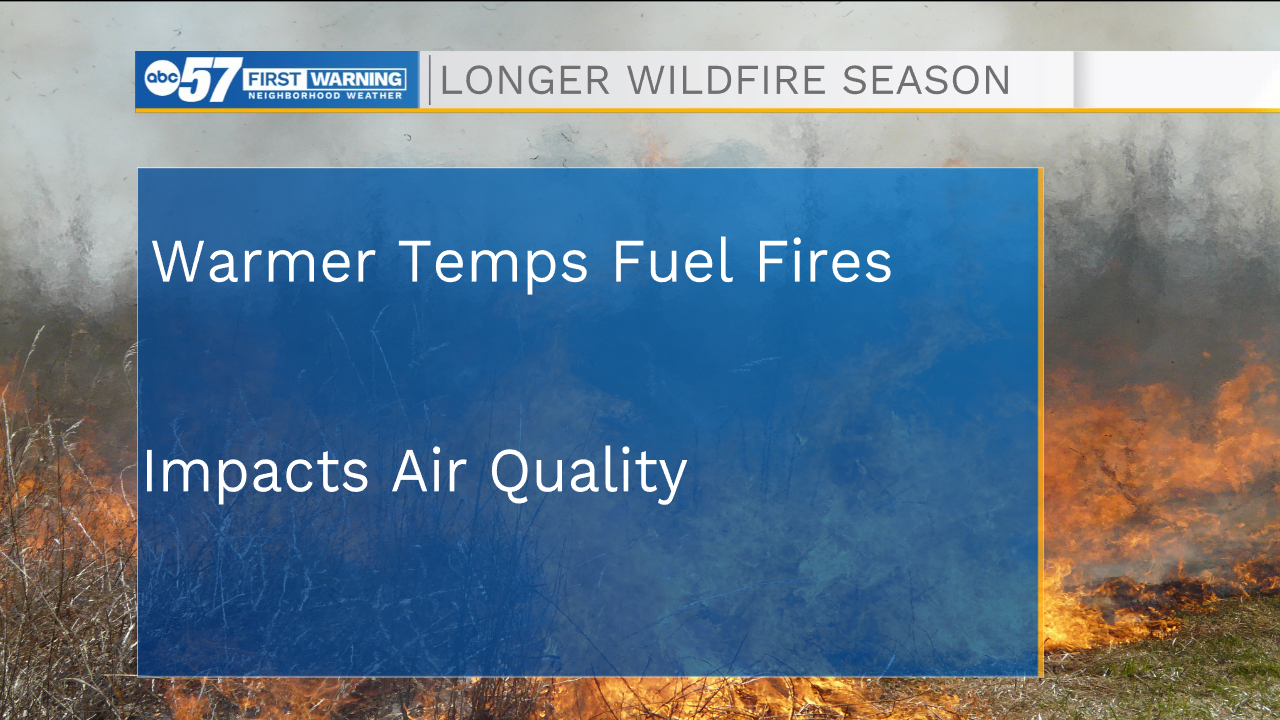 Air quality and pollution is also impacted from wildfire season. Warmer temperatures can mean an extended wildfire season in the United States. Fires mean more devastation to land and property, while smoke means more health implications because of the air we breathe.

Temperatures in Michiana will cool as we head into October. Even though temperatures will be cooler than September, the outlook still forecasts above normal temperatures through the next month. 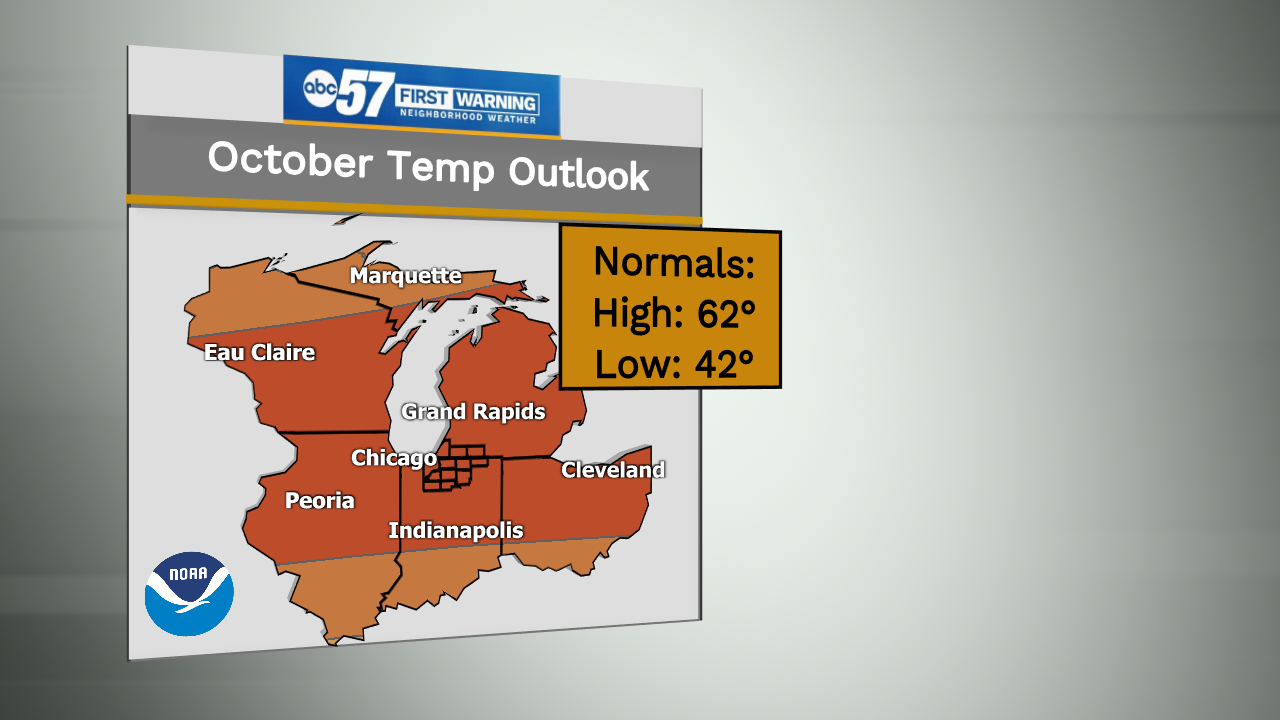 Normal daytime highs in October cool to the low 60s, but with this outlook, it's possible that temperatures will still be above this.