Charges filed against suspect in fatal shooting at Bleachers 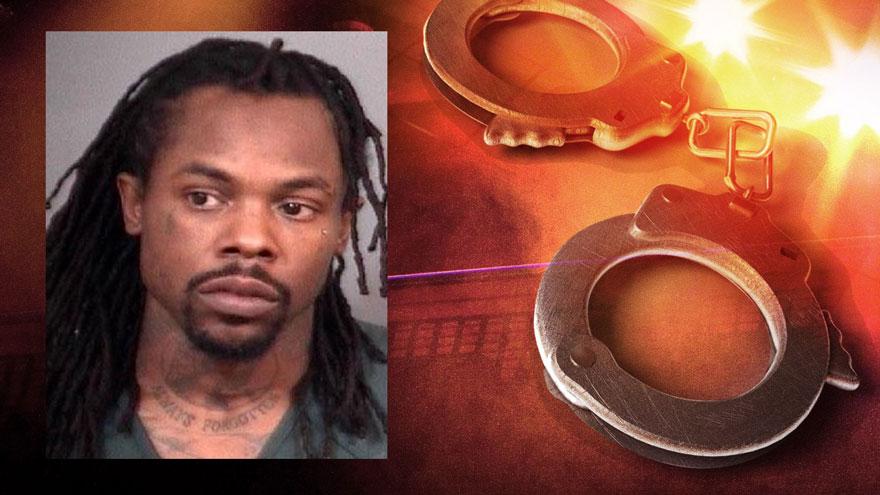 ST. JOSEPH COUNTY, Ind. -- A man is facing murder charges in connection with the fatal shooting at Bleachers on September 21, according to the St. Joseph County Prosecutor's Office.

Timothy Marcus Mayberry, 33, has been charged with one count of murder in the death of 28-year-old Avery Brown.

The shooting happened in the bathroom in the early morning hours of September 21st.

South Bend Police were dispatched to Bleachers around 2:17 a.m. to investigate a shooting.

When they arrived, they found Avery Brown in the restroom at the back of the bar. He was pronounced dead on scene.

Witnesses told police a man with long dread locks was seen and confronted by several people as he tried to leave the bathroom area and the bar after the shooting, reports said.

Surveillance video showed Mayberry pay his bill and  leave the bar while wearing a dark shirt. A few minutes later he returned to the bar wearing a light colored hoodie.

The video showed Brown go into the single stall restroom, then Mayberry went into the restroom moments later and shut the door with the two of them inside, according to the probable cause affidavit.

Mayberry then left the restroom and it appeared he was tucking something up into his waistband under his shirt, reports said.

Witnesses confronted Mayberry as he tried to leave and a small scuffle ensued in the back, reports said.

Near the exit, another witness confronted Mayberry and tried to detain him, but Mayberry pushed past the person and made his way to a black sedan, reports said.

Mayberry's friend David Goodman then exited the bar and got into the black sedan and left, reports said.

Brown suffered three gunshot wounds, two to the right side and one to the back. There were three spent shell casings in the restroom, according to the probable cause affidavit.

A warrant has been issued for his arrest.