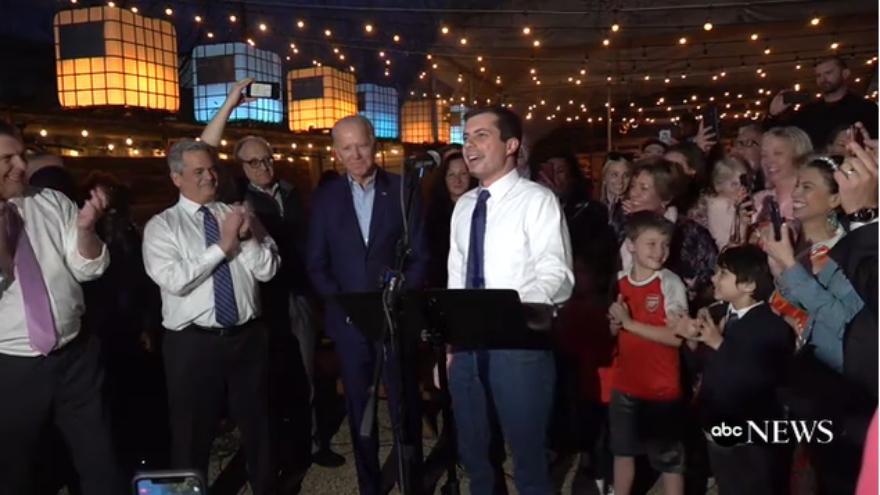 In the digital ad, Biden appears alone on screen at first, offering an update to supporters and saying that it’s a “critical moment to defeat President Donald Trump" in the upcoming election.

“That’s right, this is a critical moment and that’s why we need you to chip in whatever you can, $5, $10, $20. Please do what you can to make sure we succeed in this primary and defeat Donald Trump,” Buttigieg says in the ad, joining the former vice president on camera.

The two then remain on screen together and Biden offers a united front for the former political rivals.

“And by the way, it’s going to be we. Mayor Pete and me! And I tell you what, he’s endorsed me and I can’t tell you what it means to me,” Biden says in the ad. “He has such integrity, honor and capacity,” Biden adds, thanking Buttigieg.

The digital ad comes less than 24 hours after Buttigieg endorsed Biden for the Democratic candidacy at a rally in Dallas.

On Sunday, Buttigieg suspended his own campaign for the presidency.

Neither Senator Amy Klobuchar nor former Texas Rep. Beto O’Rourke, who also endorsed Biden for president on Monday, appeared in the digital ad.