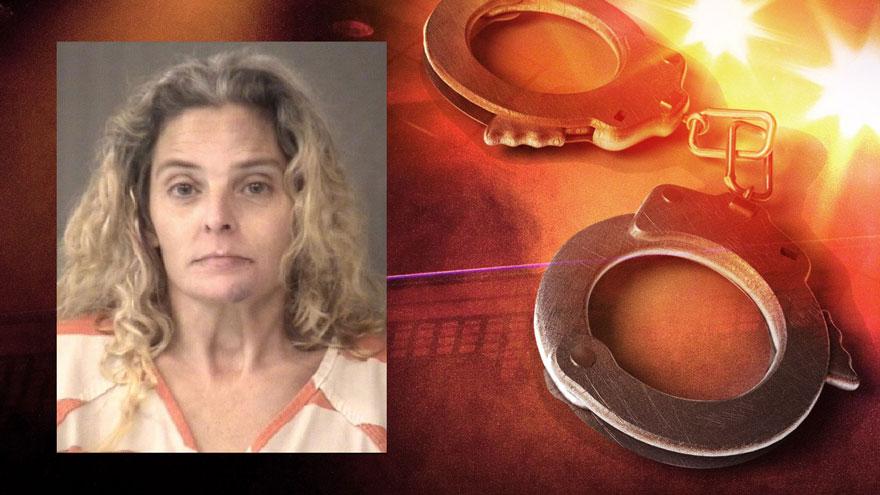 KOSCIUSKO COUNTY, Ind. -- A woman who was the subject of a manhunt following a triple stabbing incident on Tuesday has been charged with murder, attempted murder and several other charges, according to court documents.

On December 15 just before 10 a.m., the 911 center was contacted about a stabbing at a home on West Side Drive that injured three people.

When deputies arrived, they located 42-year-old Matthew Lucas, deceased at the scene. He had been stabbed in the neck, face and chest.

The were two other victims in the home. One was stabbed in the chest and airlifted to a hospital in Fort Wayne.

The other victim spoke to police and told them Lucas’ girlfriend, Vickie Wooldridge, stabbed her husband and son, according to the probable cause affidavit. Police then began a search for Wooldridge.

The female victim told police she heard her son, Lucas, and Wooldridge arguing downstairs and she yelled at them to stop fighting.

She tried to get Wooldridge off her husband, but Wooldridge started attacking her, reports said.

The victim was struck in the face while attempting to flee the home, reports said.

Wooldridge attempted to pull the victim back into the home, causing multiple injuries, according to the probable cause affidavit.

The female victim suffered facial injuries, cuts to her hands and loss of teeth.

The male victim told police he heard arguing downstairs and yelled downstairs asking if everything was all right, reports said.

Wooldridge told him everything was okay, but a short time later, Wooldridge came upstairs and stabbed him in the chest while he was sitting in a chair in the living room, according to the probable cause affidavit.

He said after his wife was safely out of the home he got the knife from Wooldridge, who then fled the home, reports said.

Wooldridge was located before noon hiding in a dumpster several miles from the scene.

An autopsy showed Lucas’ cause of death was multiple stab wounds.

Wooldridge has been charged with murder, attempted murder, aggravated battery with substantial risk of death, criminal confinement while armed with a deadly weapon and battery by means of a deadly weapon. Charges were filed Thursday.