Last winter was my best winter forecast to date, coming within five inches of the total December through February snowfall in South Bend, and calling for above normal temperatures. I'd like to say it was all skill, but I know there is some luck involved. 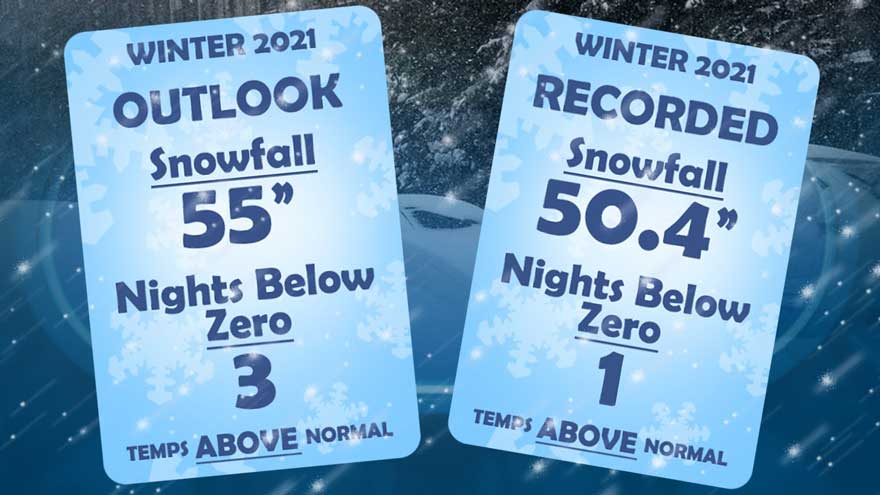 So what’s my secret? I can tell you, I don’t spend hours looking through decades of data to come-up with my forecast. There’s a somewhat archaic method, where you could look at how hot the summer was, how much rainfall, the number of 90 degree days, you name the variable, and try and find the corresponding year in the past.

We call that archaic process, looking at analogs. There are some more useful analogs, like the ENSO climate cycle of El Nino and La Nina, when they are strong they can dominate the weather for winter, but when they’re not, they are as unfortelling as wooly worms. 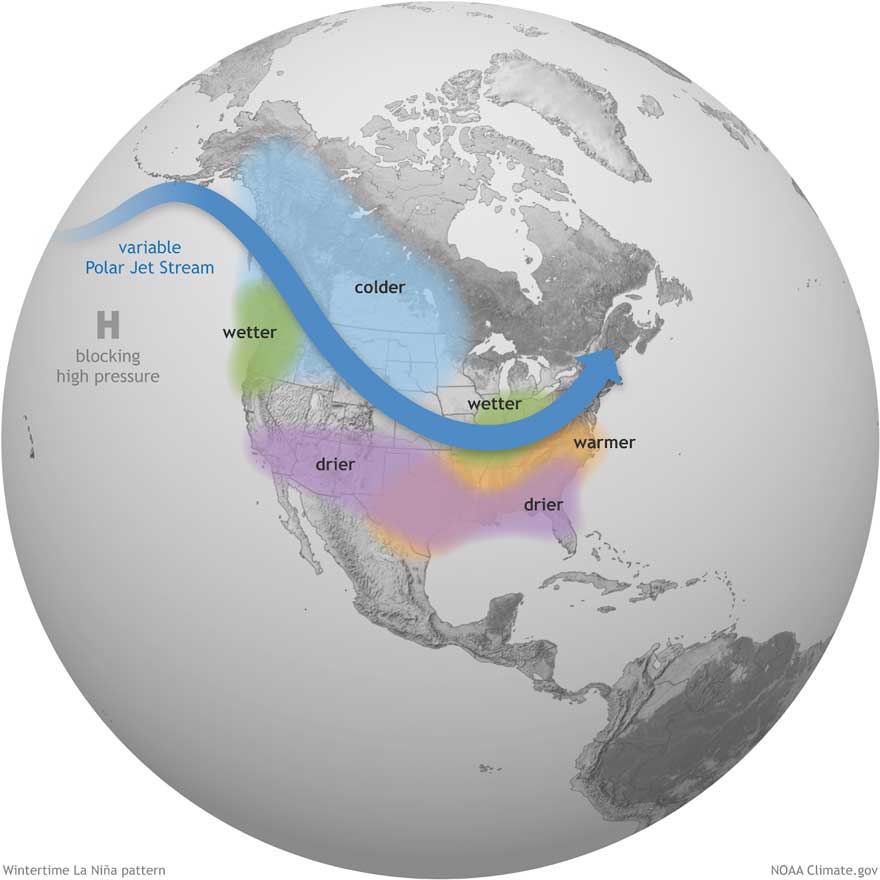 So instead of giving you a bunch of analogue, I’ll give you my best analogy for seasonal forecasting, POKER!

I use statistics just like any professional poker player to help hedge my bet. Those who follow my forecast know, I’m not one to hype, or in this context bluff.  I’m usually the one with the sensible outlook, I don’t often win big, but I don't lose big either. I play to be the reliable winner long-term.

So let’s play a hand of poker and see what winter 2022 has in the cards. 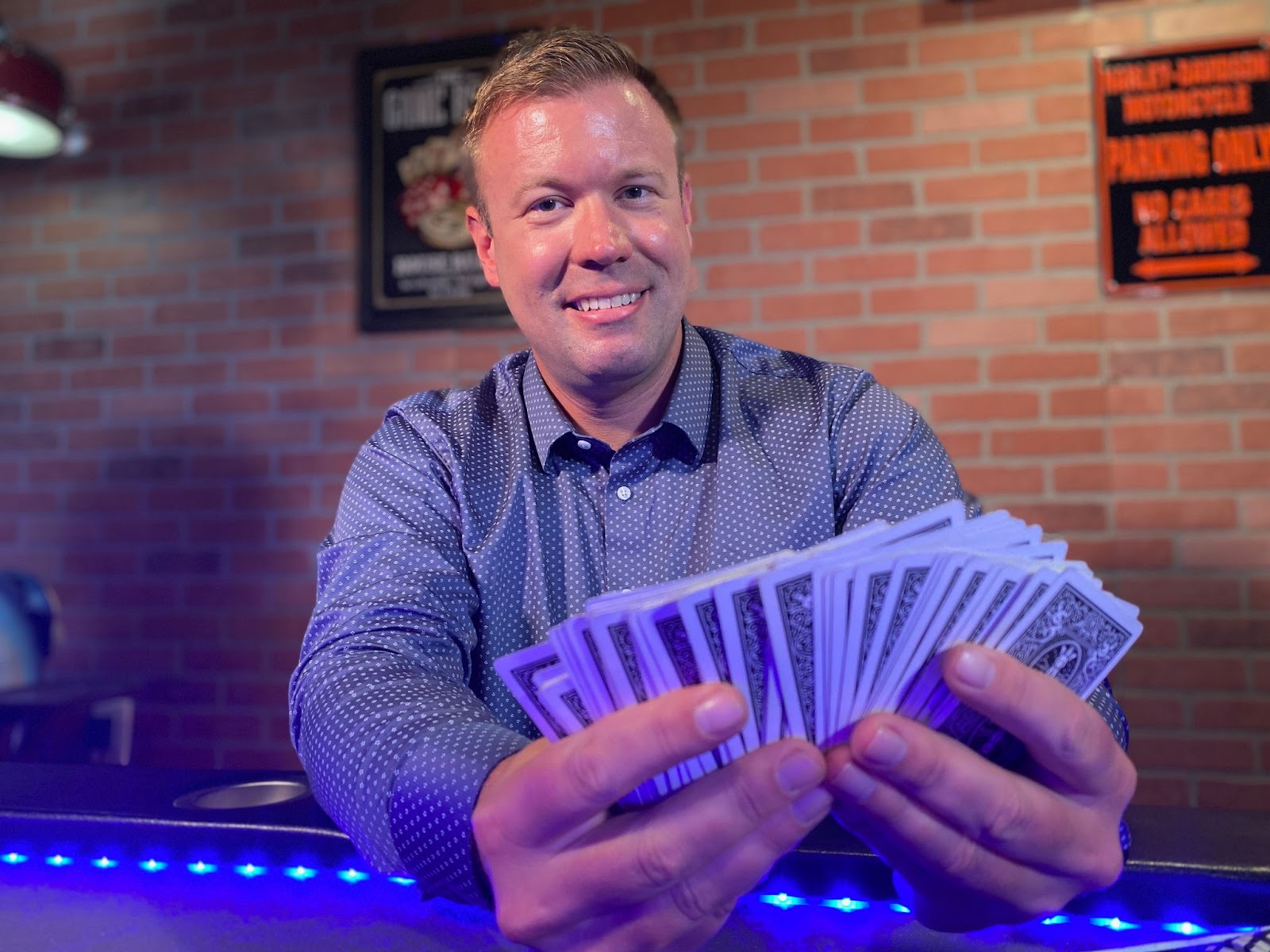 I’ve been dealt Ace-King, which is a pretty good hand, it has a nearly 40% chance of winning off the deal, which is pretty good given all the combinations in a 52 card deck.

Going into Winter 2022, we have nearly the same set-up as last year. The ENSO cycle is heading into a La Nina, which at least favors above normal precipitation. But the question is, does ‘wetter’ mean rain or snow? Long range models are leaning towards above normal temperatures, so there’s no guarantee of big snow. 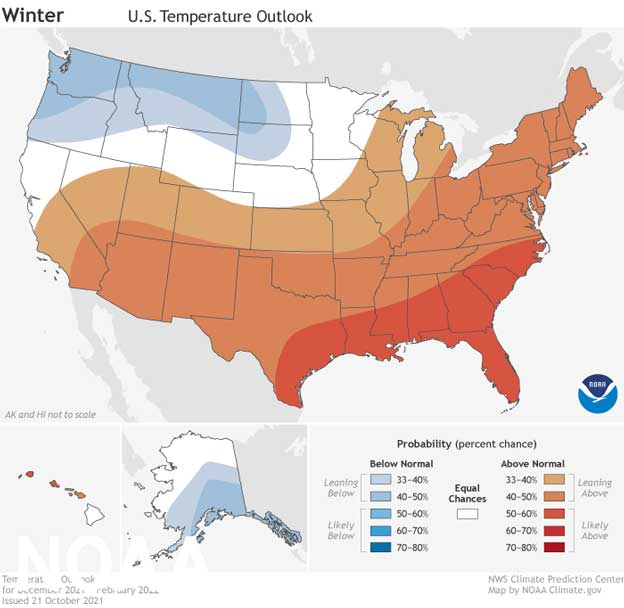 The winter outlook from NOAA puts Michiana in a 33% to 40% probability of ABOVE normal temperatures. A poker analogy for this would be being dealt king-ten-suited ( K♣,10♣), with a 37% win probability. 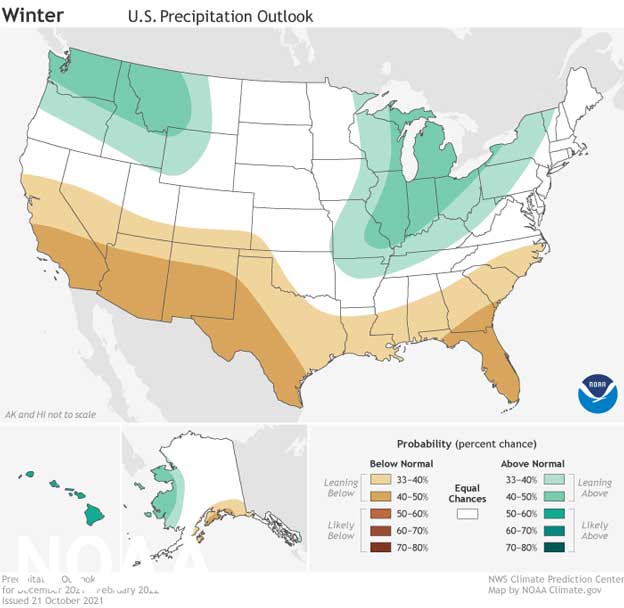 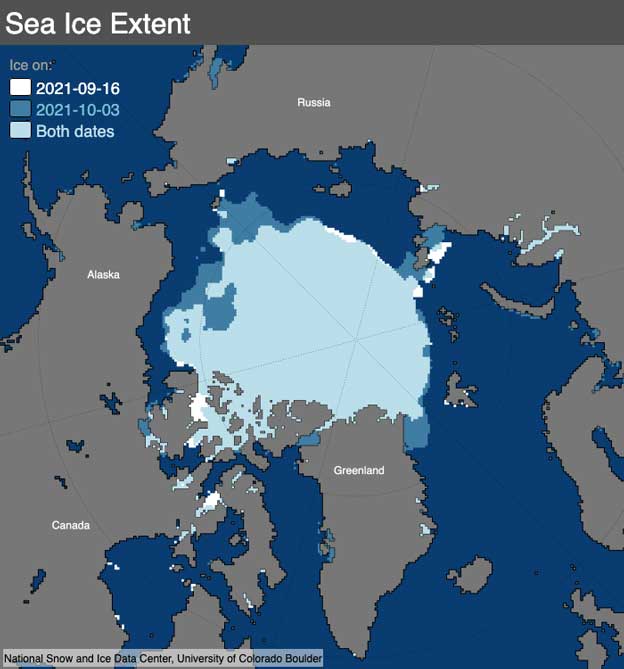 There are a few other interesting wrinkles, arctic sea ice is higher compared to this time last year but Siberian snow cover is lower. This could be a wash, but may be too early to tell the implications to the polar vortex. 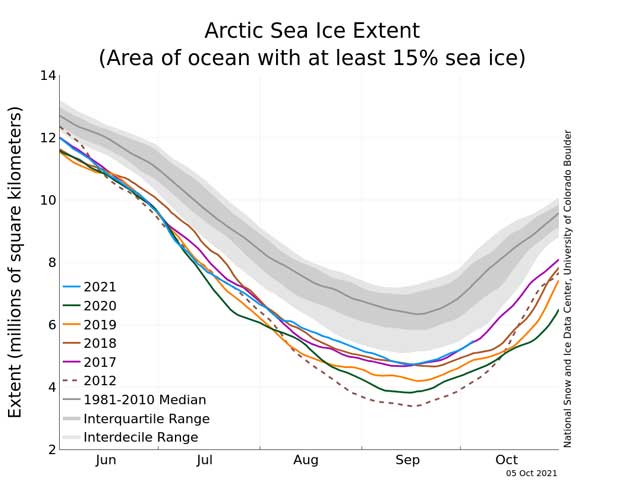 Given the inside information from last year, I feel good about my hand.

The three cards being turned over offer a lot of information as to how winter may play-out. Think of the flop as the month of December. I’m making this forecast at the end of October, waiting until December to see how good a hand I'm dealt.

The flop cards improve my poker hand. I think the warm-trend from fall continues into early Winter, likely delaying the onset of cold and snow, like last year.

Think of the turn as January, it’s our coldest and snowiest month. If this month / card turns your way, you’re feeling really good about your forecast / hand.

Last year we had just 15” of snow in January, more than five inches below normal. I don’t see that happening two years in-a-row. I think that will be the difference between this year and last year.

The Deck is Stacked

A good poker player and meteorologist looks for any edge, to give them an advantage. Climate change has changed the game. A cold and snowy winter is less likely to happen. Last year was a good example, a somewhat favorable set-up resulted in a near-normal winter. There will be snow and cold but more years will be milder and less-snowy.

In this rapidly warming climate, looking at analogs from +30 years ago aren’t comparable. Personally, I’m only interested in winters since 2010, there were three BOOM years 2011, 2014 & 2018, but most years were near or below normal. 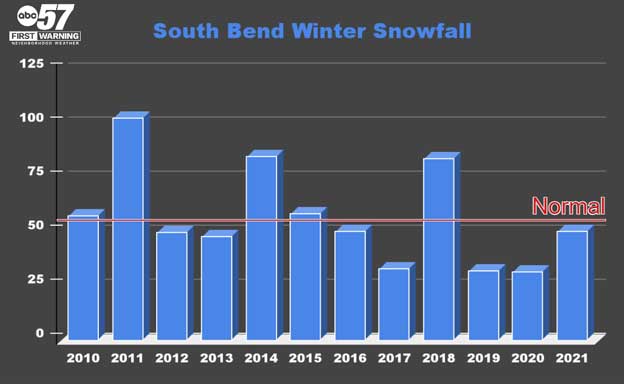 A big reason snow isn’t falling, IT’S TOO WARM! It’s hard to have snow when temperatures are above freezing. Even with a warm Lake Michigan, lake effect snow is pretty pitiful until temperatures are less than 25 degrees. 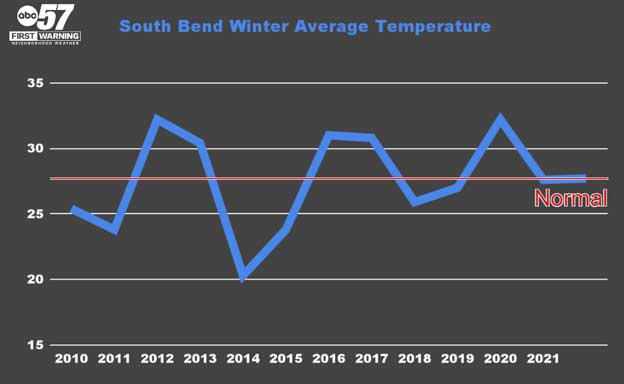 You likely already know these jokers, The Polar Vortex and Lake Effect Snow. They are related, when the polar vortex wobbles our way, so does the bitter cold, and that turns on the lake effect snow.

When you get one wild card, your hand improves, if you get two, you’re sitting pretty. Less arctic sea ice can lead to a more erratic polar vortex. Changes in the polar pattern usually last on the order of a couple weeks. So just like a wild card, timing is everything.

Just a couple more weeks of colder weather could likely be the difference in boosting lake effect snow totals. Last Christmas South Bend had 13 inches of snow, in what was the only BIG snow of the season.

A foot since Midnight. #inwx@DaveCaulfield_@jhammer2381@NWSIWXpic.twitter.com/wggr4HxKBj

The river is in the month of February. Anyone who tells you they know what February is going to be like at the end of October, is BLUFFING. I’ve had some really good winter forecasts bust, with a make-or-break February. February 2018 comes to mind. Almost 30 inches of snow fell in the first two weeks of the month. You win some and you lose some, but you try to put yourself in a possible winning position. That’s what I do with every forecast big and small, playing the odds to the most likely outcome.

Winter 2022 ( DEC - FEB) will be snowier than last year, I’m forecasting 62 inches of snow, which is a foot more than last year. The cold season is getting shorter, so it’s honestly going to come down to how much snow we can accumulate between Christmas and Valentines Day. That’s now where ‘real’ winter still exists. Anything outside of that is icing on the cake.

The temperature trend all year has been above normal, I don’t see a reason why that would change at this time. 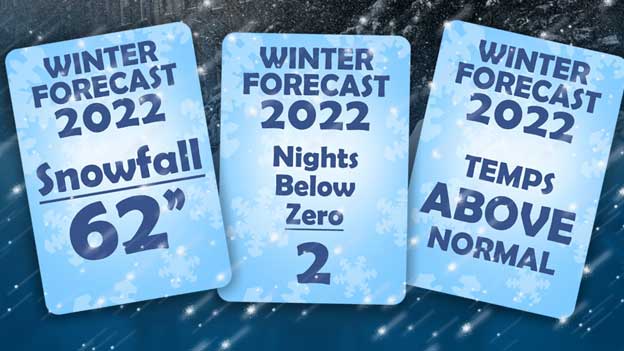 My boss, who is an avid poker player, thought I was joking when I said I could do a poker-themed outlook. The more I thought about it, the more impressed how good an analogy it was for a seasonal forecast.

If I had more time I could try to expand this casino theme. Forecasting a blizzard is akin to playing craps, it’s complicated. There’s a game-within the game. You hedge your bet and try to cover all the numbers, before the storm track changes / someone rolls a seven. 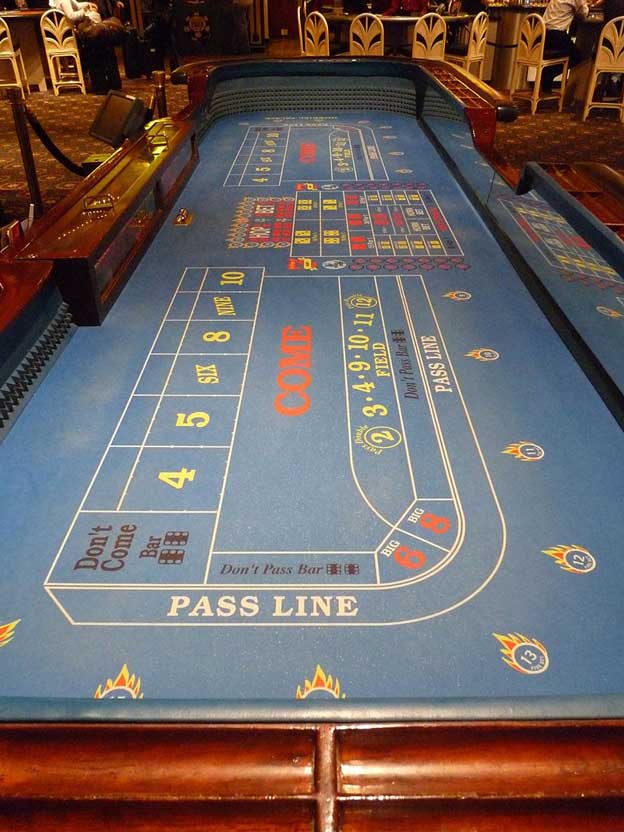 Lake effect snow, that’s definitely roulette. You put all your chips on one number and hope it hits, otherwise you walk away a loser. Yes, I know you can bet colors, odds or evens, and more than one number, but that’s like me telling everyone 1”-12”, and I’d always be right. 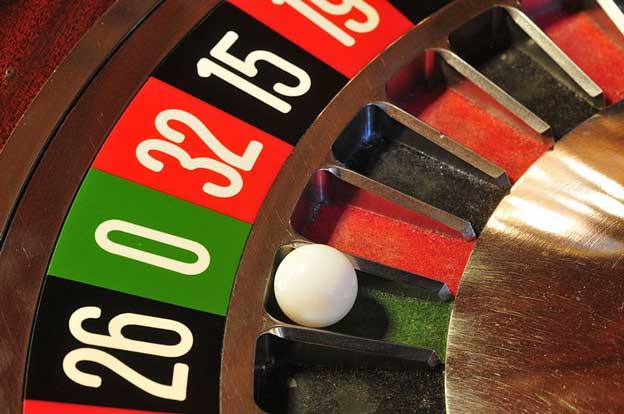 A seasonal forecast is a tool, it can help you plan in broad terms for what’s ahead, but it won’t tell you when exactly the coldest and snowiest days will be. Gambling is a form of entertainment, for most people. It’s not an investment strategy. Use both wisely.