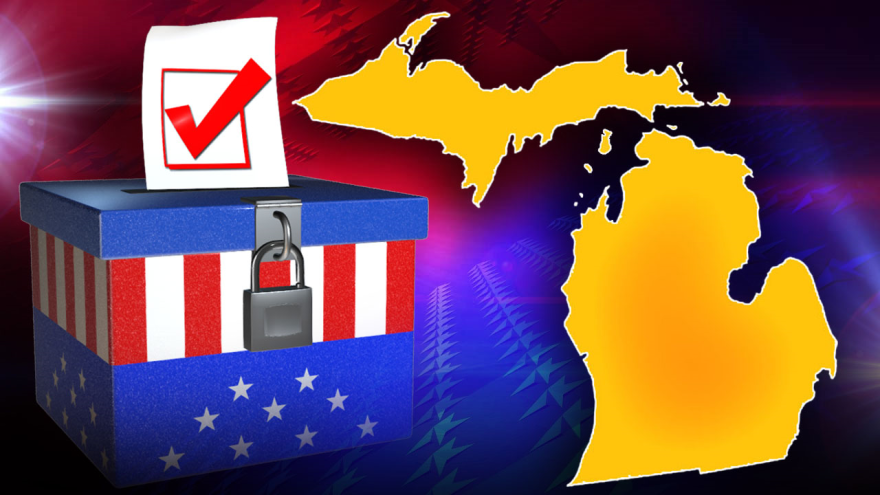 They covered topics such as the economy, abortion, taxes and gun violence. Education and school safety were also big talking points as Michigan approaches the one year anniversary of the mass shooting at Oxford High School

Both candidates discussed their plans to keep kids safe.

"I would like to have armed security in our schools. I would like to make sure we have a one entry point. I would also like to implement some of that plan that talks about how we identify a child that struggles with mental health," Dixon said.

"Guns are the number one killer of our children. I support secure storage. I support red flag laws. I support background checks," Whitmer said.

The candidates did agree on one topic, the possibility of mandating COVID-19 vaccines for children. Both said they would not require them.

Whitmer was leading in the polls by about 16 percentage points last month, but CNN reports Dixon has closed that gap down to just six points.

Senator Gary Peters, D-Mich. says it's no reason to panic.

"If you're looking at a battleground state like Michigan or battleground states like Georgia, Arizona and Nevada, those states are always very close, they're going to continue to be close this year and it will ultimately come down to voters that show up to vote on election day," Peters said.

Peters spoke with ABC57 one on one about the midterm elections and the governor's race in particular.

He expects that contest to be incredibly close.

Both parties are focused on voter turnout. Former President Donald Trump stumped with Tudor Dixon in Michigan earlier this month and former President Barack Obama is heading to Detroit with Whitmer for a rally this weekend.

Two weeks ahead of Election Day more than 1.8 million absentee ballots have been requested by Michigan voters.

The state is telling voters, if you have an absentee ballot, hand deliver it as soon as possible.

If you're voting in person, the polls will be open on Tuesday November 8th from 7 a.m. to 8 p.m. across Michigan.