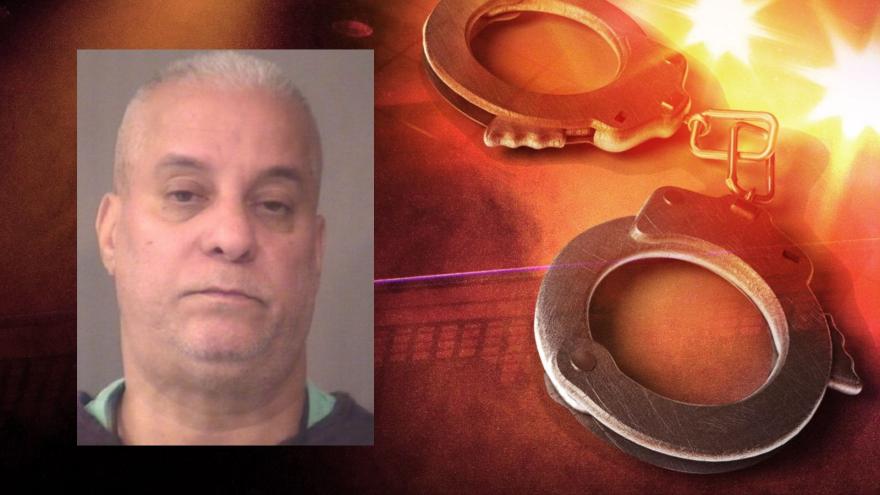 KOSCIUSKO COUNTY, Ind. - Victor Santos, the semi driver accused of crashing into a school bus in Warsaw on Saturday night, has been charged with four counts of serious bodily injury while operating a vehicle and 22 counts of criminal recklessness while armed with a deadly weapon, according to the probable cause affidavit.

Santos is suspected of driving under the influence of alcohol when the crash occurred.

At 8:06 p.m. on Saturday, officers with the Warsaw Police Department responded to a personal injury crash at the intersection of U.S. 30 and Center Street.

The Kosciusko County Sheriff's Office also responded to the scene.

Officers arrived to discover the crash involved a 2006 Freightliner Tractor Trailer and a 2008 International School Bus.

The driver of the Freightliner was identified as 58-year-old Victor Santos of Brooklyn, New York.

Santos told a deputy he was driving west on U.S. 30 when a school bus came out in front of him and he struck it, according to reports.

The deputy asked Santos to step out of the vehicle and when he did, Santos allegedly stumbled out of the Freightliner.

The deputy could smell the odor of an alcoholic beverage coming from Santos, according to reports.

When a different officer spoke to Santos, he could also smell the odor of an alcoholic beverage on him, reports said. The officer also noticed that Santos' eyes were red and glossy, and his speech was slurred and slow, reports said.

Field sobriety testing at the scene led the officer to believe Santos was intoxicated when the crash happened.

Santos allegedly refused to submit to a chemical test for intoxication.

The officer applied for and got a search warrant for a sample of Santos' blood to perform a certified test for intoxication.

Santos was taken to the Kosciusko County Jail and during the booking process, a portable breath test found that he had a .13% BrAC.

Police spoke to a pair of witnesses who traveled behind the Freightliner before the crash. According to the witnesses, they were following the Freightliner near Interstate 69 and U.S. 30 but sped up because of Santos' driving behavior.

Eventually, the Freightliner caught back up to them and Santos passed the two on U.S. 30, straddling the yellow line in the middle of the road and forcing the witnesses off the side of the road, reports said.

The witnesses continued to follow Santos and paced the Freightliner as traveling between 80 and 85 miles per hour near Warsaw.

They reported the Freightliner as a reckless driver and followed behind the vehicle with their hazard lights on.

As the Freightliner approached the red light at the intersection of U.S. 30 and Center Street, the witnesses said the vehicle's brake light lit up momentarily but that the semi continued into the intersection without slowing down.

The Freightliner allegedly ran the red light and struck a school bus that was turning left on a green arrow.

Two more witnesses said they began following the Freightliner on U.S. 30 near Columbia City and that the vehicle was traveling in excess of 90 miles per hour at times, reports said.

The witnesses said the light at Center Street in Warsaw was red for the Freightliner when the school bus was making a left-hand turn across U.S. 30.

According to the witnesses, the Freightliner did not hit the brakes or try to swerve to miss the bus.

The driver of the school bus said he was turning left from eastbound U.S. 30 on the green arrow. The bus was hit by the Freightliner as the bus was making the turn.

The impact caused the school bus to overturn. The bus received extensive damage and multiple people were injured, according to reports.

Three people were taken to the hospital for critical care treatment. All other patients were treated locally for their injuries.

A total of 20 passengers on the bus reported injuries. A total of 26 people were on the school bus at the time of the crash.