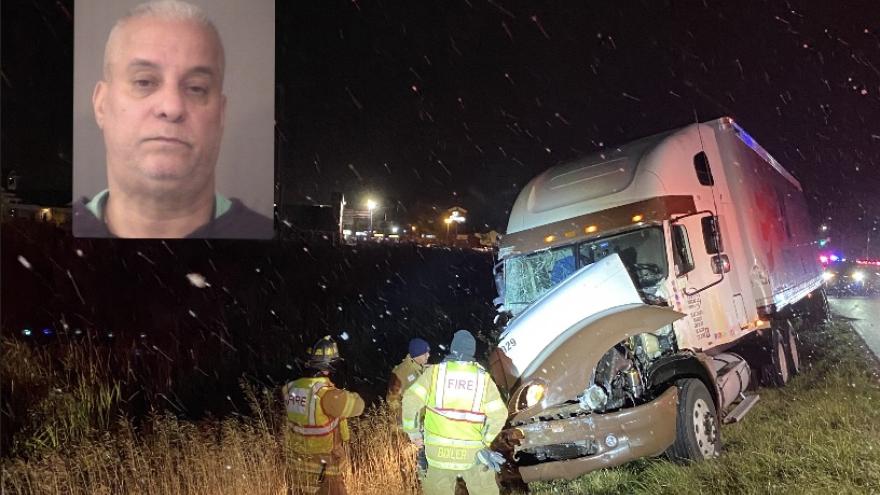 WARSAW, Ind. ---- The Warsaw Police and the Kosciusko County Prosecuting Attorney’s Office are bringing charges against the driver of a semi-truck that crashed into a school bus Saturday.

Victor Santos, 58, is facing four counts of causing serious bodily injury while operating a vehicle, a level 5 felony, and 22 counts of criminal recklessness (while armed with a deadly weapon), a level 6 felony.

The charges come after Santos crashed into a school bus full of teenage hockey players from St. Ignatius College Prep in Chicago. The JV hockey team of mostly 15-year-olds and two coaches were in town for a weekend tournament.

It's possible the driver will face additional charges in the November 12 crash. Police believe Santos had been drinking and he's still under investigation for operating a motor vehicle while intoxicated.

According to the Warsaw Police Department, Santos failed a standard field sobriety test and refused to submit to a chemical test. A search warrant was applied for and granted to take blood from the suspect. Those results are pending.