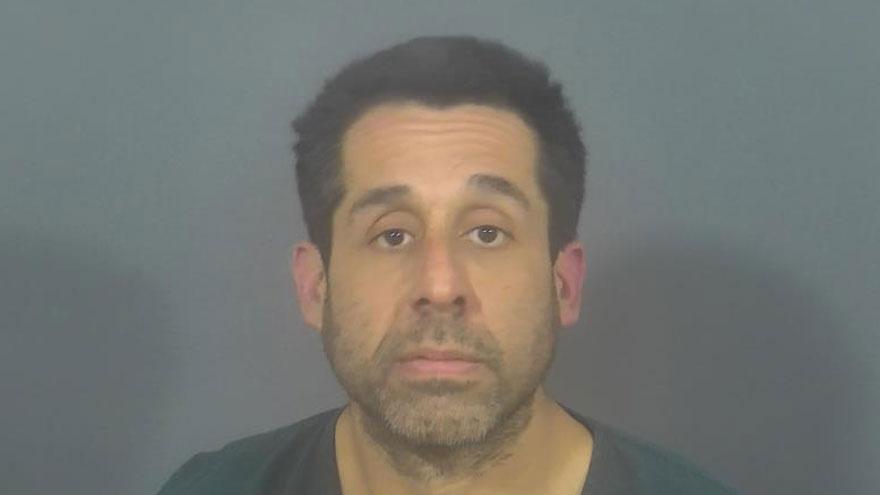 SOUTH BEND, Ind. -- A man was arrested for allegedly breaking into a garage after an alert neighbor witnessed the break in and contacted police, according to court records.

On January 3, South Bend Police responded to a home on E. Ewing for reports of a man kicking in the door of a garage and loading up his vehicle.

When police arrived, they located an SUV with Joshua Coffey and a woman inside.

The homeowner told police he had just arrived home and found his garage door open.

The neighbor who called police told officers on scene that she saw a man force his way into the garage, then carry a box-like object out of the garage and place it into the SUV, according to the probable cause affidavit.

She then saw the man go back into the garage three more times, reports said.

The neighbor had the entire incident on surveillance video.

Police confirmed with the neighbor that Coffey was the person she saw in the garage, reports said.

The woman who was with Coffey told police that she was taking Coffey home when her car ran out of gas. Coffey then got out of the vehicle and broke into the garage, according to the probable cause affidavit.

Coffey allegedly put a tool box into the vehicle and said he would tell police it was his if he got caught, according to the probable cause affidavit.

The victim was taken to the SUV. He saw the toolbox in the back of the SUV and identified it as his property, reports said.

Coffey has been charged with burglary and theft.

UPDATE: On September 15, Coffee pleaded guilty to burglary and the two theft charges were dismissed as part of a plea agreement. He was sentenced to 4 years in prison with credit for 64 days.