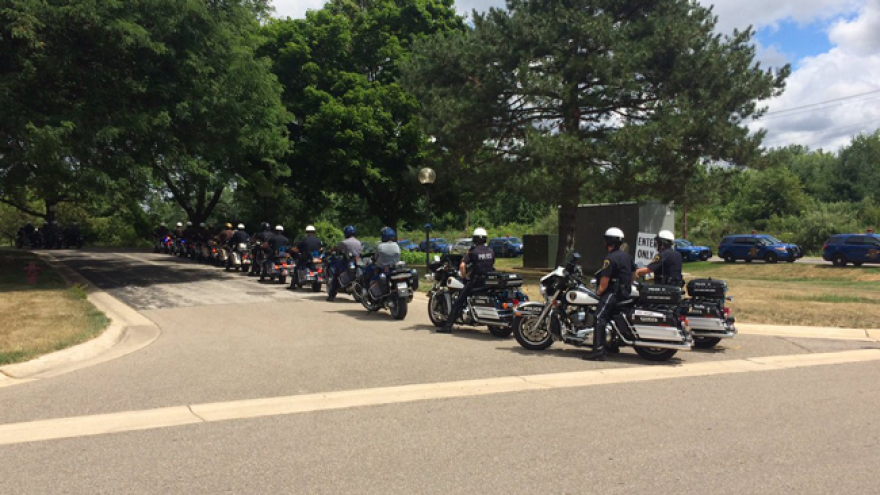 The head of security for the Berrien County Courthouse, Joe Zangaro, was honored Friday at a Celebration of Life Service at the Mendel center on the campus of Lake Michigan College.

There were 1,500 people in attendance, 800 of those were law enforcement.

The family did not want the media inside the center for the funeral, but media was allowed to attend the memorial rites, flag folding ceremony and 21 gun salute following the service.

Berrien County Sheriff Paul Bailey knew Zangaro. He spoke to reporters after the services were complete around 3:30 p.m.

"He touched the lives of so many people for good. He cared about our community, he cared about the state of Michigan. He loved being a state trooper but every time we met he talked about his family and his girls. He just loved them so much," said Sheriff Bailey. "When he became the head of court security he took it so seriously. He wanted to make sure it was a safe environment"

Zangaro began his law enforcement career with the Battle Creek City Police Department. Then he joined the Michigan State Police and worked there for 25 years.

After he retired from the Michigan State Police, he became the head of security for the Berrien County Courthouse.

He worked at the courthouse for 12 years.

His funeral will be held Monday, also at the Mendel Center.