Michiana flirting with frost into the second week of May

NOW: Michiana flirting with frost into the second week of May

The fifth month of year has a perfect name, at least in Michiana.

That's because it "may" be 80 degrees (like it was on May 2) or we "may" have to fight off a frost well into the second week of this finicky weather month.

Michiana is not done with the chilly nights just yet, as lows stay mostly in the 30s for Mother's Day weekend and beyond. 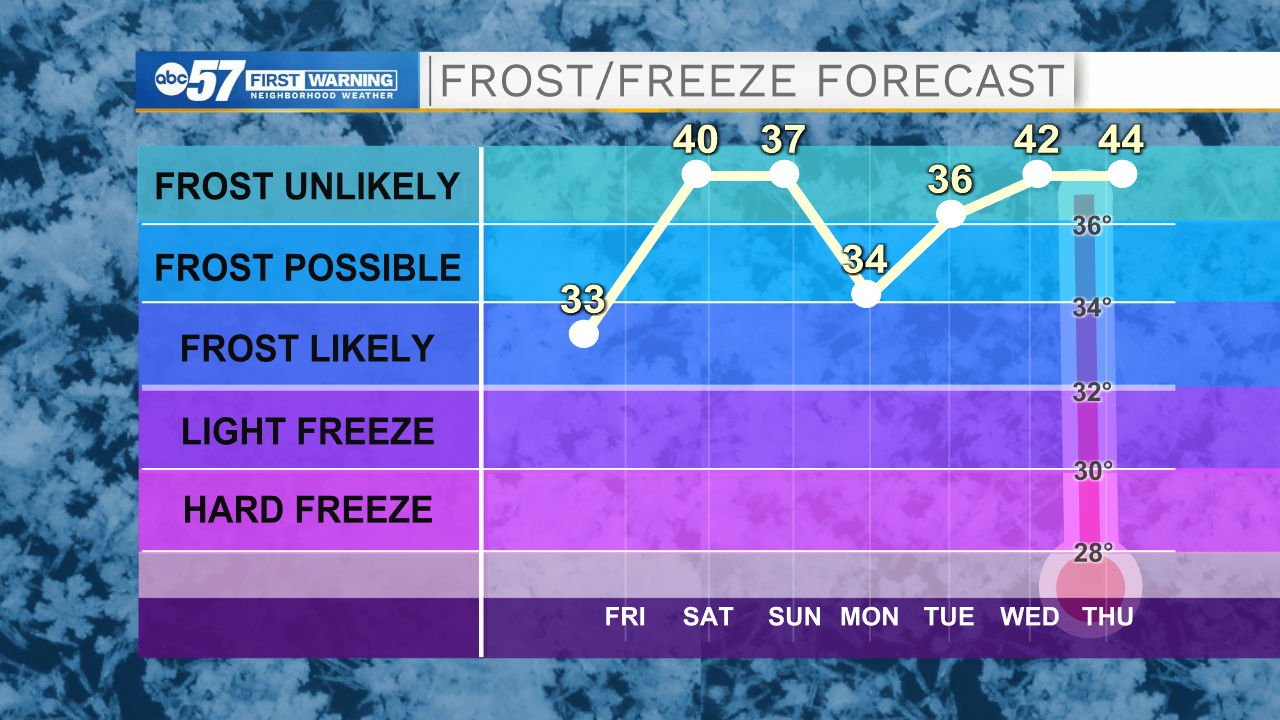 All of ABC57's forecast area is under a frost advisory Saturday morning.

Bring those potted plants ? inside or close to the house tonight, and hold off on garden ? planting until the middle of next week.https://t.co/81y0RPEq1H | #inwx #miwx pic.twitter.com/MxeVwKQ3Ui

This chance of frost comes on the heels of Michiana's hard freeze at the end of April. 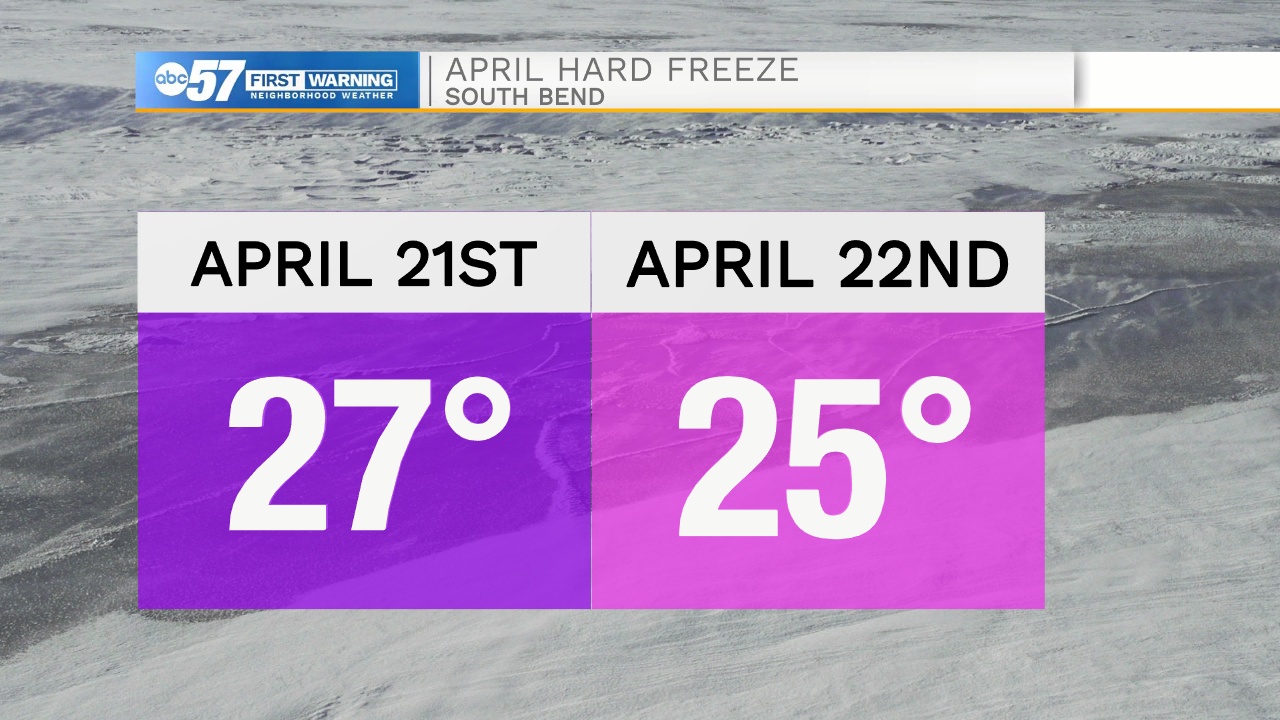 While the average last FREEZE of the season in South Bend is May 1, our area can still get low temperatures in the middle 30s well into May. 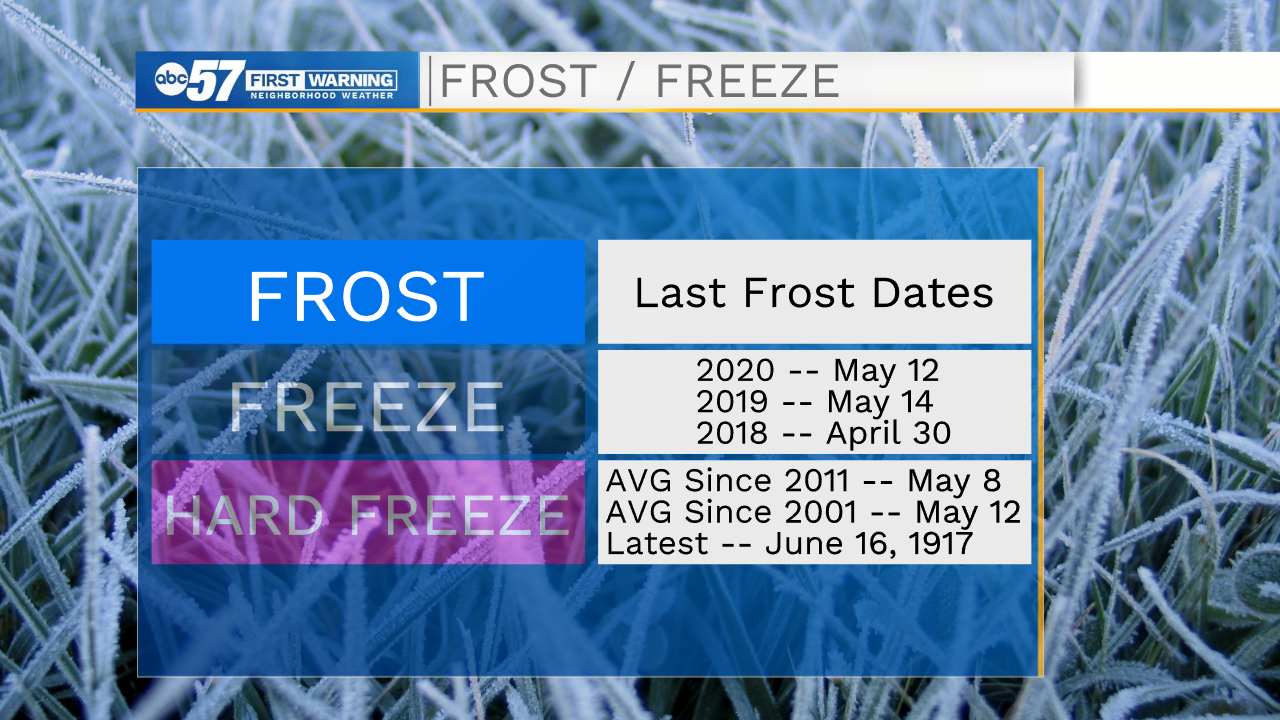 It looks like we'll have to delay Mother's Day weekend planting until NEXT weekend. However, the temperature tide does seem to be turning, so to speak. Highs (and lows) will be back near normal by the second half of May.