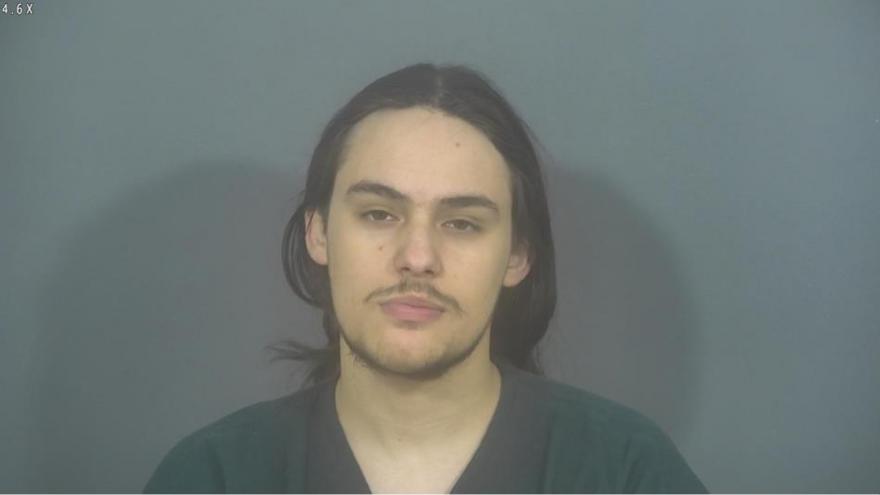 At 10 p.m., police were called to South Harris Street for a welfare check on a female.

South Bend officers were notified that officers from the St. Joseph County Police Department were out on a related call in their jurisdiction. St. Joseph County officers had met with the victim, who told them she had been abducted from her residence on South Harris Street.

The victim was taken to the hospital where she spoke with South Bend officers. The officers noticed her face was swollen and her eyes had blown-out blood vessels. She also complained of pain to her face.

The woman said her half-brother, identified as Joshua Herbert, came into her home on South Harris Street and a struggle arose, with Herbert dragging her out of her house, reports said.

Herbert then allegedly forced her into a white passenger-style van at gunpoint, according to reports.

The victim said she was forced to sit on the floor behind the driver’s seat because the rear driver’s side seat was missing.

Herbert’s girlfriend was also in the vehicle, she said.

During the incident, the victim said she was repeatedly beaten and that Herbert put a firearm close to her face and made threats to harm her, according to court documents.

After some time, the victim was forced to get out of the van, the victim said. She then looked for help on foot in very cold conditions, she said.

A South Bend police officer later spoke with two of the woman’s relatives, one of whom said he had been sleeping on the couch when he heard a knock at the door. He heard Herbert’s voice and an argument broke out, so he hid, he said.

Other South Bend officers traveled to North Huey Street after learning Herbert might be there. When they arrived, they saw a White Dodge Caravan parked in front of the residence.

Officers approached the Caravan and saw a rifle-style, long gun inside.

They also saw that the seat behind the front driver’s seat was missing.

Once officers confirmed who the vehicle belonged to and spoke with the owner, they got a search warrant and the firearm was collected as evidence.

Multiple people were located at the residence on North Huey Street, including Herbert. He was taken to the South Bend Police Department.

Herbert spoke with officers and said that at some point during the day of January 19, the victim and their brother came to Herbert’s home unexpectedly. Herbert said they asked for a handgun but he didn’t have one to give to them, reports said.

Herbert said the victim had taken his PS4 and his cell phone from his room, reports said. She then left the residence with their brother and her boyfriend.

Herbert said he then got into a vehicle and followed them to the intersection of Huron and Harris Street.

He said he got out of his vehicle and got into an argument with the victim’s boyfriend but that the argument never got physical and Herbert eventually left the area.

He denied having anything to do with the victim’s abduction or injuries, according to reports.

Herbert’s girlfriend was also interviewed and denied being present for any abduction.

She said she was asleep at the residence on North Huey Street at the time of the incident.

She did not say anything about Herbert’s whereabouts at the time of the abduction, reports said.

Herbert was arrested on the following charges:

Kidnapping where committed by using a vehicle

He is being held at the St. Joseph County Jail on no bond.

He is due to be arraigned in court on Monday.