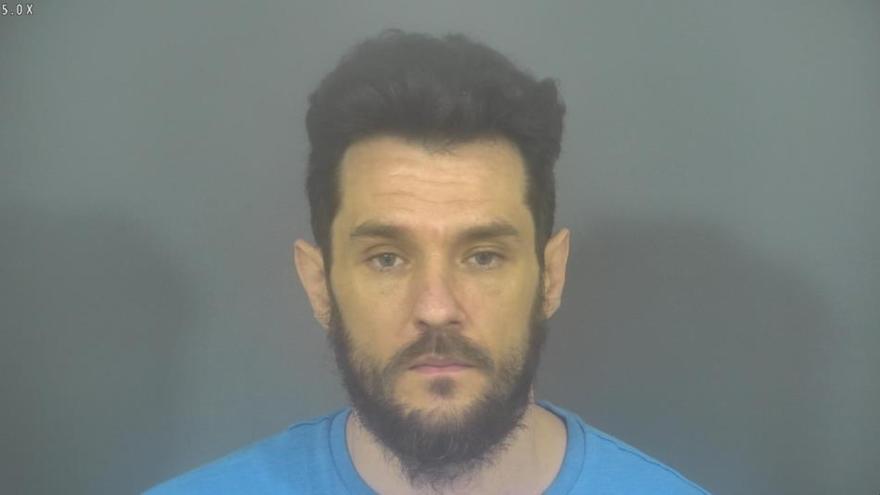 ST. JOSEPH COUNTY, Ind. – A man was arrested for allegedly leading police on a chase and, months later, for methamphetamine possession, according to the probable cause affidavit.

On January 23, an Indiana State Police trooper tried to stop a Hyundai for speeding near mile marker 81.5 on the Indiana Toll Road.

When the trooper turned on his vehicle’s lights, the Hyundai accelerated to speeds in excess of 100 miles per hour, initiating a chase, according to reports.

During the chase, the trooper saw the driver, later identified as Joseph Eric Suseland, allegedly look back at the trooper through the driver’s side mirror.

Suseland continued driving at approximately 115 miles per hour, driving in between the left and right westbound lanes and using the shoulder to pass vehicles, reports said.

Near mile marker 77, Suseland allegedly drove in between two westbound vehicles at approximately 100 miles per hour, nearly hitting one of the vehicles.

Suseland exited at mile marker 72, drove to the far-right toll lane, and rammed the stop arm at approximately 50 miles per hour, breaking the arm, police said.

During the chase on U.S. 31, the trooper was able to pull up next to Suseland and get a clear look at him.

Near the state line, Suseland used the outside shoulder to pass vehicles while traveling at approximately 110 miles per hour, according to police.

Once Suseland reached Michigan, the trooper had to end the chase.

The trooper found who the Hyundai was registered to and contacted the woman.

The woman said she let her brother, whom she identified as Suseland, borrow her car for the day to go to South Bend.

A photo of Suseland from the BMV matched the identity of the man the trooper saw driving the Hyundai.

The trooper discovered that Suseland had an active warrant out of Michigan.

At 11:53 a.m. on April 30, deputies with the Elkhart County Sheriff’s Office arrived to the 61000 block of Old C.R. 17 after hearing over the radio that there was a possible burglary in progress.

At the scene, deputies found a window open and two men standing inside.

After investigating further, deputies discovered the men were allowed to be in the residence because they were helping move items out of the home, reports said.

One of the men was identified as Joseph Suseland.

Deputies ran Suseland’s name through the BMV and found he had a valid warrant out of St. Joseph County for resisting law enforcement.

While searching him, deputies found a small, clear plastic bag in his front left jeans pocket. Inside the bag was a substance that deputies identified as methamphetamine, according to reports.

Suseland was charged with possession of methamphetamine in Elkhart County.

He was charged with resisting law enforcement, leaving the scene of an accident, and reckless driving in St. Joseph County.

Suseland was taken to the St. Joseph County Jail on June 17, where he is being held with no bond.