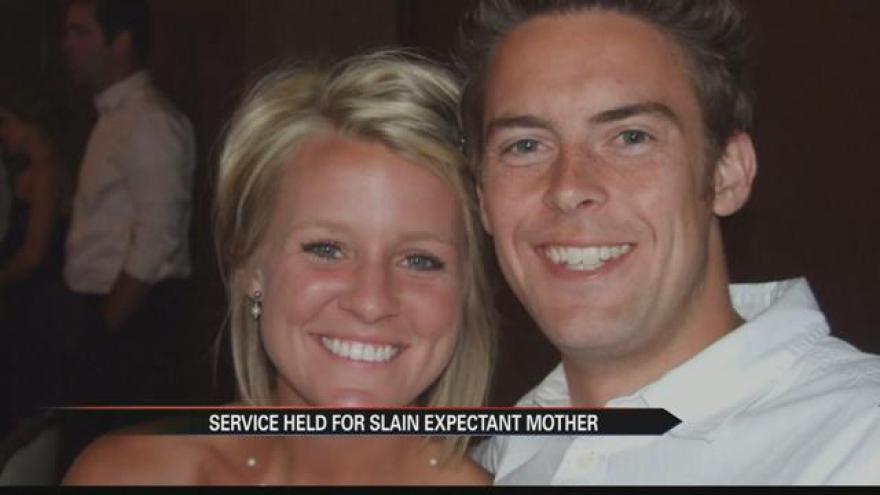 While police continue the hunt for the killer of a pregnant wife of an Indianapolis pastor, hundreds of local people celebrated her life on Sunday.

On Tuesday 28-year-old  Amanda Blackburn was found shot in the head inside her Indianapolis home.

Amanda’s husband, pastor of Resonate Church, found her when he returned from the gym.

On Wednesday Blackburn died in the hospital.

Blackburn had local ties, her father is the head pastor of the First Baptist Church in Elkhart.

While services were held for Blackburn in Indianapolis on Sunday, local people also wanted a way to pay tribute to her. Her father’s church live streamed the service.

Interviews with her parents, siblings, and church members played for a full house.

“Amanda was a gift from day one,” said Robin Byars, Amanda’s mother.

The service, which included live music, was presented as a celebration of Blackburn’s life rather than a mourning for the loss.

“We met Amanda and she was the girl of our dreams,” said Dave Blackburn, Amanda’s father-in-law.

“I always called her amazing Amanda because that’s what she was to us, she was just amazing,” said Brenda Blackburn, Amanda’s mother-in-law.