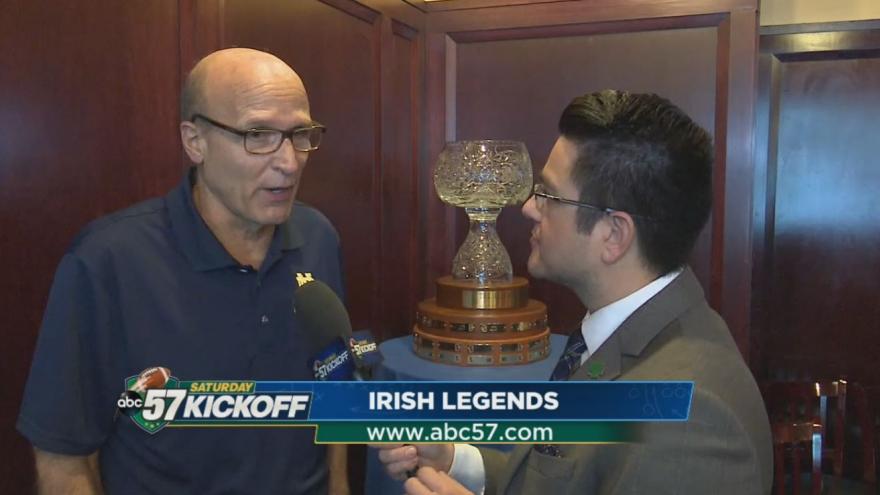 We talked with former quarterback Frank Allocco Sr. at the Legends Luncheon hosted by the Notre Dame Club of San Francisco.

"He was my hero. I remember one time watching 'Wake Up the Echoes' and hearing players talk about Rockne. One of them said, 'You would cut your throat for them' you know and that's the way we felt about Coach. Playing for him was one of the greatest thrills of my life," said Allocco.

Allocco described the season of the 1973 National Championship as of one of the best teams.

"It was an incredible year. I think that team was one of the finest I have ever seen. We just loved each other. He had built an incredible bond with this team and I've often said this, 'we weren't the most talented team in the world, but we were probably the most loving team in the world.' We would've done anything for each other, we all felt important,” he said. “I was the number two quarterback and holder, but yet I felt really valued that Coach Parseghian always made me feel important and the team respected each other, no matter what your position was on the team. There's this underlying respect and admiration for what you did. So, we all played for each other. There was no I want to be playing somewhere else, I want to transfer. No, we wanted to be here and part of this. We want to represent Notre Dame and represent the Golden Dome,”

But the Stanford-Notre Dame rivalry is even better.

"It's a great rivalry, particularly to get them out here on the West Coast. I've been living out here now, since I left Notre Dame and I know it creates a lot of excitement and a buzz. Stanford is such an amazing University. The academics mirrors what we do. We have so many things that we have in common and we have the little with the bands over the years, puts some attention to it. There have been some great coaches that have participated in this,” said Allocco.

All the money raised from the Legends Weekend events benefit the Student Scholarship Funds of the Notre Dame Clubs of Northern California.