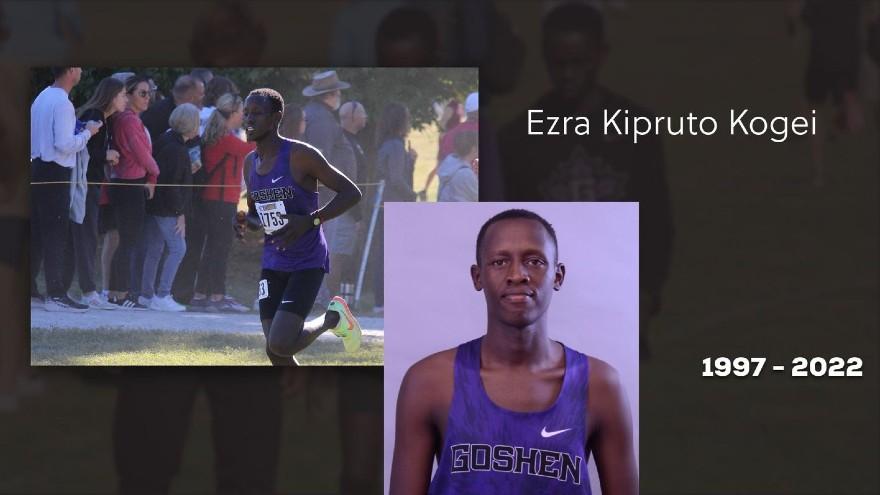 GOSHEN, Ind. -- 25-year-old Goshen College student-athlete Ezra Kipruto was taken off of life support on Saturday and died from his injuries, which were sustained in a one-vehicle crash on Monday, according to the Elkhart County Sheriff's Office.

According to officials, Kipruto entered a curve on County Road 16 and failed to navigate the turn, eventually going off of the roadway way and striking a utility pole.

Kipruto suffered from injuries to his head, torso and legs.

Police say that Kipruto had a blood alcohol content of .181 at the time of the crash.

Kipruto was a sophomore nursing major and a runner on the men's cross-country team at Goshen College.

He transferred to Goshen College from Liberty University, a D1 school in Virginia.

"What a blessing that Ezra came to us in search of what he quickly helped create: a vibrant, joyful and thriving community. He encouraged us to be passionate and to chase our dreams, because we might just catch them. Ezra will continue to run in our hearts." Said Nyce.

More information on Ezra and his life can be found here.

A memorial service is being planned.