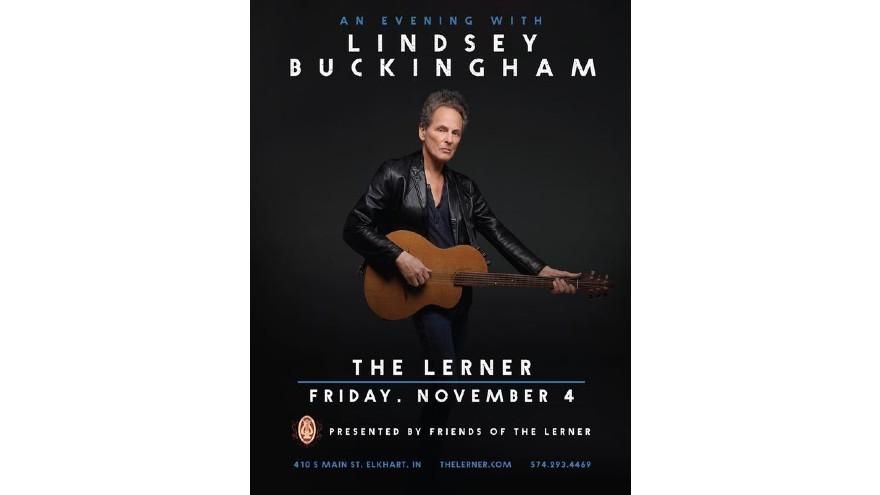 ELKHART, Ind. -- Lindsey Buckingham, the former front man of classic rock group Fleetwood Mac, has been announced to perform at the Lerner Theatre on November 4, according to the Friends of the Lerner Theatre.

The show is set to start at 7:30 p.m. and general admission tickets will go on sale Friday at 10 a.m.

Ticket prices for the event range from $39 per person to VIP access for $224.

Buckingham's song credits include titles such as 'Never Going Back Again', 'The Chain', 'Big Love' and 'Holiday Road'.

Buckingham is a Rock and Roll Hall of Fame inductee and is ranked in the top 100 of Rolling Stone's 2011 list of 'The 100 Greatest Guitarists of All Time'.