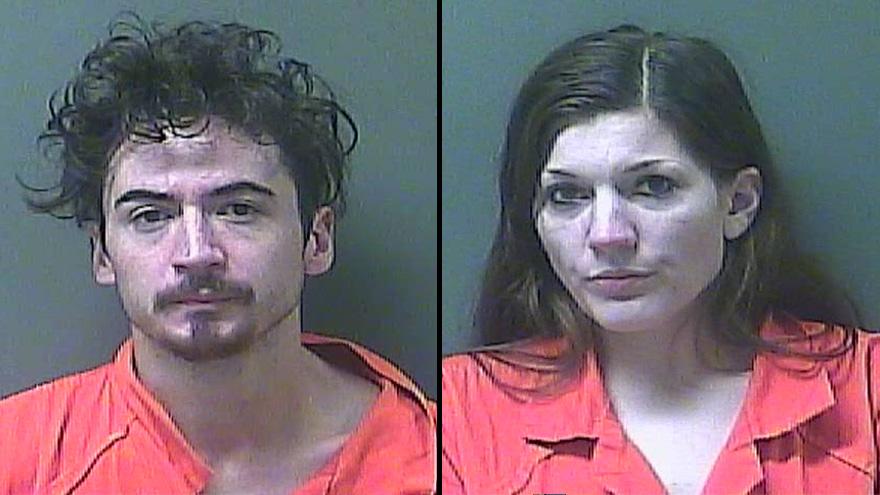 LA PORTE COUNTY, Ind. -- A Michigan City man was arrested on drug charges after a deputy conducted a traffic stop on his vehicle on October 2, according to the La Porte County Sheriff's Office.

On October 2, a deputy spotted a white Nissan commit a traffic infraction and conducted a traffic stop in the 5800 block of CR 450 West.

During the traffic stop, deputies said they found illegal drugs and drug paraphernalia.

The driver, Patrick Myhand, 32, was taken into custody on preliminary charges of dealing in methamphetamine, driving while suspended and possession of paraphernalia.

The passenger, Amelia McCullough, 28, was taken into custody for a warrant out of St. Joseph County.