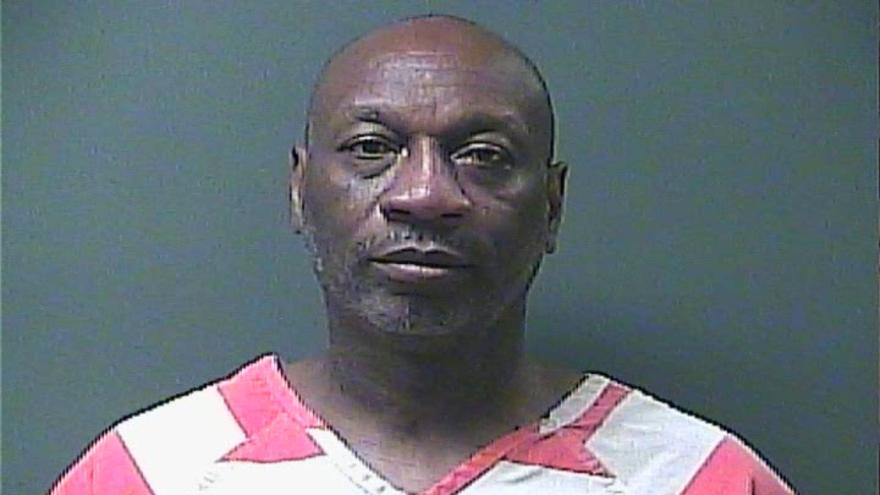 LA PORTE COUNTY, Ind. - A man was arrested for leaving the scene of a crash after he drove quickly past a school bus and then struck a NIPSCO wire before driving away, according to the La Porte County Sheriff's Office.

Chukudi Chinwah, 56, of Crown Point, was arrested on the charge of leaving the scene of a crash.

The initial crash investigation found that a South Central Community School Corporation bus was slowing and getting ready to turn right off the highway.

As it did so, the bus driver noticed a vehicle approaching the rear of the bus and not slowing down.

To avoid being hit, the bus driver did not complete the turn.

The vehicle passed the school bus on the right, left the westbound lanes of U.S. 30, and traveled off the roadway.

The vehicle then struck a guy wire affixed to a NIPSCO utility pole, reports said. The impact snapped the pole in half, causing the transformer and wires to fall to the ground.

The vehicle's driver briefly stopped at the scene but later left, driving westbound on U.S. 30.

The investigation eventually led deputies to identify Chinwah as the driver. On September 15, an arrest warrant was issued for Chinwah for leaving the scene of a crash.

On Monday, Chinwah turned himself in and was booked into the La Porte County Jail.

He later posted bond on his behalf and was released from the jail the same day.